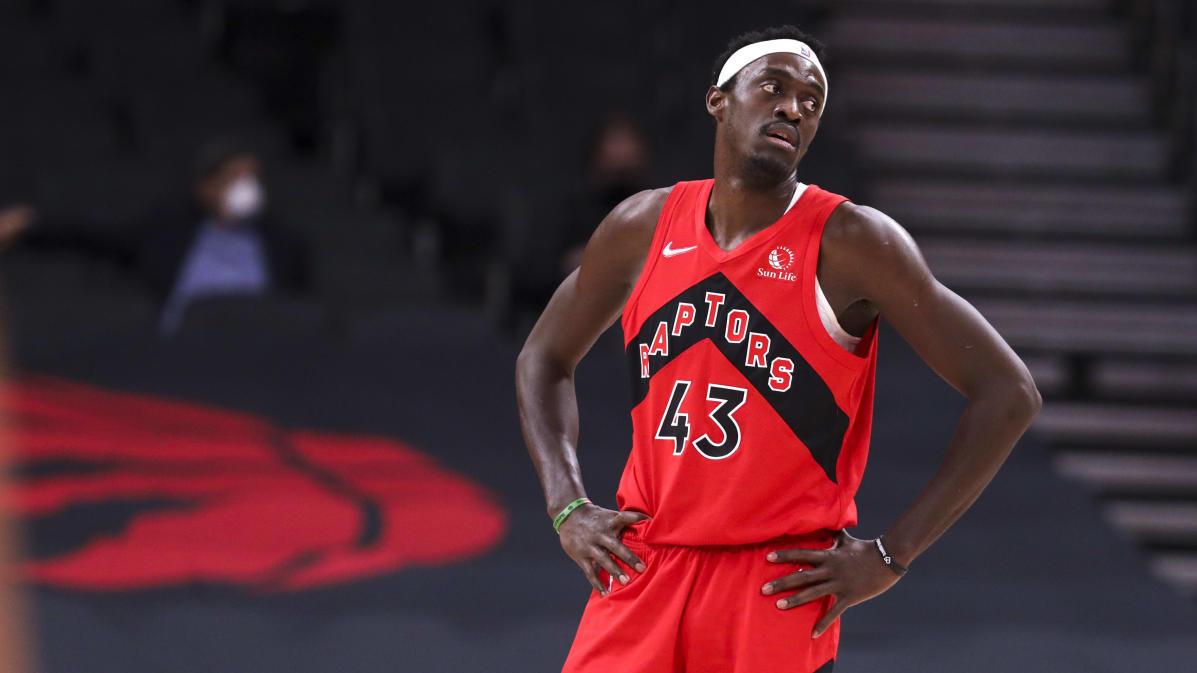 “I’m super proud of the guys”

Pascal Siakam conceded the Raptors lacked energy in the loss to the Trail Blazers, but emphasized his pride in the team’s positivity and levels of competition, even in a tough, fanless game.

Follow our Raptors coverage throughout the season on Yahoo Sports Canada.

– Pascal, so you’re down 26 or something in the second quarter, you end up down 30. Like how was the feeling on the bench at that point in the game? Like did you kind of – what was the energy, what was the conversation like when you were this far away?

PASCAL SIAKAM: I mean, yeah, it’s one of those games. But it’s just hard to find energy. And then I felt like nothing was going our way. But I mean, I like– every time we fall, the thing that I always tell myself is just like, you know, let’s keep, just keep fighting. I think that’s the group of guys we have.

And you know, I’m just trying to keep everybody energized, as high as possible, to keep cheering and being positive. Like, that’s all you can be at this time. You know? Let’s try doing some runs and having them call timeouts.

As if that was just what was going through our minds. You know what I mean? For a good part of the game, you know, things weren’t going our way. So, but I think we just kept going, like – we gotta keep going, we gotta keep fighting.

– How hard is it to finish a match like this when you have to expend so much energy to get back to it?

PASCAL SIAKAM: Oh, yeah, it’s hard, but I’m super proud of the guys, man. Like, I think – you know, I’ve been in the league for a little while, and I just feel like every time teams are down like this, it’s like you’re packing it.

And you know, we spent a lot of energy, but I just think everyone gave it their all, and that’s all you can ask for. And obviously that wasn’t the way we wanted to play the game, but things happen. And once that’s done, we have to keep fighting. And I think I like our fight tonight.

– Is it just you and Fred talking right now, or is it everyone?

PASCAL SIAKAM: I think it’s mostly me and Fred, that’s for sure. But I think everyone participates, as you know, wherever they have something they see.

– Is there anything you can learn from late-game madness, all-pitch pressing, that you can take in a normal setting, or is it just for those situations?

PASCAL SIAKAM: I mean, it’s hard to press like that. I mean, you play in the NBA, you know, the guys are really good. So I think, you know, sometimes we can, we can get into that, I think, because we have the athletes to do it.

We have the athletes to do it, so maybe we can. But I just think it was like a situation where we had to go out there and find whatever we could. But I think we still have a team that wants to rush and make guys feel uncomfortable.

– Question in French for you, Pascal, from Mike. Go ahead, Mike.

– Great. Thanks Pascal. That’s it.

Airbnb is offering a year in Italy rent-free, and YOU can apply