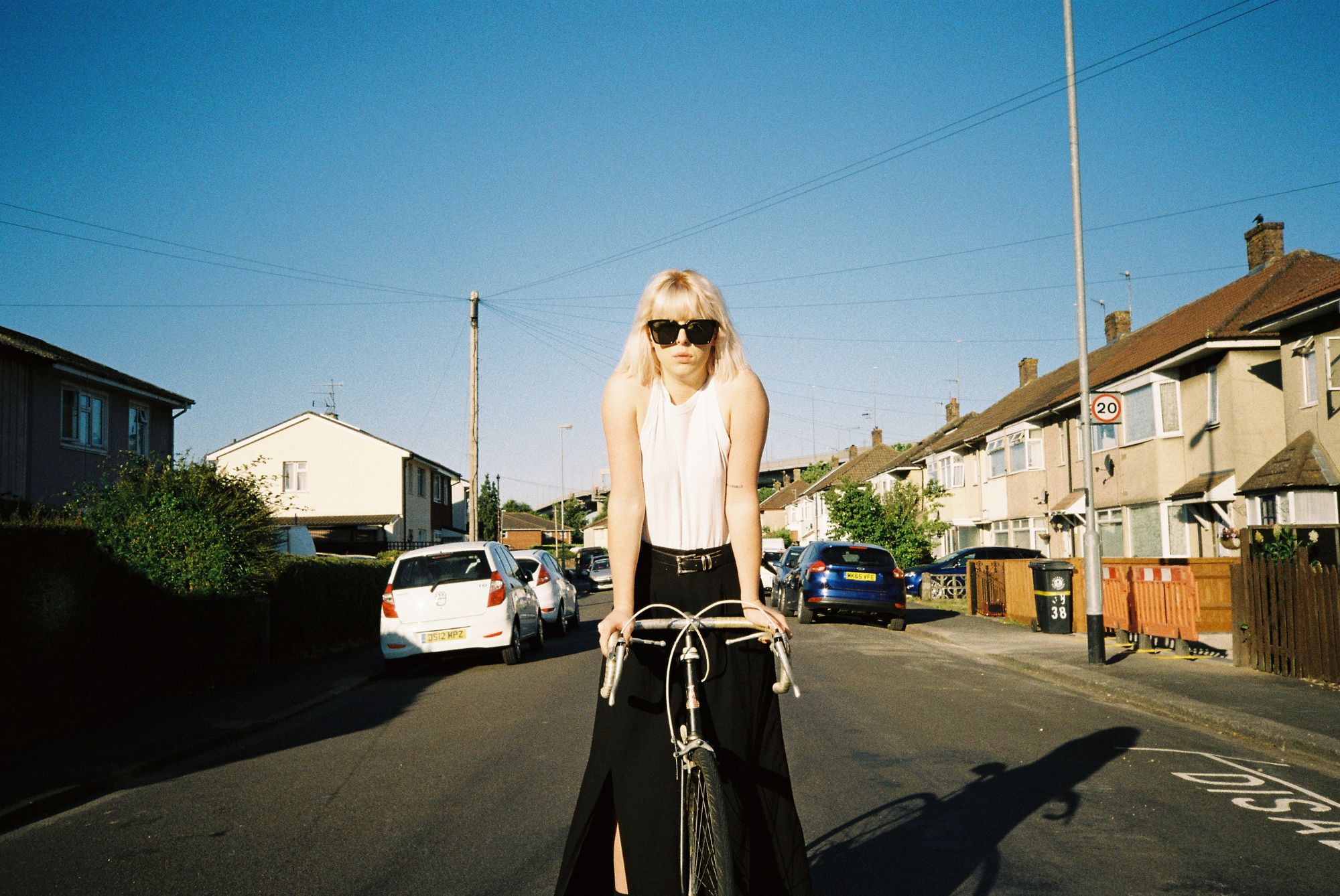 In conversation with Fenne Lily

Ahead of her next gig at Thekla, epigram catches up with Fenne Lily as she prepares to play her latest album live for the first time.

I want to start by congratulating you on the success of INFRINGE. It’s very beautiful, and something that I was able to relate to on a personal level. If you had to pick a favorite track from the new record, what would it be and why?

Probably Elliot. I mean, I only did two albums, but with those two albums, we almost finished recording and some kind of song came up. For the first record, it was Carpark, then for INFRINGE, it was Elliot. I accidentally wrote it on Airbnb when we were recording in Chicago. This is the first song I wrote about someone else’s experience. It’s about my dad, and his dad, and the feeling of inheriting a feeling of sadness, which I think about a lot with my parents. I feel like I’m afraid of a lot of the same things they are – I inherited their pain somehow.

Alapathy is the single you chose to lead the project – why? How do you decide which track to release first?

It’s really difficult. I have some regrets about the track list. It can change every day. Sometimes the track you think you hit the hardest is the one you least expect. Choosing a lead single is difficult, but generally speaking, leading with something that leaves more questions than answers is the way to go. I chose Alapathy because it is more enthusiastic and rhythmic than what I have released in the past.

Did Alapathy have a taste for a new direction in which you were going?

Yeah, absolutely. I wrote this album to play it live; I have a really brilliant group that is way more competent than the roles I write for them. I wanted to change things up a bit, to be a bit more confident. I think I tend to be a lot softer than necessary because I’m nervous about stepping out of that space.

All along INFRINGE, you explore the feeling of catharsis – the vulnerability of moving from adolescence to twenties. After the release, did you experience any comforting feelings after expressing these feelings in the open?

It’s really hard to analyze, because on the one hand, yes. Releasing an album for me is the ability to close a door and move on, which is really cathartic and relaxing. At the same time, this album was meant to be played live and I was doing it on my own on Zoom, and it was really sad. So in some ways I feel like the chapter is unfinished. We start the tour on the 22sd November, and this will be the cathartic closure I needed a year ago. I didn’t really have the chance to play those songs with the band. I feel like I’ve changed a lot since I wrote these songs – changed even more since I released them. I have to relearn how to play them because I have almost evolved a little; it’s like putting myself back in the shoes of my 21 year old self.

INFRINGE sees you writing in a more introspective way. Do you think this is a more authentic way of expressing emotions than the way you wrote about love and relationships in 2018? Waiting?

I mean, it totally depends on the emotion. But yes, I think. For a long time, I saw my identity as a kind of reflection of how other people saw me, so I knew that for INFRINGE I wanted to write more about how I saw myself, because I’m more with myself than with others. I wanted this record to be an exploration of learning: how to be alone but still struggling, the kind of dichotomy of feeling good when in fact, I really am not.

After using loneliness as a source of inspiration, like so many artists during the pandemic, do you think the music written and released during this time will serve as an emotional mark?

I think whatever is written during this time will be heartwarming for people in the future, as there has never really been a time when everyone feels a bit the same. It’s almost cool. We are all bound by understanding, so if you’ve survived 25 years of your life without ever feeling alone or separated from your family, now you understand what that is like.

Throughout your life you have lived in various places: Dorset, Berlin, even here in Bristol. Do you find that living in different environments can affect your writing process in any way?

100 percent, and that’s something that became really evident to me during the pandemic because I was in my apartment all the time. I had a really hard time writing, even just diaristic songs about my own experience. I think being in the same place is not natural for us as people. I’m not saying we should all move every year, but it’s really nice to feel like a stranger sometimes, especially if you’re a shy person or someone who criticizes yourself all the time. It’s really healthy and inspiring to be in a new place when you’re just exploring – there’s this childlike wonder that everything is new.

Are there any artists, places or places in Bristol that hold a special place in your heart?

My favorite place to play will always be Louisiana, just because I really trust them to take care of the people who play. The team is really cool and the sound people are always very good. I like this closeness, this situation where you could spit in your face. There is a new place that has opened called Strange Brew by The Lanes and I have been to a few shows there recently.

What is your experience as an artist in Bristol?

I mean, most of the momentum behind me to write is going to shows and seeing how my friends or new bands perform their songs live. It’s just a cool place to be, to collect feelings from someone else’s music, then come home and think, “I wanna do this, that was fun.” There are also so many great bands, starting all the time. If you get the chance to see Katie J Pearson do it, she’s so good live.

In conversation with Holiday Ghosts

Which artist would you say over the past decade has been an inspiration to you?

I know exactly who I’m going to say – Damien Jurado. He’s my artist all the time, every time. His lyrics are poetic and very down to earth, almost like a stream of consciousness, but not in a way that you can get lost in. I listen to him when I’m happy and when I’m sad – he’s like my bread and butter. If I ever meet him, I’m going to have a fan girl moment.

As we near the end of the year and it’s almost time for Spotify to wrap up, which artists or tracks do you see being at the top of your list?

Potentially “When the Morning Comes” by Hall and Oates. They are so good – I only realized they were good recently and I feel like a jerk!

Do you think that in your next project you will move away from your past sound? What future for Fenne Lily?

I want to get to a point where I’ve made a record I’m 100% happy with, and it hasn’t happened yet. I like the last two albums but at the same time not. I want to find that healthy point between being lyrically honest but not overly honest, while being really solid live and playing with my strength as a physical musician. I set myself the goal of making five records. I would like to retrain so that I can do something else, just have another kind of career change. It’s hard to say. I think it’s one of those things where people say they’re never gonna have another baby and then they have another baby. There is a really cool feeling that I get knowing that this is still the very beginning of my life.

Tickets are still available to see Fenne at Thekla on November 26th. You can get them here.

Are you going to see Fenne Lily on tour?