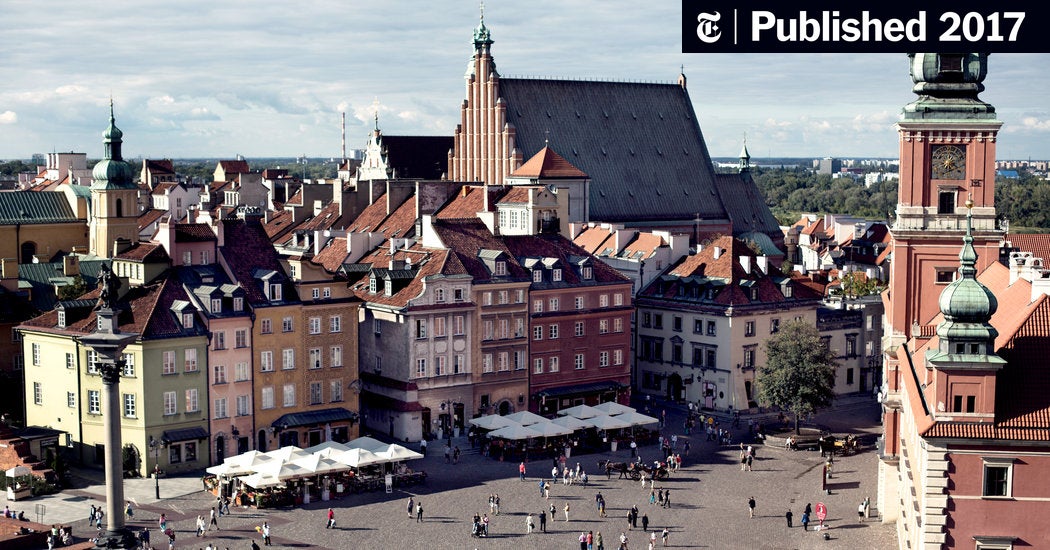 In Warsaw, with Chopin as muse

When I was young and taking weekly piano lessons, I loved playing Chopin. Its melodic lines hovered above a sea of ​​dreamy romanticism. Although culturally adopted by the French, Frederick (Fryderyk, in his native language) Chopin was, of course, Polish, born in a town near Warsaw in 1810. The war, however, forced him to leave his homeland at a young age and he was never able to return before his death at 39.

In Warsaw, national pride runs deep for its best-known composer. There are events, concerts, monuments, museums, even entire schools bearing Chopin’s name. My personal love for the composer’s music brought me to his hometown, eager to learn more about his life. But with the help of some local connections, I gained a lot more from my visit – a deeper understanding and appreciation of a city that is an often overlooked gold mine for budget travelers.

“Please don’t take a picture of that,” said Malgorzata, my kind and generous Polish host I stayed with (she is the mother of a friend). I obeyed, tilting my camera down Palace of Culture and Science, an impressive and ornate structure in the center of the city which is also the tallest building in Poland. She laughed and said she was joking, but there was some truth to her joke. The building, she explained, was Russian, not Polish – an important distinction. “A gift from Stalin,” she said dryly.

Warsaw, like many places in Eastern Europe, has a painful and multifaceted relationship with history and neighboring powers. Russian influence (and its “gifts”) are evident in much of the prosaic and blocky architecture found throughout the city. The old town, with its beautiful, soft colors, is old only in name – a faithful recreation of the original which was almost destroyed by the Nazis in WWII. (Climb 150 steps to the top of the Taras Widokowy for great views of the old town – a good deal at 5 zloty, around $ 1.40.)

Malgosia (a nickname for Malgorzata) and I walked towards the Warsaw Philharmonic attend a concert in the evening. (The building was originally built between 1900 and 1901 and was rebuilt in the 1950s.) I suggested we take an Uber, which I found safe and reliable in Warsaw; she said she preferred her proven (and much cheaper) public transport. We made a compromise, taking the bus and Metro there (3.40 zloty for a bus-train transfer ticket) and an Uber return (around 24 zloty). She jokingly berated me with a tsk as I opened the app on my phone. I felt downright debauched.

I approached the ticket office, planning to shell out 25 zloty each for the cheapest seats available. “Let me handle this,” she said, and started talking to a woman holding a handful of tickets in the lobby who was looking around aimlessly. Malgosia returned a minute later with two 45 zloty tickets – better seats than I intended to buy – which sort of only cost 9 zloty each, around $ 2.50. The woman had bought heavily discounted tickets for a group of elderly people who had not shown up, Malgosia said, and rather than let them go to waste, she was trying to sell them. I was completely out-Frugal-ed.

The concert program, which included a piano concerto by Alexander Tansman and an orchestral piece by Pawel Klecki, was excellent and featured the great musicality of pianist Jonathan Plowright. During the intermission, we walked through the floor of a high-ceilinged reception hall, stopping to admire the busts of Chopin and Ignacy Jan Paderewski, a prominent composer and politician. Paderewski, who fought for Poland’s independence from Germany at the turn of the 20th century, was an even more important figure than Chopin, said Malgosia, “emotionally and politically”.

Then we went nearby Appeal, a bar and a cafe on Bielanska Street. It’s a lively place, open until 4 a.m. on weekends, and perfect for a nightcap or a late casual bite, with Americanos for 8 zloty and specialty cocktails at 15 zloty. I had one of the best herbal tea sets I have ever enjoyed for 10 zlotys; it came with lemon, lime and orange wedges, cookies and a handful of mixed spices. A small Tyskie beer cost only 6 zlotys.

Music is in the streets of central Warsaw and I heard a lot of it as I wandered through the city center. Public benches which double function as a boombox and furniture are placed all over town – in places like Krasinski Square or the Saski Palace, the former residence of the Chopin family – playing excerpts from some of Chopin’s famous nocturnes and poles .

Sometimes a more direct approach is used to attract music lovers. “Chopin’s concert today at 6:00 pm” read a large banner hanging from a building in Swietokrzyska Street. I stopped a little before show time at the House of music and bought a ticket for the evening’s show, solo piano, for 50 zloty. The environment is perfect for an intimate recital – a lounge-like setting with tables where patrons can sip tea or coffee – probably the way the music was originally heard.

The pianist, Maria Marquez Torres, barged in through the door a few minutes after the start time, threw off his coat and took his place at the piano. Her rushed entry resulted in a somewhat sloppy interpretation of a polonaise and a ballad. She settled in, however, with a much-loved rendition of Albéniz’s “Suite Española”. Different artists tour through the House of Music, and the schedule changes frequently – my experience was fun, but not at the cheaper Philharmonic concert level.

The Fryderyk Chopin Museum (entry, 17 zloty), a short walk from where I attended the House of Music piano recital, is a must see for anyone with even a passing interest in the composer. There are old manuscripts, concert posters, personal effects, and interactive exhibits (for example, something called Twister Muzyczny – Musical Twister) that take you through almost every stage of Chopin’s brief life. One of the highlights for me was seeing Chopin’s last piano. Built in the 1840s by Ignace Pleyel, the magnificent 82-key specimen seemed to radiate the energy and sadness that characterized much of Chopin’s music.

There is an entire room dedicated to the women in Chopin’s life (he was apparently a popular man). Details of her relationship with Maria Wodzinska, opera singer Jenny Lind, Jane Stirling and, of course, George Sand are all pictured. What I found particularly fascinating, however, was the exhibition which emphasized Chopin’s love for opera. The young composer was obsessed with Italian opera, especially the work of Rossini, and attended performances at the National Theater whenever he had the chance. Although he never wrote an opera, the worship of Chopin takes on its full meaning – the concept of bel canto is easily reflected in the melodies of his works. Then I crossed the path and walked around the Fryderyk Chopin University of Music, where I heard students practice their instruments, sing or accompany each other.

Hunger for music and hunger for food are not mutually exclusive, and I have certainly spent quite a bit of time looking for good, inexpensive food. Fortunately, Warsaw is full of them. Prasowy is a clean, relaxed “milk bar” – a throwback and recovery from 1950s communist style cafeterias. Prasowy means media or press, and was, according to Agata (Malgosia’s daughter and my lunch partner), popular with Polish journalists of the time.

We ordered pierogi, of course – Prasowy serves a number of different styles of traditional dumpling. My favorite, the Ruskie, costs only 6 zlotys for six coins. Adding skwarki, or fried lard, for an extra zloty is highly recommended and adds a crunch of pork and bacon. The Ukrainian borscht was also quite good (5.90 zloty), a tangy soup made from red beets with green beans and pieces of potato. Agata also took me Cafe Karma at Zbawiecela Plaza (“a hipster neighborhood,” she said) where I had an AeroPress coffee for 9 zloty and a decent croissant for 6 zloty.

The Radio-cafe was probably my favorite, however, a warm and friendly restaurant that honors and serves as a club for former employees of Radio Free Europe in Munich. On the walls are political cartoons, old photos of politicians and memorabilia from the Iron Curtain era. I just had a cappuccino (10 zloty), but there is also a full menu for dinner.

Getting to know Chopin doesn’t mean being limited by city limits. An easy day trip from Warsaw is to his birthplace, Zelazowa Wola, 35 minutes away train journey from central Warsaw (18 zloty) followed by a short bus ride. The museum is limited – it’s basically just a small house – but there is a beautiful surrounding park where concerts are held during summer weekends. Admission is 23 zloty and is free on Wednesdays.

The most moving monument in Chopin’s life, however, is free. When Chopin, who was chronically ill for most of his adult life, died at the age of 39, his body was buried in the famous Parisian cemetery of Père Lachaise. His heart, however, belonged to Poland – literally. Chopin asked his sister, Ludwika, to return her heart to Poland to be buried. She accepted, secreting it out of France.

When I visited the Church of the Holy Cross, opposite the University of Warsaw, I approached a white pillar with a simple inscription: “Tu Spoczywa Serce Fryderyk Chopina”. Here lies the heart of Frédéric Chopin – a sad, but deeply poetic ending for a man who was truly one of the great poets of the keyboard.