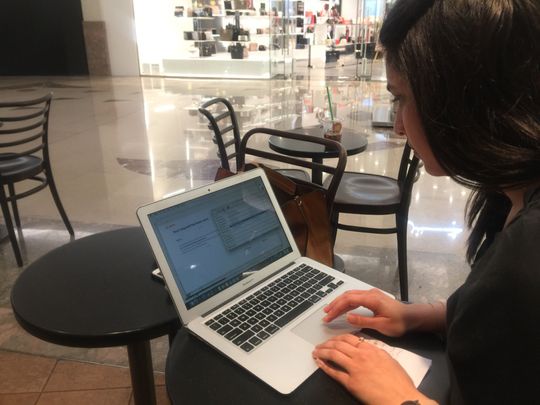 Dubai: An Indian exhibition and conference director in Dubai was appalled after losing more than Dh 16,000 to a fake Airbnb website.

The victim, Anamika, said the scam was carried out with such meticulous attention to detail that she didn’t suspect anything was wrong until she was duped.

The 28-year-old said she was looking online for temporary accommodation when she received an email from Angela Morrison offering her “a furnished one-bedroom apartment in CityWalk, Jumeirah” for rent.

“For good measure, she also sent me pictures of the alleged property. I was impressed. At 4,100 Dh per month, that looked like a good deal, ”Anamika recalled.

In subsequent emails, she was tricked into believing that Morrison was based in the UK and purchased the apartment as a vacation home, but is now renting it out on Airbnb as she was too old to travel to Dubai.

“We exchanged around ten emails between March 8 and 11. They were so convincing that I didn’t even have the slightest idea that they were part of a scam, ”regrets Anamika.

In order to close the deal, Anamika directed her to a webpage where the City Walk apartment was listed – with fabulous reviews and five-star ratings.

“As I found out later, the website was a clone. Barring a very small change in the URL, the site deceptively looked like the original Airbnb website. I broke down and entered my debit card information as recommended for booking the apartment, ”Anamika remembers.

It was initially billed $ 2,152 (8,155 Dh) for the security deposit and advance rent. When asked why she was billed in dollars, the cybercriminals offered to reimburse her, but withdrew an additional $ 2,152 from her account by convincing her to share her one-time password (OTP) with them. The money, 16,311, Dh went to a bank account in Switzerland.

Anamika has since filed complaints with her bank, Emirates NBD and Dubai Police.

“I would have liked the bank to call me to notify me of transactions. They could have prevented it, ”she said.

Emirates NBD bank said it was in contact with the customer to initiate the dispute process, adding that it could take up to 90 days. “We have to wait for the bank to complete due process so the customer can confirm the result before providing a response,” a bank spokesperson said in an email with the request. The spokesperson added that their online transactions are double-checked and can only be completed after entering the OTP, which is only received by the cardholder.

(Name of victim changed on request)

How to avoid fake Airbnb scams

Never pay outside of the Airbnb site. First, check the URL to make sure you’re on the real Airbnb site – not a clone page.

Second, only pay on the Airbnb platform. If someone asks you to pay by bank transfer, cash, or direct to their Paypal account, it is almost certainly a scam.