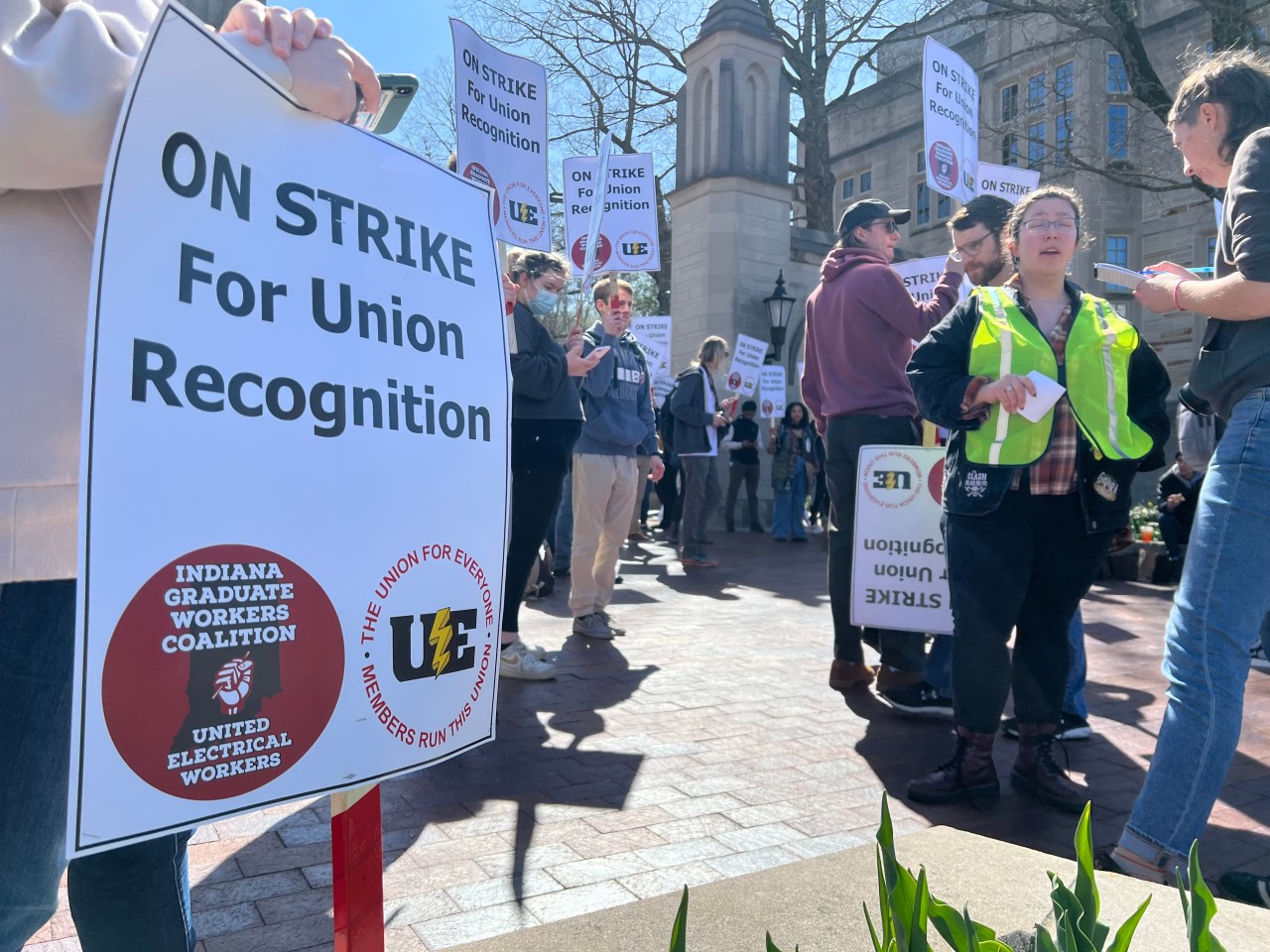 The Indiana Graduate Coalition recently voted overwhelmingly to strike after the university refused to recognize the union. In addition to recognition, the representatives are asking for an increase in the compensation paid to them for their work.

“Our work is at the heart of the operation of this university,” said union representative Nora Weber. “It’s time for the money that comes from all of our hard work to be something we see as well.”

Man airlifted to hospital after road rage shooting in Bloomington

Weber said the current allowance, which was recently increased to a minimum of $18,000, is not enough to live on. Some graduate students say they take on a second or even a third job to make ends meet.

“We want to be able to be 100% invested in the classroom, in the labs, in the mentoring and we can’t do that when the administration won’t pay us well,” Weber said.

The union is affiliated with the United Electrical Workers union and has over 1,700 members.

The strike caused disruption on campus, with some classes canceled because no one was there to teach them. However, the university said the disruptions were minimal.

“We’re really focused on the issues, to make sure we fix them,” IU spokesman Chuck Carney said. “The union question, we have already settled it. We are not reconsidering this.

Carney said the university has taken steps to address graduate student concerns and the job is not done.

“We’ve already taken some action based on the listening sessions and discussions we’ve had with grad students talking about these issues,” Carney said. “These people came here to be students and they are here as students first and foremost.”

Students say the lack of pay has prevented them from prioritizing their student status.

“It is the repeated line from the university that we are students and we are not workers,” said doctoral student Anushka Sen. “It really doesn’t make sense to people who put so much work into teaching.”

Striking graduate students say their goal in all of this is to make IU a better university.

“We’re fighting to have more equity on campus and to build an IU that really supports education,” Weber said.

The union has scheduled pickets on Friday as well as other events next week. A representative said the union would hold a reauthorization vote next week to see if members wanted to continue the strike.

IU spokesman Chuck Carney said graduate workers could face consequences for refusing to work, including dismissal. Despite the disruptions, Carney said the university has plans in place should the strike last until the end of the semester.

The Indiana Family Farm You Need to Visit ASAP