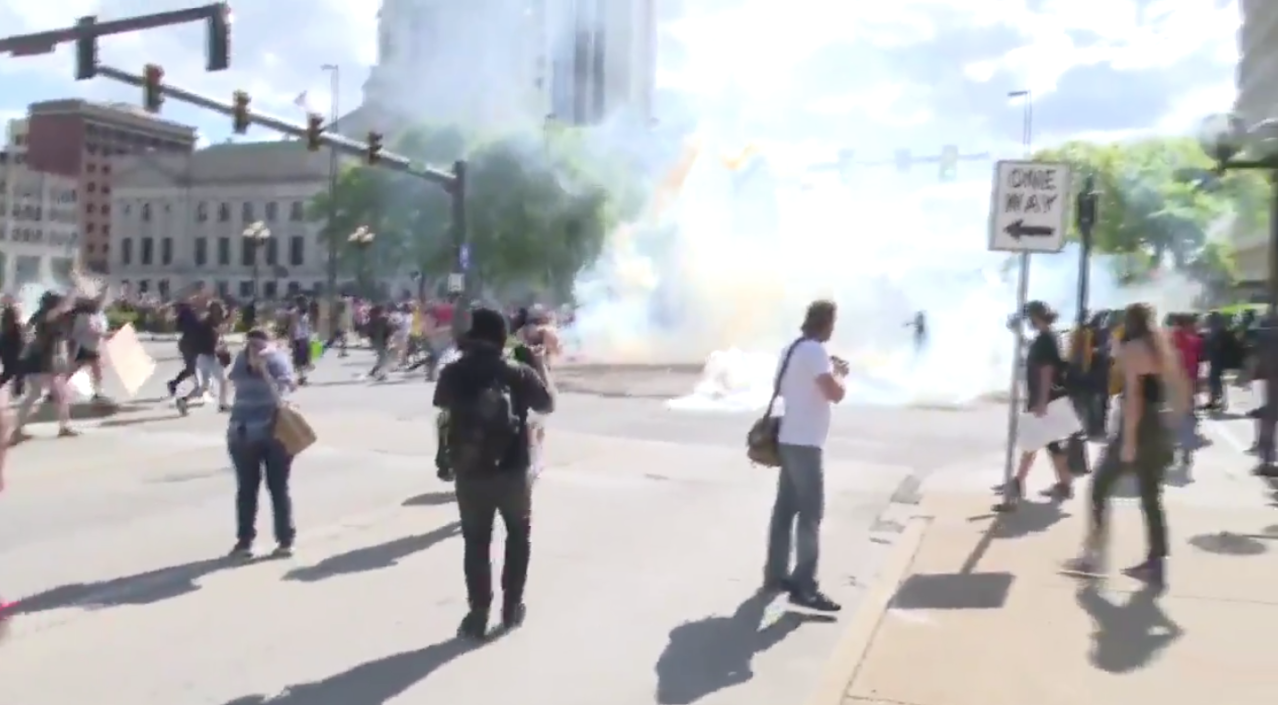 FORT WAYNE, Indiana (WANE) – An Indianapolis man is suing the city of Fort Wayne and an FWPD officer over their handling of the summer 2020 protests, claiming his constitutional rights were violated.

According to a complaint filed in Allen Superior Court in June, it is alleged that on May 30, 2020, Jalen SR Brown was in town at an Airbnb located about a 15-minute walk from downtown. The two decided to take a walk in the city center where they saw protesters gathering.

Brown claims he asked a random person what was going on and the person replied, “We are protesting Black Lives Matter and police brutality,” the complaint reads. Brown claims he and his partner did not participate in the protest and had no intention of getting involved.

When Brown and his companion heard that the protesters were about to continue their actions in a park, they followed. Soon after, FWPD agents told Brown and others to disperse. As Brown left, other officers got out of a truck in riot gear and started throwing smoke grenades at him and others, telling them to get down, according to the complaint.

As a result, Brown claims to have suffered from mental anguish, emotional harm and distress, as well as other damage and injury, according to the complaint.

Brown is suing the city for being wrongfully seized, detained, arrested and jailed, which violates his Fourth Amendment rights.

The lawsuit also names FWPD officer Shane Pulver as the defendant. Pulver is charged with violating Brown’s constitutional rights to freedom from excessive force under the Fourth Amendment, as well as violating Brown’s First Amendment right to free speech.

This lawsuit was taken in U.S. District Court on July 22. The city and Agent Pulver have until August 26 to respond.

New airline to offer $ 39 flights from Hudson Valley to Florida