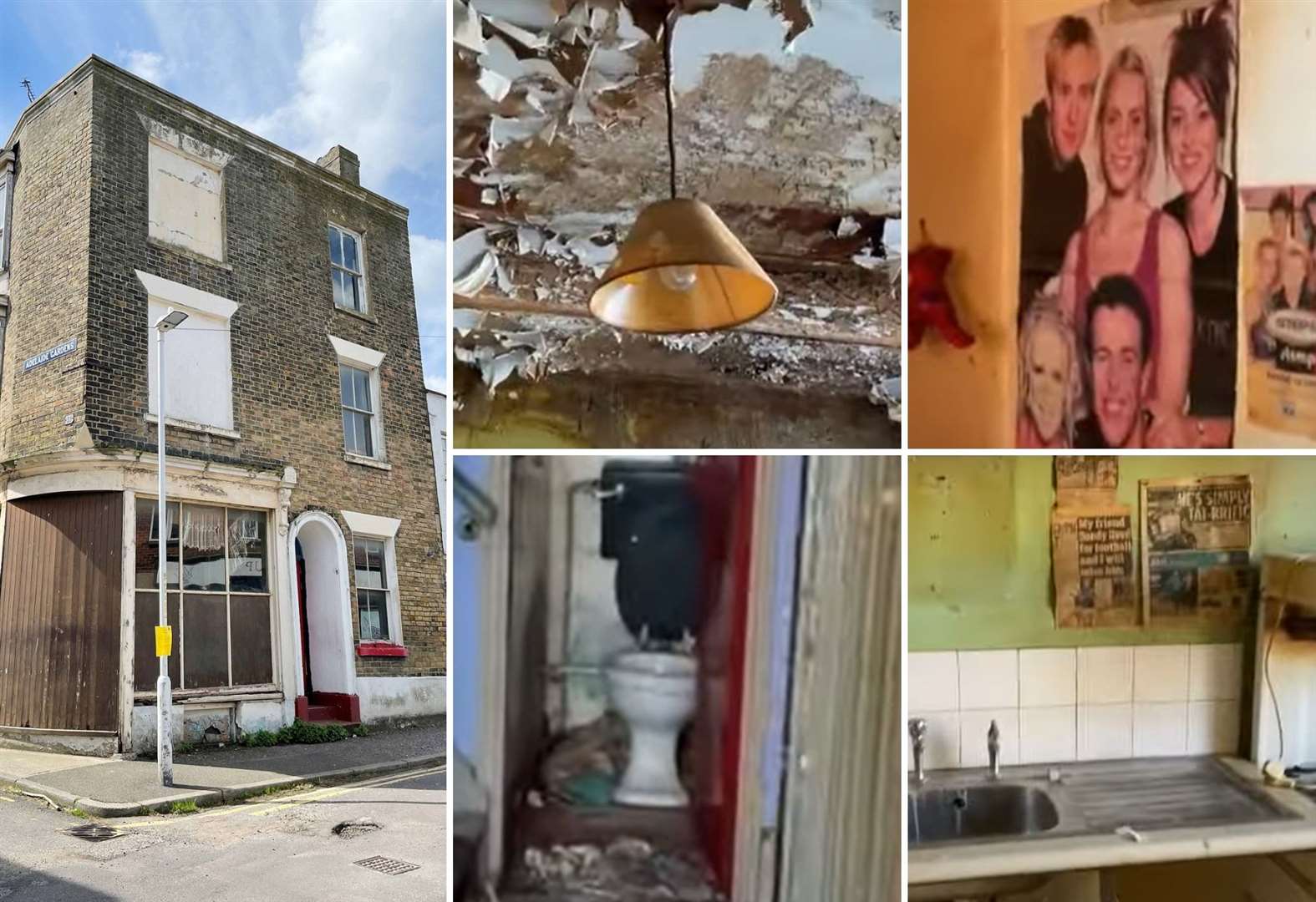 It’s not everyday that a three bedroom house with views of the Kent coast is up for grabs for just £ 110,000.

Yet this end-of-terrace property in a desirable area near beautiful Ramsgate Harbor is not like most homes on the market.

The average house price on Albert Street is £ 320,000, a 64% increase from the previous year, according to RightMove.

Therefore, at first glance, angel number 18 – coming under the hammer this month – seems like an absolute bargain.

Located in a conservation area at the corner of Adelaide Gardens and laid out over four floors, it dates from the 1830s and even has Grade II listed status.

Auction appraiser Jon Rimmer admits the property is in need of a “complete makeover” but insists “it will be worth it”.

“It is close to the Royal Ramsgate Marina and the city center and is very spacious inside,” he adds.

But it is after entering these rooms that the harsh reality of the gigantic task of renovation to come becomes all too clear.

A video tour of the property posted by auctioneers Clive Emson reveals a house that appears to have been intact for years.

Yet the house was in fact occupied until 2020, when the previous owner, who did not have the funds to carry out repair work, sadly passed away.

Retro posters can be seen on the walls featuring Princess Diana, Elvis Presley, the X Files and the pop group Steps, as well as Teletubbies stickers.

There’s a TV with built-in VHS and DVD players, while various newspaper clippings are stuck around the house – including a 2007 Sun front page.

Just inside the front door, unread flyers and letters are strewn across the floor, as wallpaper peels off the hallway ceiling.

Some rooms remain cluttered with personal belongings, including teddy bears.

The building has previously been used as both a home and a store, according to Historic England.

It became one of the first Thanet District Council condominiums in the 1980s.

According to a report presented to the Authority’s Cabinet in June, the council became the sole owner of the house last year when the owner passed away.

“The property is in poor condition as the previous owner did not have the financial capacity to carry out the work,” he said.

He added that if the property was fully renovated its value would rise to £ 260,000.

But council officials estimated such a renovation would cost around £ 180,000.

Cllr Tricia Austin told KentOnline this week that she has advocated for the council to keep the property for use by the community.

She said the “beautiful building” could have been turned into a tea room or have turned the upstairs into an AirBnb.

Cllr Austin said residents objected to the property being auctioned over concerns about “land banks.”

“We’ve had so many buildings and land bought by developers who then sit on them as they go up in value.”

Despite concerns raised, TDC’s cabinet decided that the property should be auctioned off.

Read more: All the news of Thanet

Airbnb has a plan to fix cleaning fees