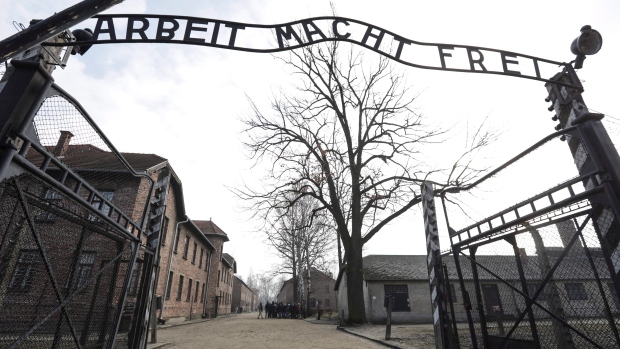 WARSAW, POLAND – Polish prosecutors are investigating an apparent mass burial site revealed this month near the area of ​​the former German Nazi death camp at Auschwitz.

A local resident spotted a dozen human skulls and numerous bones on the bank of the Sola River, which runs through the town of Oswiecim in southern Poland, when the water level was very low, announced Friday the Onet portal.

Police and prosecutors are investigating whether the remains could have a connection to the former death camp and the state’s National Institute of Remembrance, which is investigating crimes of World War II and the communist era, was informed.

The Auschwitz museum press office said on Friday it was aware of the find, and others before it, but that the area is outside the museum’s perimeter and administrative authority.

Any further action depends on the findings of the investigation.

During World War II, 1940-1945, over 1.1 million people were killed at Auschwitz, which Nazi Germany operated in Oswiecim, occupied Poland. Most of the victims were European Jews but also Poles, Gypsies, Russian soldiers and German political prisoners. Most of the bodies, but not all, were cremated in the camp’s crematoria.