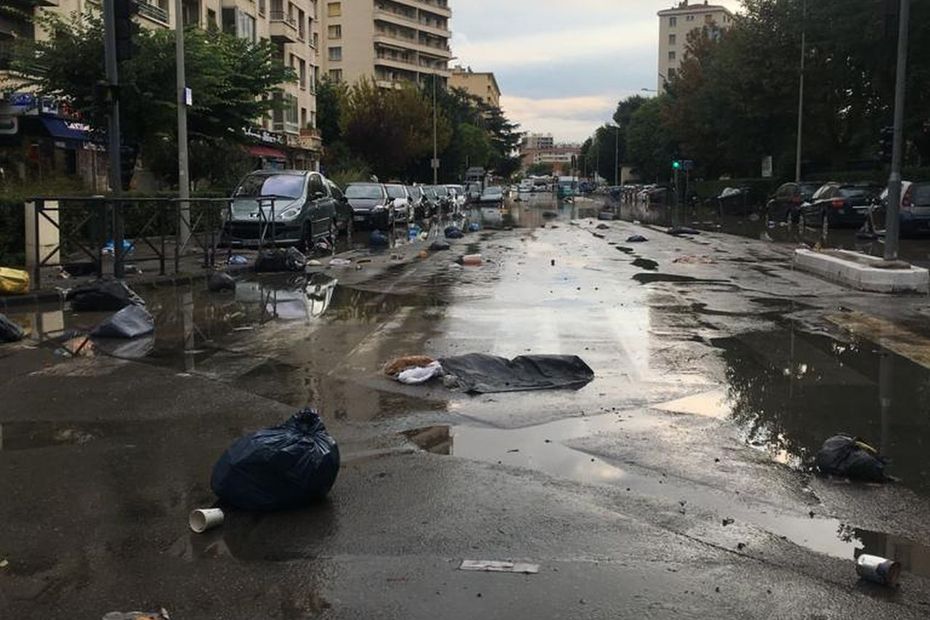 is the strike really over?

The garbage collectors’ strike ended on October 1 with the signing of an agreement to end the crisis. But the CGT did not sign, the torrential rains modified the resumption of work and the respondent unions to a day of action on Tuesday. As a result, garbage cans are still piling up in the streets.

Despite the exit agreement signed with FO on October 1, waste will continue to litter the streets of certain municipalities in the Aix-Marseille-Provence metropolis.

It must be said that the CGT was not invited to the negotiations and therefore did not sign anything.

“Conflicts end when the agents decide and then they decided it wasn’t over,” says Véronique Dolot, coordinator of the sections collected for the CGT metropolis.

Progress deemed insufficient by the CGT

L’agreement reached with FO the majority union, provide “a reduction in working time of 9.5%”, “opening a time savings account”and “the establishment of training in good practices to limit the risk of accidents during collection”.

These advances are considered insufficient by the CGT. “They know why they fightassures Véronique Dolot, some for the loss of wages in perspective, because they were illegally paid overtime and they themselves recognize it, so we have to look for other ways to do it… and others strike for questions of working time because these are jobs that are difficult, and the only lever is to reduce working time”.

No one has an interest in this conflict getting bogged down, we have to sit around the table.

The discussions could resume during the day according to the CGT. In the meantime, the strike continues, especially in Marseille. Especially since today a national strike call has been launched over the issue of wages.

The return to normal could therefore still take time in Marseille where the heavy rains that fought did nothing to help the situation.

On Monday, the Aix-Marseille-Provence metropolis activated a crisis cell and mobilized 650 agents in the field to collect the “surplus waste deposited on the road” in the 1st, 4th, 5th, 6th and 7th arrondissements.

But the rainy-stormy episode came to complicate the deal by avoiding the collection of household waste in the 8th, 9th, 10th, 11th, 12th and 13th.

The wind has chased away the clouds and the sun has returned, but the desolate spectacle of trash cans ripped open in the middle of the road should continue for a few more days in certain sectors of the metropolis.