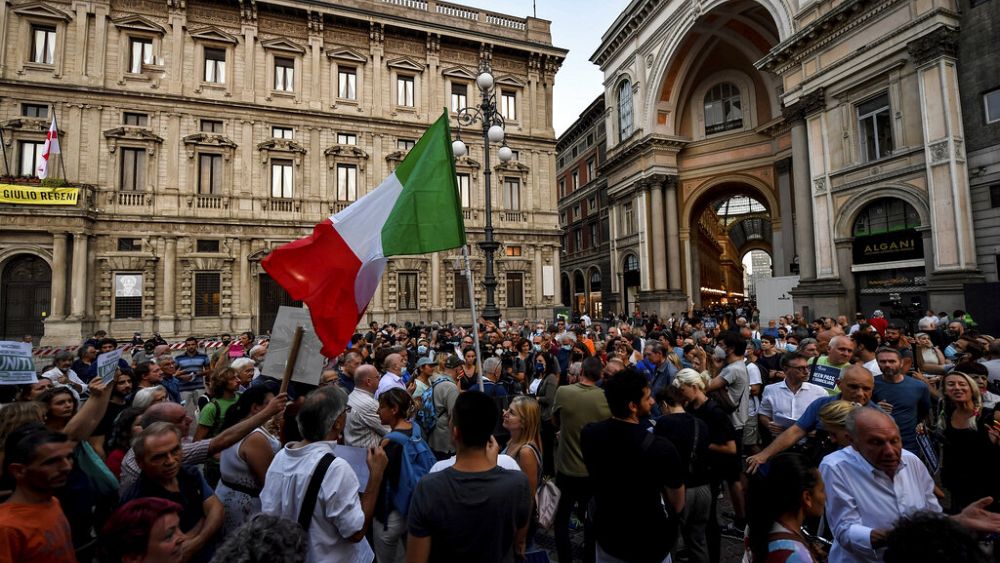 Italy said there would be a zero tolerance policy against protesters blocking trains to oppose a green pass requirement.

Passengers are only allowed to use certain public transport if they present a Green Pass, which proves a recent vaccination, a negative COVID test in the past 48 hours, or a recovery from the disease in the past six months.

The rule, announced a few weeks ago, applies to domestic flights, train travel between regions and sea travel. Some ferries are exempt, such as those serving many small islands that have no other connection with the mainland, and those used by commuters between Sicily and the southern tip of the continent in Calabria.

Local buses, trams and metros are exempt from the rule, which was announced by the government of Prime Minister Mario Draghi when the number of daily cases began to rise steadily as the delta variant of the virus became prevalent in Italy.

The Italian Green Pass is already in use for those who wish to dine indoors, go to gyms, or attend crowded venues like concerts.

On the eve of the new transport rules, Interior Minister Luciana Lamorgese has pledged zero tolerance against any demonstration on the railroad or other violence.

Several recent protests against the Green Pass requirement, including in Rome and Milan, turned violent, with police having to rescue a state TV reporter after a protester started pulling her by the hair, and a reporter been punched several times in the face. Ministers and doctors have received threats.

Lamorgese expressed “the strongest condemnation of attacks launched with unacceptable tones on social media against members of the government, politicians, doctors and journalists over the ‘green pass’ and the containment measures against the spread of COVID-19 ”.

Police are investigating the incidents.

“No illegal acts will be allowed in the protest initiatives at the stations” charged by the organizers for Wednesday, Lamorgese said.

Activists from a far-right group, New Force, as well as members of far-left organizations participated in the rallies.

So far, around 70% of Italian residents aged 12 or older have been fully vaccinated. But experts have expressed concern that many people between the ages of 50 and 69 have not received or signed up for vaccines.