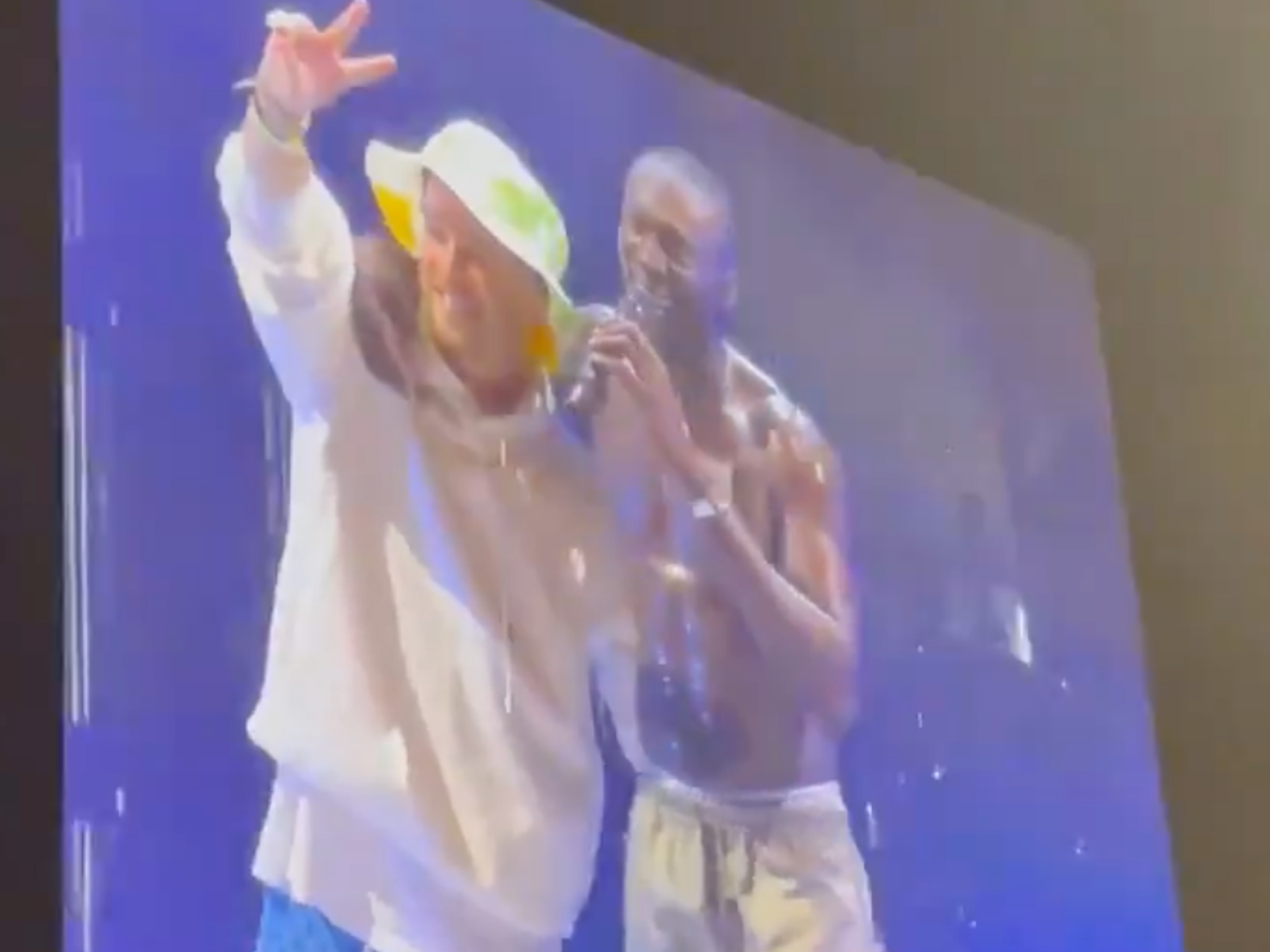 When big music stars headline the UK’s biggest festivals, they usually have a few surprises up their sleeve, with special guests often waiting backstage.

Most of the time they’re fellow artists, but a guest featured by rapper Stormzy during his Leeds Festival title on Saturday left music fans scratching their heads.

The person in question was Jack Grealish, a Manchester City footballer and a member of the England men’s football team.

Sporting a vibrant bucket hat and a white hoodie, Grealish was filmed throwing a peace sign at the crowd, before kissing the musician, whose real name is Michael Omari.

His appearance at the festival, which returned this year after being canceled in 2020 due to the coronavirus pandemic, came just hours after helping his side secure a 5-0 victory over Arsenal at the Etihad Stadium.

People have since reacted to Grealish’s appearance at the festival with shock and disbelief:

Others, meanwhile, have decided to praise the footballer as a “legend”, or to embark on a light roasting:

However, some Leeds festival-goers weren’t too happy, after Stormzy invited Dave for his performance in Reading on Friday:

In the end, we just hope Grealish enjoyed the opportunity.

The Christian and Missionary Alliance moves its headquarters to Reynoldsburg