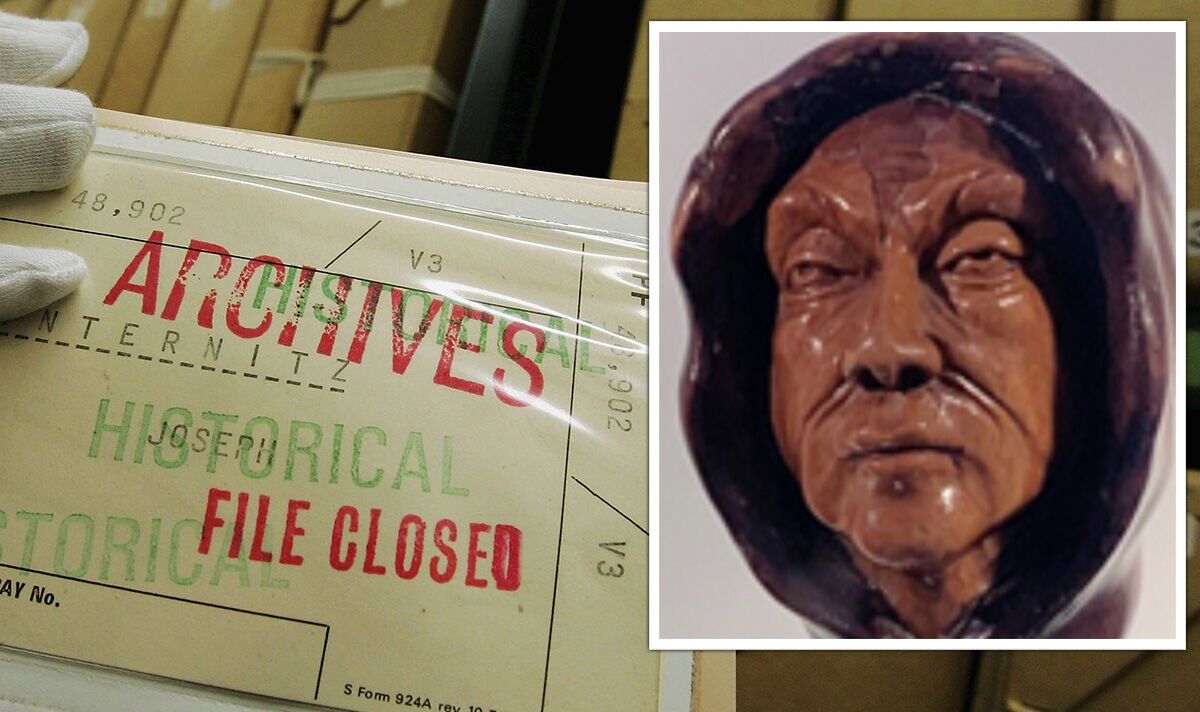 Staff discovered the sinister artifact while digging through memorabilia. The creepy face with haunting eyes is carved into the handle of a cane presented to the Scotland Yard detective who hunted the Ripper in the 1880s.

For years it had been stored at Bramshill Police College, Hampshire, and it was feared it would be lost when the facility closed in 2015.

But it has now been rediscovered at the headquarters of the College of Policing in Ryton, West Midlands.

“Two members of staff were rummaging through the College archives recently when they came across a number of artifacts of police memorabilia which had been in storage after the Bramshill site was closed and discovered the cane amongst them,” said said the College of Policing.

“It is now displayed for staff and training delegates alongside the original Police News clippings of the Ripper murders.”

The image is the only reported “facial composite” of history’s most notorious serial killer.

The murderous maniac slaughtered at least five women in east London and was never caught.

The cane, bearing his features, was a gift to Chief Inspector Frederick Abberline from members of the Jack the Ripper murder squad.

Abberline was removed from the Ripper case in 1889 and retired from the Metropolitan Police in 1892 after 30 years’ service. He died in 1929.

Antony Cash, from the College of Policing, said: “Finding this cane was an exciting time for us.

“Jack the Ripper is one of the greatest and most infamous murder cases in our history and his crimes were important in paving the way for modern day policing and forensics because it caused the police to begin experimenting and developing new techniques as she attempted to try and solve these murders, such as crime scene preservation, profiling, and photography.

“This cane is such a fascinating artifact that represents a historically significant period in policing, and it’s amazing that we can display it here at Ryton, alongside the original newspaper clippings, so our officers can see firsthand how far we have advanced in policing since then.