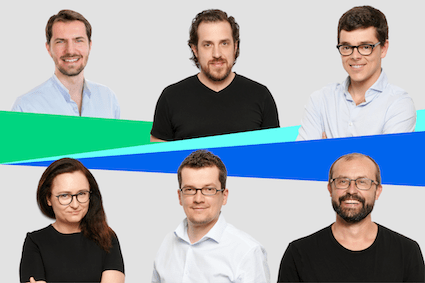 Kaya VC’s new € 72 million ($ 80 million) fund will focus on startups in Prague, Warsaw and the wider EEC region. Previously called Enern, the Central and Eastern European VC – which historically started investing in wind farms and ended up investing in software – has changed its name to better reflect its modern focus. The firm will also support startups “at any stage” of funding. The fund’s LPs include the FEI and a number of successful entrepreneurs in the region.

This is the team’s fourth fund, and with the previous funds, the outstanding amount is around € 250 million. The fund has invested in 27 companies, with the latest investments in B2B markets, healthcare technologies and blockchain.

Kaya says it will be industry agnostic, with partners following some personal passions: Tomas Obrtac on agri-tech; Pavel Mucha on Next Generation Consumer Experiences; Tomas Pacinda on fintech; and Martin Rajcan on the energy transition. All other technological areas will be examined. Similar to funds like Point Nine in Berlin, Kaya says this is an “equal partnership,” meaning each partner can make decisions about what to support.

The company plans to be able to write the first check and also supports very early “studio projects” that have continued to raise subsequent rounds of funding.

Pavel Mucha, partner at Kaya VC, commented in a statement: “When I started investing in local startups in Prague and Warsaw, it was because there was a need to work with people to build something. precious that did not already exist. Over the past 10 years we have seen this industry grow and mature, and with that our strategy of supporting fearless founders who make a difference, from Stefan Batory of Booksy to Tomáš Čupr of Rohlik.

Kaya is also part of the Included VC Network, a network of mentors for underrepresented groups such as women and people of color. Mucha told me, “We hired through their program, we were closely involved and big supporters. We think it’s a great addition to the ecosystem in Europe, and we hope to do more. It is certainly a very significant initiative that we fully support.

Martin Rajcan, Partner at Kaya VC, added: “The founders from Central and Eastern Europe are globally oriented, have strong technical skills and an unmatched thirst for success. It’s these strong fundamentals coupled with next-level intensity that make them so exciting to work with and we want to support these talents in any way we can. With partners, venture capitalists, advisers and scouts across Europe, we are in a unique position to support diaspora founders outside of major cities such as Prague and Warsaw.

In Turkish, the word Kaya means “rock”, in Japanese, it is “shrine”. Either way, Kaya is in a good position to take advantage of the booming startups in the EEC region. According to Dealroom, there has been 5 times more foreign investment in the EEC region than in 2015. It has also been the source of companies such as Skype, Wise (formerly TransferWise), Bolt and UiPath, which recently raised $ 750 million for a valuation of $ 35 billion to come. an IPO.

Try an eco-friendly spring cleaning. Start by throwing out the paper towels.