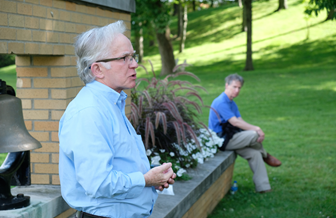 KENT, Ohio (WJW) – Kent State University has announced plans to come together virtually to remember the 51st anniversary of May 4, 1970, the day the Ohio National Guard fired on students during of an anti-war demonstration, killing four students and injuring nine other students.

Hosted by Kent State students, faculty and staff, the event is scheduled from April 30 to May 4 with a special video tribute presented on the final day that will focus on the nine injured students: Alan Canfora, John Cleary, Thomas Grace, Dean Kahler, Joseph Lewis, Donald Mackenzie, James Russell, Robert Stamps and Douglas Wrentmore, according to a Kent State statement.

Updating the dunning check: what to do if you haven’t received your third payment

The statement said the video features nine new markers placed at the May 4 site, marking the location of each student injured when he was hit by a bullet, joining the four markers installed in 1999 in remembrance of Allison Krause, Jeffrey Miller, Sandra Scheuer and William Schroeder, the four students killed that day.

Roseann “Chic” Canfora, Ph.D., a May 4 witness whose brother, Alan, was one of nine injured students, also expressed the importance of the new markers.

“One of the residual effects of being a shooting survivor is the reappearance of sights, sounds and memories of our traumatic experience when we come together for vigils or memorials,” Canfora said. “Our annual May 4th commemorations have served as a healing path for many of us, and the milestones at the filming site have allowed us to freeze and deal with the grief we will carry a lifetime.”

The virtual commemoration will also remember Alan Canfora, who died in December 2020 at the age of 71 and who was the main voice on May 4, never forgetting the shootings and the four killed, according to the university.

“This year will be the most difficult for me personally, and I imagine it will be for Tom Grace and many others, as this will be our first commemoration without Alan,” said Canfora. “More than anyone, my brother made sure that we came together every year to commemorate and educate the world about May 4th. He embodied and molded for us the strength to turn our pain into a goal.