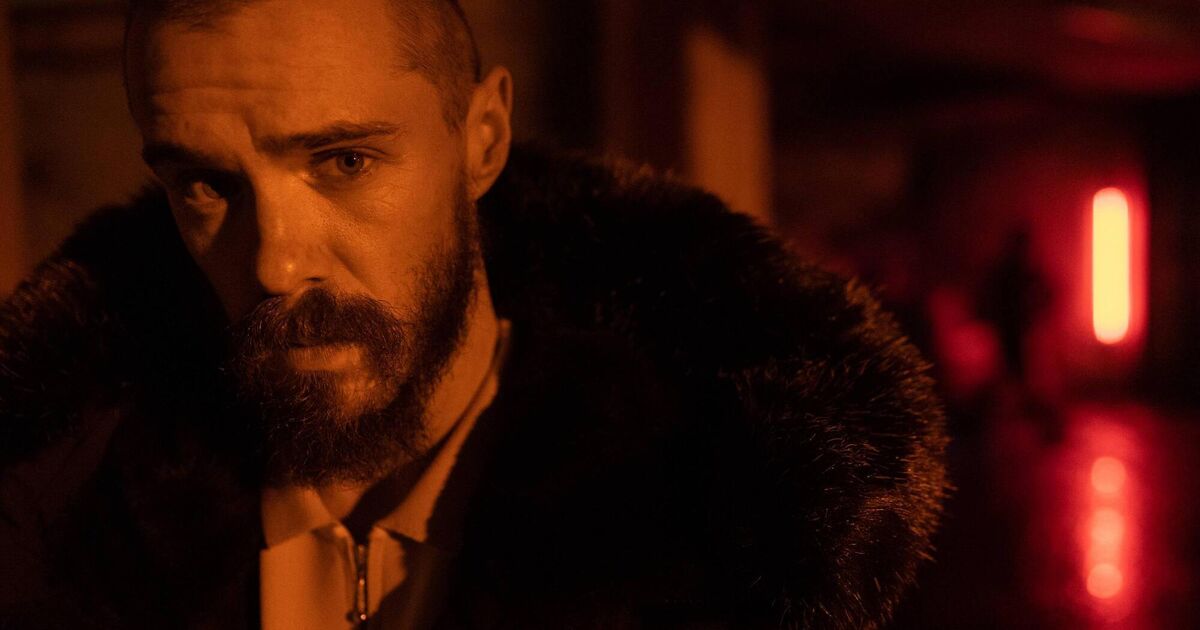 You could say that Sam Keeley’s last role was written in the stars. In his Twitter biography, the 30-year-old actor gives his whereabouts in Reykjavik / London / Los Angeles. While the last two are typical meeting places for actors, the first piques my interest. So what brings a boy from Tullamore, County Offaly, to the land of ice and fire?

“I always wanted to go there. My mother’s last name [Grimes] originates from when the Vikings were here in Ireland. I’ve always had very romantic ideas about this. I went to Reykjavik on my own on New Years Eve and hung out and made some friends. I liked it so much that I would rent airbnbs and go back whenever I was on leave. Then I finally decided to move there, and it was great. I go back every time I’m not working, which isn’t very common. It is a beautiful country.”

By chance, Keeley’s last role is as Eric ‘Viking’ Kinsella in the crime drama RTÉ Kin, the son of gang boss Frank. It was Eric’s thoughtless actions that sparked a tumultuous chain of events and left the Kinsellas fighting for their business and their lives. The name might be a coincidence, but in the role, Keeley certainly embodies the ‘Viking’ spirit with an impressive demeanor and physique.

“The name was a coincidence. I first read for Jimmy (Eric’s cousin, played by Emmett J Scanlan) but I was too young and then they asked me to read for Viking. I had grown my beard and had my head shaved. The gaze was already there. I thought so, if he was given the name Viking, that says a lot about who he is – he has this brash, raid, plunder, advancement energy. Everyone in the show is very contemplative and measured, they are very sure where they are in the world except Viking, because for him everything is a problem, he is offended by everything. He always tries to understand his position in the world and in the family. The physicality had a lot to do with it. “

Keeley was working in Toronto, Canada when the pandemic hit and just returned to Iceland before it all stopped. His confinement training routine came in handy when he landed the role of Eric.

“I’ve trained for years, I’m a martial arts lover, I’ve always studied a bit here and there. I was lucky in Iceland because when we were confined we didn’t have a lot of Covid so I did Brazilian jujitsu three times a week. This lent itself to the character, who is into martial arts. I was in a pretty decent cut and started eating more and lifting heavier weights. I wanted him to be stocky and more formidable.

Keeley began his acting career at 18 and quickly gained roles in prestigious shows and productions including Lenny Abrahamson’s drama What Richard Did, This Must Be the Place, by acclaimed Italian director Paulo Sorrentino and featuring starring Sean Penn and Burnt. , the Hollywood drama about a chef, played by Bradley Cooper.

His last role before Kin was in the American military drama 68 Whiskey, in which he deployed a compelling American accent. No less impressive is his downtown Dublin accent as Eric. Rather than go for the usual dialect trainer, he turned to a friend for help.

“I contacted actor Emmet Kirwan, who is a good friend, to help me because he is very good at describing where the sounds come from for actors, and he is also from this part of the country. to think that someone from Ireland would be able to do an accent like that, but for me, being from Offaly, it’s pretty complicated. It was good that Emmet was there to help me along the way, we broke the whole script down, I couldn’t have done it without him.

Keeley’s career has been one of varied and interesting roles, but her next one is one of her most difficult to date. He tells me about Brisbane, Australia, where he just finished filming Joe Exotic, an American drama series based on Netflix’s hugely popular documentary Tiger King, which captured the imagination of audiences as the first big watch. lock.

It was telling the bizarre story of Joe Exotic, who was ultimately sentenced to 22 years in prison for trying to hire two men to kill an animal rights activist. Keeley plays Exotic’s ex-husband John Finlay in the American series, which will air on NBC Peacock. Keeley admits having doubts about the role, which resulted in a complete transformation.

“It was a lot. I called my agent two days before I got on the plane and didn’t think I could do it. I have never played with someone who is still alive and who has become not only famous but also known in pop culture. And to play such an important character in the series, the famous toothless and shirtless guy. We’re talking about three and a half hours of makeup before I even get off the bus to continue filming. There were a lot of things that had to come together to make it right. The production has been amazing, they really try to stick with the documentary but also do something that they haven’t done is explore the characters involved as people.

Eric’s role in Kin has also been extremely rewarding for Keeley, although it was strange working from home in Ireland for the first time in years and not being able to see his family, due to Covid restrictions. .

“It’s one thing I had to come home to and one I couldn’t let go of. I think he’s one of my favorite characters. It was nice to be back home. There was also a pretty sad element as the bars were all closed and I couldn’t even go downstairs to see my family in Offaly due to the lockdown.

“But there were little bursts of light that were beautiful, I walked down to the dock of the Grand Canal, I drank a cheeky glass of wine, I sat on a bench and I watched the swans, the people gathering outside. We are a nation of people who love to be together and have the craic and being told that you are not allowed to do this because you might hurt yourself is a very difficult thing to understand.

There have been many talking points surrounding Kin, the main one being comparisons, unfavorable or not, to RTÉ’s previous gangland drama, Love / Hate. It’s not something that particularly bothers Keeley.

“At the end of the day, there’s no denying that Love / Hate helped take Irish content to the next level in terms of what we were able to do, that we could compete with the bigger networks with dramas, actors and a quality production. I think it was a big deal. You can’t do gangland drama since then and not tip the hat to them. It’s a great show and there is no doubt that we had some big boots to fill. I saw people who were like “oh, this is not love / hate”.

“Of course it’s not, it was never going to be, you can’t do the same series again, that’s not what we’re doing here. To me, Kin feels like we’re looking through. keyhole characters – watching them at their own pace, trying to be a family, in these crazy high stakes circumstances. I think we’ve managed to achieve something unique in and of itself while also paying homage to Love / Hate, who led the way.

Keeley is quiet about the end of the series and Eric’s future. “He had to put his money where his mouth is and take responsibility for his actions – it’s a fire forging him, I think.”

Fittingly, when the last episode of Kin airs and viewers find out about the fate of the Kinsella family, Keeley will be home to reunite with her own family in Offaly.

“It’s always nice to come home after being away. I have had a very busy year and want to take the rest of the year off. I just want to be with my family and sit by the fire and soak up that. However, the funny thing about this industry is that you provoke the universe when you say you want some free time, because you will get a job. My intention is to be home until Christmas and then probably return to Reykjavik after that.

Even when he’s in Iceland, he never feels far from home. “They look a lot like us. We forget that Ireland was a Nordic colony for centuries. The Romans gave the infrastructure to everyone, the Scandinavians gave us our infrastructure. Even in their language, there are a lot of words in Irish and Icelandic that mean the same thing. There is a kinship between us.

A global corporate tax? Here is how it would work | World