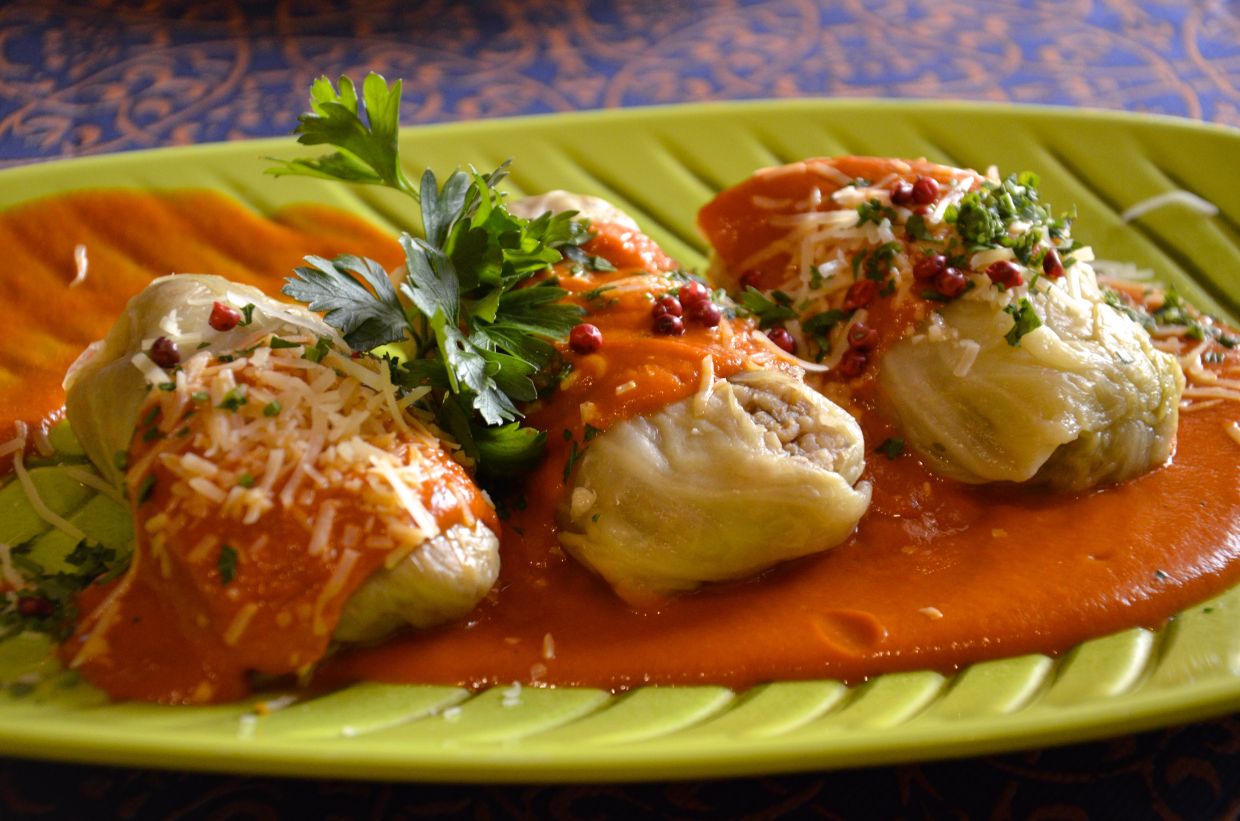 Krakow is a foodie city

Sylwia Jeruzal, art historian, guides visitors around Krakow, Poland and, next to all the best known sites, she also has a mastery of all her gastronomic secrets.

From drinks to vegetarian dishes, there are few places she hasn’t tested, tasted and explored.

Pod Baranem is one of Krakow’s best-known bars, less than five minutes from the Royal Castle and the Cathedral on Wawel Hill. The menu offers classics such as golabki – stuffed cabbage rolls – and zurek, a sour rye soup – as well as five vegetarian dishes.

If you don’t know what to drink, the waiter will suggest “Red wine, white wine or vodka right away?” “

The last of these is also offered in abundance at Starka to accompany a goulash soup served in a bread bowl, for example. This popular restaurant in Kazmierz, the old Jewish quarter, offers a range of Polish classics. There are also vegetarian options, ranging from a vegetarian cabbage wrap to fried nuts and camembert coated in breadcrumbs.

Wawel Castle above the Vistula is one of the main tourist attractions in Krakow.

Head to the heart of Kazimierz in Plac Nowy, where the early mornings see vendors of fruits, vegetables, as well as a flea market. During the day, this is a great place to pick up an Obwarzanek, a braided ring-shaped bread that is boiled and sprinkled with salt and sesame or poppy seeds. Oscypek goes well with this, a smoked cheese made from salted sheep’s milk exclusively from the Tatra Mountains in Poland.

The evenings come alive here, young people flock to the square, where there is a rotunda, now a listed building that was once a kosher slaughterhouse.

Today people line up to buy long sticks of white bread served in a dozen hatches. Known as zapiekanki, they are spread with a mushroom paste, covered with lots of cheese, and baked – a sort of Polish baguette with plenty of vegetarian options.

You can see that sensitivities change when it comes to eating meat, especially in the city’s old town and Kazimierz – in part because of the many students here. Even in the usual pubs like Madras Bistro in Ghetto Heroes’ Square, as you pass the Schindler Museum, the cook asks if it’s okay if he’s adding an egg to a dish of rice. Most of the 14 dishes on the menu are meatless.

The best place if you are vegan or vegetarian and visiting the city is vegan. It is only a 10 minute walk from the main market on the grounds of a former cigar factory and now in the heart of a cultural center where designers are at work.

Don’t miss the less famous but delicious Klimaty Poludnia. Vegetarians can dip their pierogi in a tasty butter sauce at a restaurant located in one of the backyards.

If you’re thirsty, however, the Szara Ges directly in the main market square is the place to go for modern Polish cuisine. Its name translates to “gray goose” and vegetarians won’t be overwhelmed with options as it specializes in poultry. But the dessert is an experience in itself: A white chocolate egg filled with mango mousse on a nest of dark chocolate shavings and cotton candy. – dpa

How This Airbnb Near Big Basin Keeps Bringing In Guests