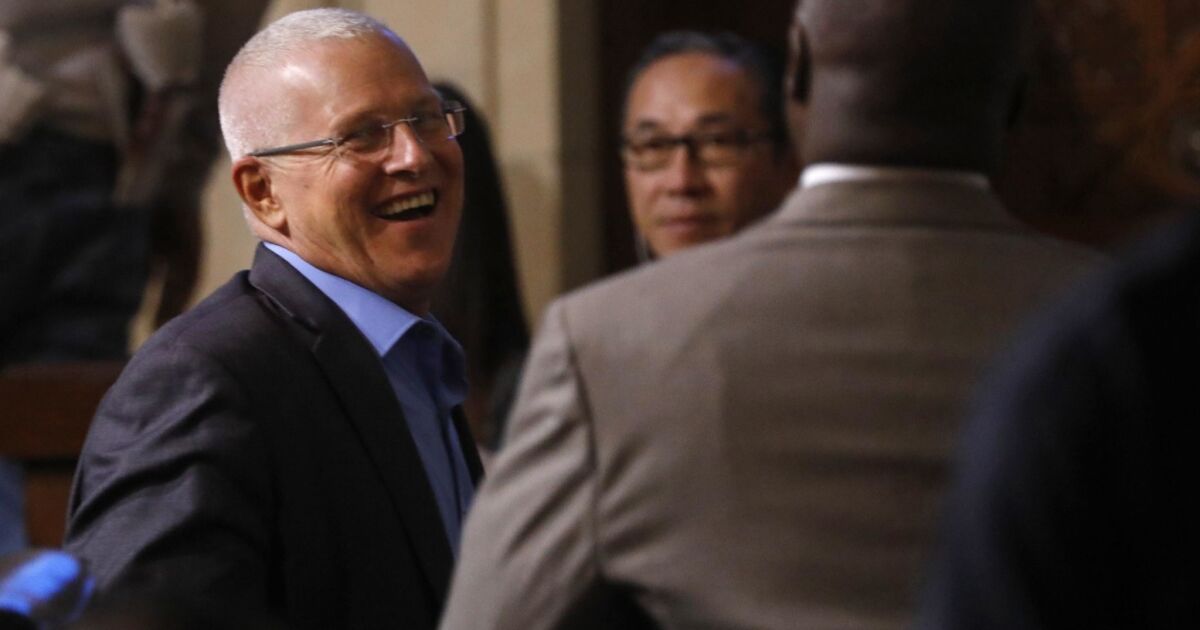 Los Angeles City Council voted unanimously on Tuesday to impose new rules on renting rooms and accommodation for short stays, regulating a phenomenon popularized by the rise of online platforms like Airbnb.

The law, which comes into effect in July, allows Angelenos to host such rentals only in their “primary residence”, and not in a second home or investment property.

The vote came more than three and a half years after City Councilor Mike Bonin and City Council Chairman Herb Wesson first brought forward a proposal to regulate short-term rentals, arguing the city should prevent homes to be operated as hotels.

As the debate dragged on year after year at City Hall, tenant activists and the hotel industry mobilized to get the city to quickly adopt new rules. Gina Charusombat, policy and program coordinator at the Thai Community Development Center, argued that landlords had a financial incentive to move poor tenants to make way for tourists.

The long-running debate has pitted a coalition of tenant advocates, neighborhood activists and the hospitality industry against companies such as Airbnb, HomeAway and their hosts. Airbnb alone spent about $ 1.3 million over the past four years to pressure the city over the rules, according to city disclosures.

It’s harder to say how much Airbnb critics spent because some don’t break down lobbying spending by issue, but hospitality industry groups and the Keep Neighborhoods First coalition spent at least $ 625,000 over the course of this period, according to city archives. Rival camps of Airbnb hotel workers and hosts have packed audiences across the city in contrasting red and blue shirts.

As it stands, renting a home for less than 30 days at a time is legally prohibited in much of the city, according to city planning officials. But LA has rarely cracked down on such rentals, and their operators fought – and sometimes won – when they tried to do so. Bonin said the existing rules were “absolutely unenforceable”.

Under the new rules, Angelenos can only host such rentals in their “primary residence,” defined as where they live for at least half of the year. Guests should register with the city, pay lodging taxes, keep records for city inspection, and ensure they have working smoke detectors, fire extinguishers, and information on emergency exits, among other requirements.

Guests can offer their accommodation for short stays of up to 120 days per year. However, Angelenos can exceed this cap and accommodate temporary guests year-round if they don’t have multiple citations from the city in recent years, or can argue with planners that it wouldn’t hurt the city. piece.

And some homes are off limits to such rentals: Angelenos cannot house them in hundreds of thousands of apartments covered by the Rent Stabilization Ordinance, which restricts rent increases for tenants, or units that fall. affordable housing agreements.

During Tuesday’s hearing, Airbnb hosts complained that the new law was laden with high fees and would prevent some responsible hosts from earning income from their homes. Silver Lake rental host David Darwish said the town was “acting like the Gestapo” and “going after small family businesses.”

“We are doing Airbnb because we need it, because LA is becoming more and more unaffordable and we need it to survive,” said Rhonda Hayder, who told board members she has hosted short rentals. term in a room in his rent stabilized duplex at Miracle Mile. . Stopping her from renting that room, she said, would do nothing to alleviate the housing crisis.

Despite these concerns, Airbnb’s deputy policy director Connie Llanos called the passage of the new law a “significant step” that would legalize home sharing for many LA hosts. Critics of these rentals, in turn, have presented the new regulations as a welcome compromise that would protect tenants.

The rules also place new requirements on hosting platforms like Airbnb and HomeAway. They cannot process any reservation from a host who has not registered with the city or who has exceeded the annual limit for the number of days to rent their accommodation. If the platforms do, they can face fines of $ 1,000 a day.

And online platforms must regularly hand over host information to the city, a step that LA officials say will help enforcement.

This could be a sticking point for some companies. Airbnb, for example, has warned the city it will not provide names and addresses unless it gets a subpoena, according to the Planning Department. It has tangled up with other cities over their platform hosting requirements.

Airbnb, however, pitched the idea of ​​creating a system that could transmit information to the city when hosts register on its website. But he said he would only do so if LA allowed “vacation rentals” – renting something other than a primary residence for short stays, like a second home or investment property.

HomeAway, which offers vacation rentals, argued for a legal route for the practice, saying it provides a necessary option for travelers looking for the comforts of home. Last week, a council committee said the new rules should not go into effect until a “vacation rental” ordinance is also in place.

The idea alarmed tenant activists, who feared that waiting for the second ordinance would indefinitely delay the new law and ultimately undermine its effectiveness. At the Tuesday meeting, the council voted to remove this provision and allow the new rules to take effect in July, whether or not vacation rentals have been legalized.

That doesn’t mean the debate over these rentals is over: Wesson and city councilor Marqueece Harris-Dawson introduced a new proposal on Tuesday asking city employees to write an ordinance that would allow vacation rentals and cap their numbers across the board. the city. Council members are also expected to consider whether to allow certain exemptions from the ban on rent-stabilized apartments.