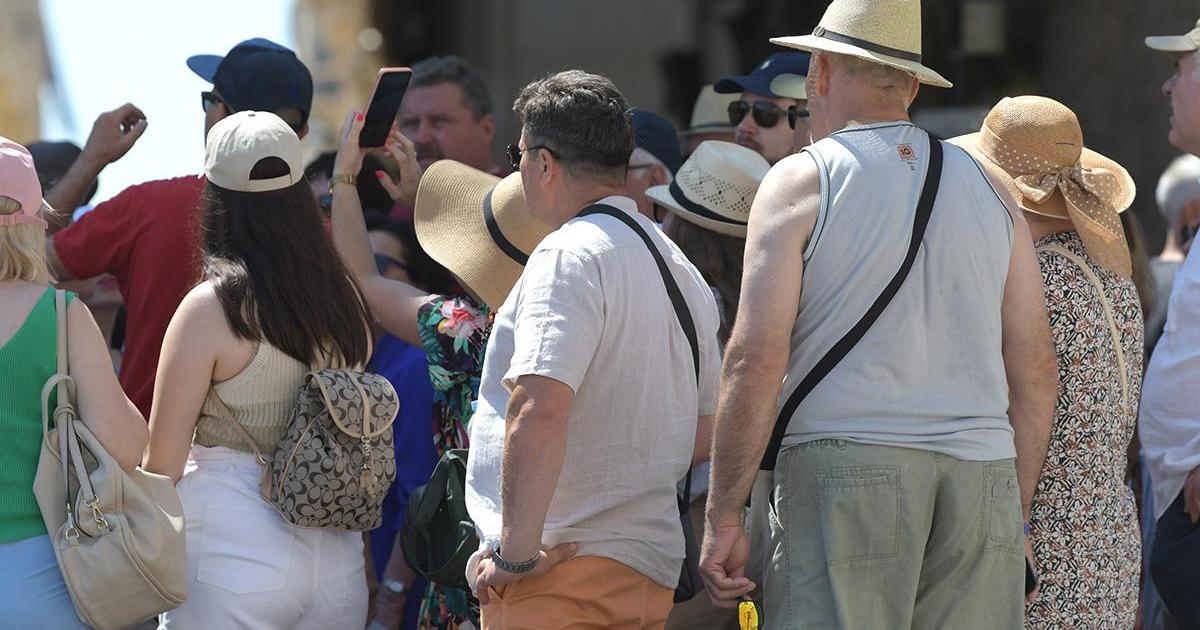 “Lidl welcomes you to Malta,” reads one of the many billboards decorating the arrivals lounge at Malta International Airport.

I have a visceral hatred for this particular sign. It’s another reminder that the holidays are over and the greenery you just enjoyed elsewhere is just a bittersweet memory and of course the effects of aggressive economic models like theirs on our lands and our communities.

This is not the summer of love, as everyone has realized. After two years of closures and false starts, lost time, money, social connections and hotel occupancy rates must be recovered. All of this must happen at breakneck speed, while the authorities persevere in their disorganization and stubborn refusal to enforce.

Meanwhile, Malta has opened its arrivals lounge to hundreds of thousands of tourists eager to enjoy a few days of sun and sea. “Whatever you are looking for on your holiday,” says the blurb on visitmalta.com, “A trip to the Maltese Islands is a must-do experience for any type of traveler”.

Consider the plight of the average tourist: sweltering temperatures aside, landing in Malta is only the first leg of an odyssey as complex as said tourist’s expectations. What follows is a rough path out of the airport itself through an area that looks like Baghdad after a bad day, following the EU-funded road construction frenzy. Oh, and good luck on the flight home.

After a hectic transfer comes acclimatization to the new environment. Those staying in various hotels dotted around Malta, for example St Julian’s, have to deal with something quite different from the “peaceful Mediterranean setting” of our islands and the basics such as crossing the street or walking on a pavement can suddenly seem a dangerous experience. .

Others who choose to stay in (overpriced) Airbnbs in “non-touristy” areas cannot expect to be woken up at 7:30 a.m. by construction nearby; in fact, they unwittingly signed up for the full Malta experience of dusty demolitions and careless construction.

You’ll see puzzled faces, most of which belong to visitors driving dozens of rental cars and performing perilous maneuvers on the main roads, struggling to understand the Satnav and other drivers simultaneously.

The number of tourists driving hired vehicles displays a not-so-hidden international distrust of our public transport, piling pressure on an already congested network. Wikitravel entry for Malta tellingly speaks of an “extensive but extremely congested island-wide bus network” with limited overnight service after 11 p.m.; renting a car in Malta, however, is a “beautiful way to see the country” and “having your own car allows you to […] discover the many hidden charms that these small islands have to offer”.

Some treats they’re ready for: Many such places have been taken over by rogue sunbed operators and illegal kiosks, still the cheapest alternative to shocking restaurant prices.

In a way, I’m sympathetic to tourists who feel like they’re not getting their money’s worth. But their disappointment is secondary, considering that our own quality of life is made up of that and more.

We used to talk about a golden goose, this flightless bird that often wandered between the construction and tourism lobbies. Figureheads on both sides have now given up lecturing on the effects of his untimely death, unable to resist their own hypocrisy.

It’s not like taxpayers, residents, and citizens haven’t seen any tangible benefits from the golden yolk runoff. Indeed, no one has actually seen these eggs; the goose has long been carted and chained to be force-fed, to ensure a flow of foie gras to big business and their associates in political spheres.

Speaking of bold, the eminent Michael Zammit Tabona recently rose from his bunker to criticize proposals to cap tourist arrivals at Comino, an idea embraced by Venice this very week.

It’s not that he called the Graffitti (and some Labour) ‘idiots’ who bring up this subject ‘every 10 years or so’: after all, this guy was fired from his post as non-resident ambassador in Finland for comparing Angela Merkel to Hitler on Facebook, a moment of majestic genius straight out of Allo Allo.

What’s worse is that Zammit Tabona and many other businessmen feel empowered to suck any resource from this island – from public land and state funding to labor – for their own benefit.

Zammit Tabona, a Labor donor, excels at offering these pearls of silver-spoon petulance to the gallery, appearing as a Brylcreemed Tory backbench MP who has built his career on class hatred and casual racism. Yet his company’s activities, like those of so many of their less “lucky” competitors, place him firmly at the heart of Comino’s problems. Like others with interests on the third island (protected by the likes of Joseph Portelli, MEP Josianne Cutajar and Gozo minister Clint Camilleri), greed is the only motivation.

The tourism industry is run by the hapless Clayton Bartolo, who promised us ‘quality tourism’ some time ago but only delivered selfies with B-rated MTV performers and goofs by the dozen. .

He may be remembered only for his lavish spending on awards and hotel parties, Man Utd-themed birthday parties at the ministry and his inimitable gaze into the distance during his memorable interviews, such as if the voices in his head were taking their time. to decide who will start.

He may care less about whether tourists visiting the island will consider returning or how much they would recommend the ‘Malta’ product.

But his silence on the Comino front will have real consequences.

Faced with his inaction and that of four other ministers, there is only one solution: our anger.

Independent journalism costs money. Support Times of Malta for the price of a coffee.