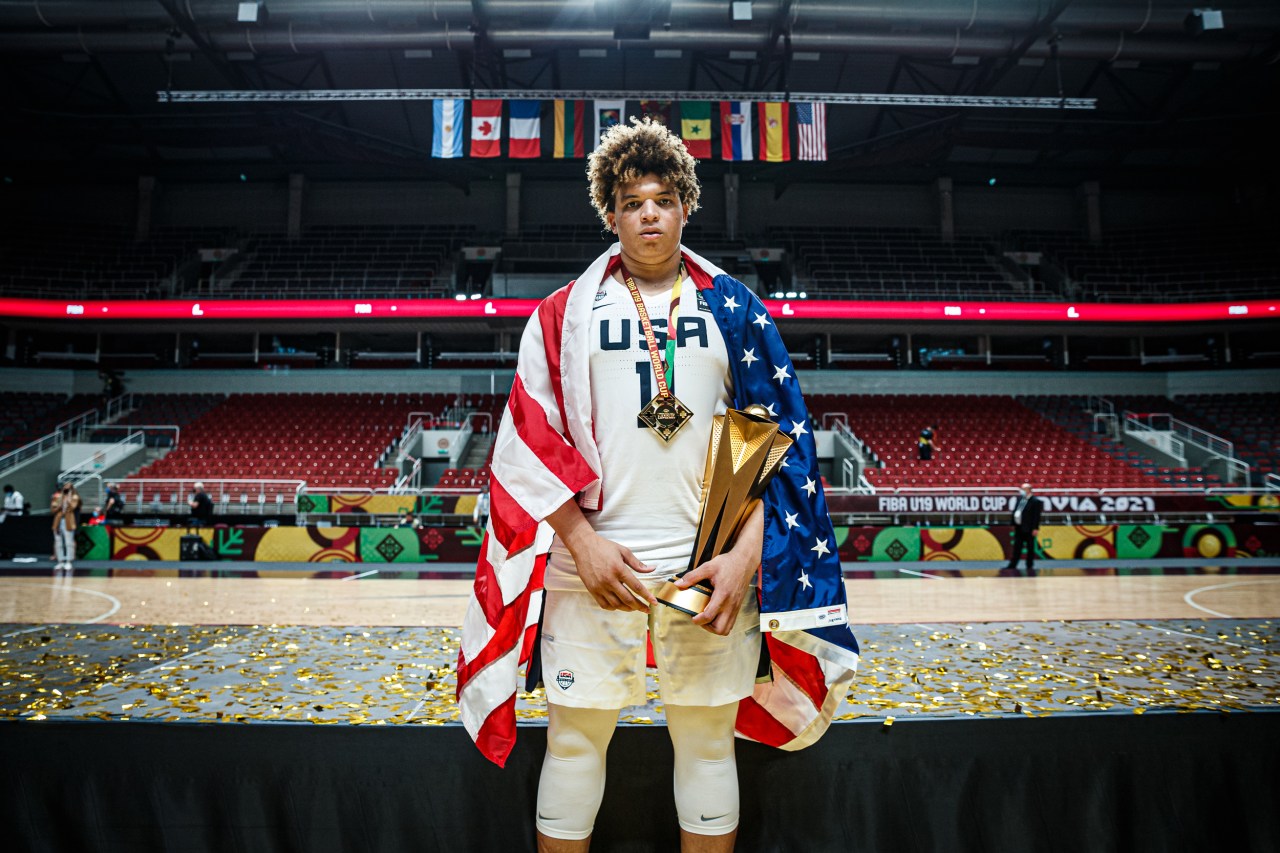 Now the world is too.

The United States were behind at halftime for the first time in the 2021 FIBA ​​U19 World Cup. And they were trailing eight at the end of the third quarter as a team from France refused to give up its advance.

That lead eventually wore off and Lofton, Jr. was a huge reason, scoring 16 points, a high for the team, along with seven rebounds, two assists and one steal to help the United States claim an 83- 81 and bring home the gold on Sunday in Latvia.

Junior was limited in the first half, taking only one shot attempt while recording just one point. As the Reds and Blues faced a 42-37 deficit at the break, they walked out of the locker room and started playing more through the post.

Step into the USA Freshman of the Year Conference (and its massive bag of cheap blows).

He scored the first two buckets for the United States in the third quarter. Down from his biggest deficit at 58-50 with 2:20 left in the stanza, Junior made his way for two more field goals and assisted on a triple to tie things up at 59-59.

France did not retreat, however, starting a 5-0 mini series to enter the fourth and final quarter with a five-point lead.

Playing almost all of the last 10 minutes of the game, Junior just got even stronger. The Port Arthur, Texas native recorded seven points and three rebounds in the final stanza to spark the return of the United States.

His biggest bucket was his team-leading seventh FG, who arrived with 2:10 left as the United States pushed their lead to 81-76. His biggest defensive play came on the next possession as he picked the pocket of the French playmaker on the perimeter, which led to a quick dunk.

And his biggest rebound came at the very end as he edged everyone out for the offensive rebound so as not to allow the opponent to have a potentially winning shot, securing the two-point victory and the gold.

He had 16 points and seven identical rebounds in the semifinal game to help the United States overtake Canada by a score of 92-86. He also scored 14 points in the round of 16 against Korea and 11 points against Senegal in the quarter-finals.

Lofton, Jr. finished first for Team United States for the entire tournament, averaging 13.1 points while shooting 65 percent from the field. He also placed second on the team in rebounds per game (5.3) and efficiency per game (15.0).

The Bulldog played like a bulldog. And while he didn’t win the tournament MVP title, he also played as an MVP.