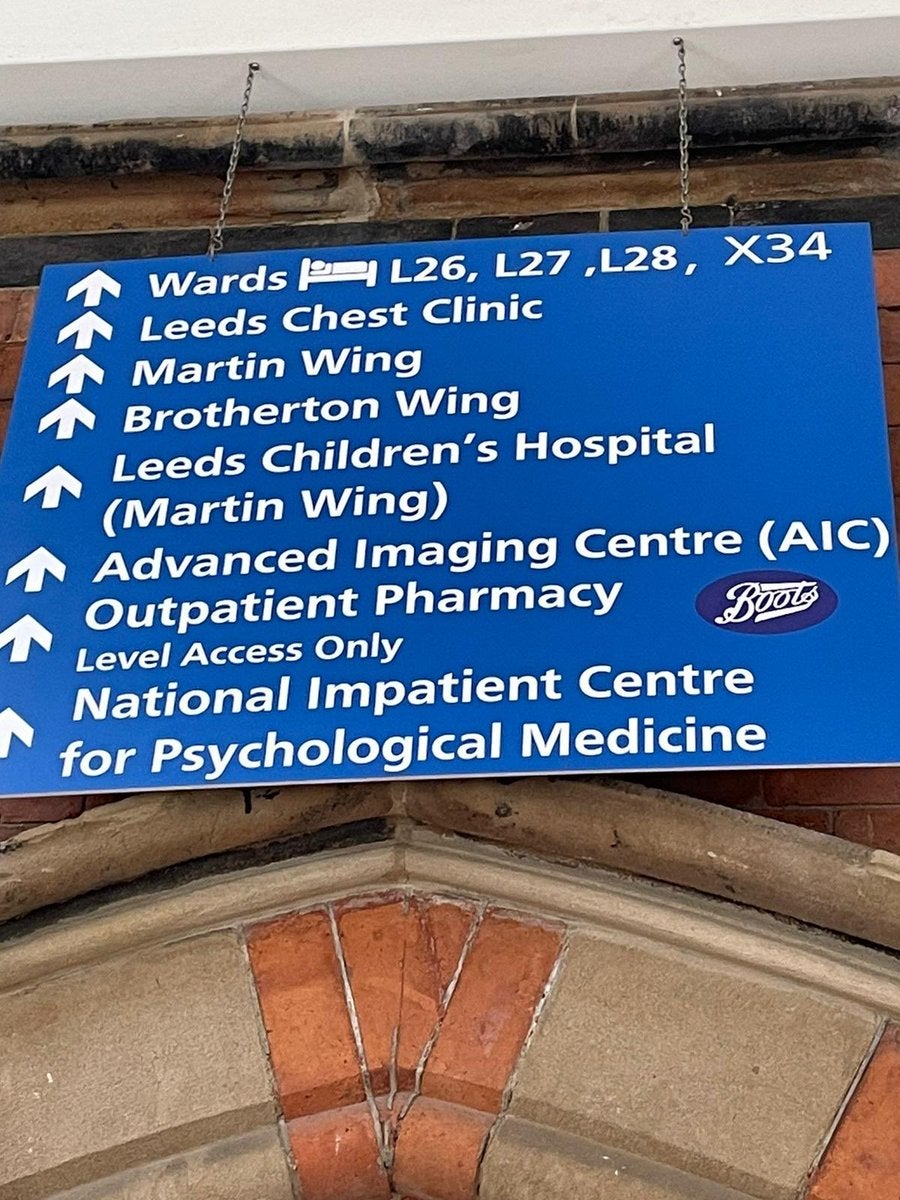 An NHS hospital trust said it would fix a sign in its building, after eagle-eyed social media users noticed there was a spelling error on it.

Sharing a snapshot on Twitter, user Andy Webster encouraged fellow tweeters to “spot the spelling error” on the sign, which was spotted at the Leeds General Hospital.

Starting at the top, everything looks normal, from room numbers to fenders such as the Martin wing and the Brotherton wing.

In case you get ‘impatient’ we’ll get right to the point. A row below the details of the outpatient pharmacy, the brand’s maker has listed its counterpart as an “impatient hub,” making it a place for disgruntled commuters rather than those who receive drug. medical help.

In response to the blunder, the official Twitter account of the Leeds Teaching Hospitals NHS Trust, which runs the hospital, hailed Webster’s discovery as a “good place”.

“We should probably fix this. Maybe give us a few days please? Don’t be… well yeah ”, they responded.

However, things got worse when another user reported another hospital error. This time it involved several grammatical errors in an email about the coronavirus:

Other commentators, meanwhile, scoffed at the nature of the typo:

Then there were those who decided to share their favorite signage mishaps:

Well, at least the hospital doesn’t have a blood supply, since they have a few bones of type …