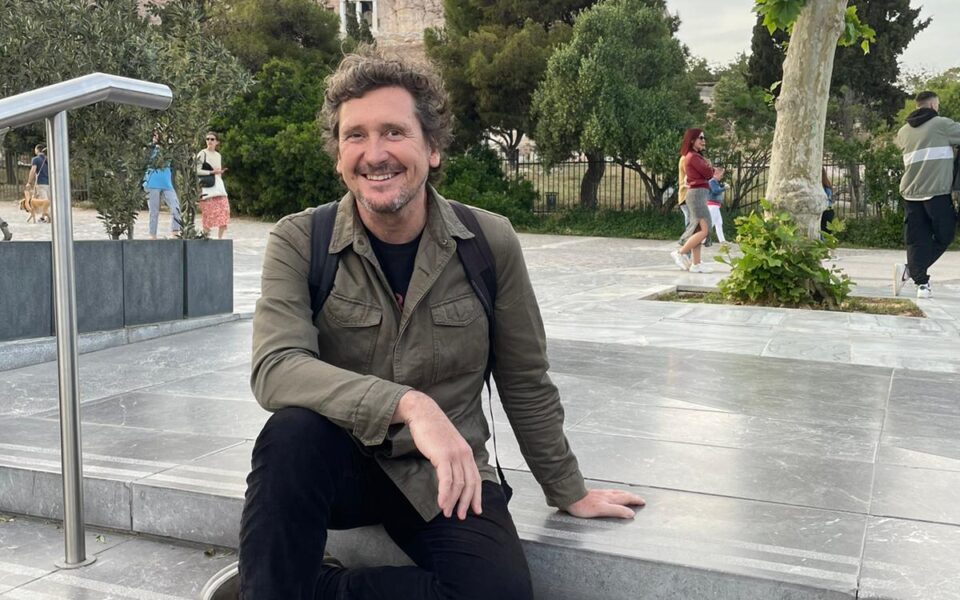 For most Europeans, Barcelona is, quite understandably, one of the prettiest – if not the prettiest – big cities on the continent. However, behind its impressive facade hides a difficult reality for its inhabitants. The excess of tourism and the reclassification of its buildings as “assets for investment” have created great difficulties for Barcelonans looking to buy a house, which could lead to social unrest. The Spanish capital knows how to reinvent itself. It is now at the forefront of major cities promoting measures against short-term rentals and hotels, in favor of social housing and the creation of public spaces while reducing car use. .

Josep Bohigas, director of the Barcelona Regional Strategic Planning Agency, recently visited Greece as a guest of the Schwarz Foundation and gave a talk at the National Technical University of Athens to dispel myths and analyze the solutions already implemented. The architect and urban planner, the son of the late Oriol Bohigas – the master planner of the success of the 1992 Olympics in Barcelona – is a man who holds no misconceptions.

In this interview with Kathimerini, Bohigas presents the lived reality in Barcelona and the common problems facing all European cities and explains how municipal authorities must prioritize the interests of their inhabitants. He also reveals what impressed him in Athens and what advice he has for the Greek capital’s mayor.

“We cannot allow the tourism industry to invade our cities, cars to occupy so much public space. Athens must urgently take measures, especially for housing,” he says.

For us, Barcelona is an example of a city that has successfully taken advantage of the 1992 Olympics and reinvented itself as a global destination. Is it true ?

When the dictatorship fell, the city had no public spaces (they existed, but it was forbidden to gather), had no urban history, it was as if we did not exist. So all of our effort in the 1980s was focused on public spaces, to create our own agora for democracy. We have rediscovered the city centre, taken care of our monuments, created new public spaces. These strategies continued for the preparation of the 1992 Olympic Games. Four areas were chosen, which served to transform the city, to open it up to the sea and the two mountains that surround it. When the Olympics arrived, we were all very proud of the result. During the opening ceremony, Barcelona said “Hola” to the world, everyone said: “Well, it’s a nice city to visit” and everyone started talking about the “Barcelona model”. .

What changed after that?

Everything was very well planned and soon the Olympic venues adapted to city life. But after the Games, another phase began. Our politicians and architects said we needed a bigger international airport, more hotels, more investors to keep our city growing. Since there was no money, we started selling to the private sector. We sold our success to whoever had the money. Architects received special permits to construct huge buildings. Shopping malls and apartment buildings that had nothing to do with the city’s past were created. We started to “lose” parts of our city. Barcelonans avoid La Rambla because it is too crowded. La Barceloneta gentrified, our port was sold to nightclubs, a wave of investment started pushing people out of their city. We thought if we became a global city, we would have a wonderful life. Instead, we have become the investment backdrop.

This seems to be a problem faced by many large cities.

Yes, for example, behind the Tate Modern there are five apartment buildings. They are furnished but empty. They have become an asset, changing owners but no one lives there. The same is happening around Central Park in New York and parts of Barcelona. It is a global phenomenon. There is a dark real estate market that buys and sells houses to investors, who don’t even know where the houses are and have their money in tax havens. For them, houses are a place to invest money, not live. Recently, our mayor, accompanied by the mayors of London and Paris, went to the UN to speak about the phenomenon. Cities must unite and fight as a network.

Suddenly, housing is a problem in most European cities. What impact has the pandemic had?

Office spaces are no longer attractive to investors. The real estate market is interested in housing.

What is the biggest problem at Barcelona today?

In the 80s and 90s, we invested in public spaces and hoped for a “positive metastasis”. That when you clean up a public space, people go there and start noticing the buildings around – first the facades and then the interior. This did not happen, unfortunately. We stayed on the facades and we didn’t go any further. If the city was paella, housing is rice. We took care of shrimp, meat, but not rice. Inside our building hides a problem: the quality of the houses, their cost in relation to people’s income, the lack of accessible housing.

How are Barcelona trying to solve the problem?

We have created a strategy with people at the center, which has many layers, such as health, housing, work. We created an observatory that allowed us to understand what was happening, to quantify the problem. How many empty buildings were there, how difficult it was for people to pay rent, what the houses looked like in terms of quality and dignity. Then we introduced new policies.

Our data showed that this could not be solved with one solution, so we created different programs. For example, for touristification, we have created a program, the “Special Plan for Tourist Accommodation”, which regulates Airbnb and hotels. There must be market control – I was walking around Omonia Square in Athens and found that 40 hotels are being built or planned around it. This is madness! Another step was to regulate rents. We have created a platform to help the government change the law, so that we stop abusive rents. There is also another law called “30%”. We require anyone restoring an entire building to dedicate 30% of the space to affordable housing. We took action against businesses that kept houses empty until prices rose. At the same time, there is a housing project, either by building new social housing or by buying old buildings to offer them as affordable housing. We also help homeless people, evicted people, by accommodating them in containers in the city center. There are many initiatives in collaboration with the private sector. For example, a company called 3rd Sector recovers empty apartments, restores them and rents them for five years at affordable prices before returning them to their owners.

Is this your first time in Greece? What have you noticed in Athens as an urban planner?

My first time in Greece was about 15 years ago, for a school trip to the island of Spetses – it was a dream. I have visited Athens twice, for conferences. I don’t have an in-depth knowledge of the city, so I’ll give you my impression. Athens is very familiar. In every corner you recognize things that concern us as well, like density, conflict, energy. I think it’s obvious that in Barcelona we are ahead in transport, but not so long ago we were like Athens. Perhaps here the problem is more stressful because the presence of cars is more concentrated in certain places. I also noticed a lot of tourist infrastructure but no houses. Athens is a beautiful city in which no one lives.

What would you propose to the Mayor of Athens?

Act in a way that prevents people from being driven from their homes. To do this, he must try to deal with the complexity of this issue. In a dense center, you need children and families, not just tourists. Tourism is not the problem, tourists are not bad. The problem lies with the tourism industry. After the Covid, we are now facing an energy crisis. Maybe in the next few years people won’t be able to travel as often as they do today. If a city’s economy relies solely on tourism, it will suffer a devastating shock.

Can you explain the concept of superblocks?

In Barcelona, ​​cars account for 30% of all transport but occupy 70% of public spaces. It is unfair. We started creating public spaces called Superblocks. Each is an area of ​​urban land bounded by a thoroughfare as a shared-use space. It’s an easy and inexpensive way to create valuable new space. We currently have three pilot projects.

How did the public react?

It’s a very radical idea, so some people were for it and some were against it. A year later, each neighborhood wants to have its own Superblock. They have no cars, less noise and polluted air. It starts a new life.

Could something similar work in Athens?

During my short stay I did not see people with bikes, child carriers, wheelchairs. I don’t know if Athens is ready to walk and if transport can support such an urban intervention.

You said that in the years to come, Barcelona must forget its sandy beach and redesign the coastline. Why is it necessary?

In urban planning, we must move from the era of sustainability to the era of resilience. It sounds ironic, but Spain, as well as Greece, once advertised itself through the motto “sea, sun and sand”. Now the sea is washing away the sand and we can’t afford to keep it forever. We must also invent shade and another relationship to the sea other than the beach. We must accept that the changes are there and build new solutions.