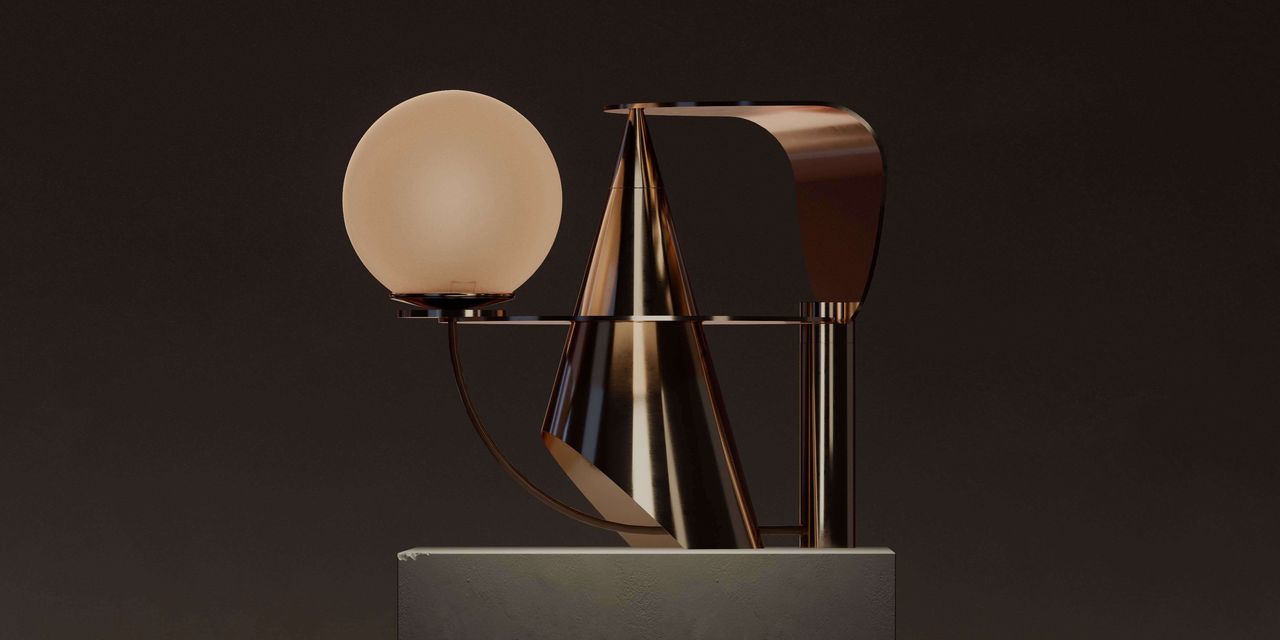 
Earlier this month, Milan Design Week was occupied by Salone Del Mobile, the world’s largest interior design show. For the 60th anniversary of the event, the first to return in person since 2019, more than 2,000 exhibitors showcased their latest, including more than 600 designers under 35.

It was the largest and most successful iteration to date, and had a strong international presence with designers coming from all over Europe, the Middle East, Asia and North America. “We believe in a Salone that breaks down barriers, becomes a cultural bridge, welcomes everyone without distinction, in the name of ethical and responsible design,” says Maria Porro, president of Salone del Mobile, the first woman to occupy this position since his arrival last year.

While the show is known for its fashion-forward furnishings (particularly, sectional loveseats), the star of this year’s event was the lighting design. From Magritte-inspired lamps to traditional Italian glass chandeliers, here are some of the lighting designs that caused a stir during Milan Design Week this year.

The Argentinian designer presented his latest modern lamps at the Nilafur showroom, inspired by the free jazz movement of the 1950s and 1960s. Entitled “Too much, too soon!” These geometric lamps are what the designer calls “light sculptures”. He explains that although he is a digital native (he was born in 1990), the digital world cannot reproduce light in the same way as a lamp. “Thinking, absorbing, playing with light is a physical experience,” says Reisinger. “So there’s no point replicating it in the digital realm, because it’s just plain inefficient.”

British designer Lee Broom has taken his work to the next level with his new lighting collection, Divine Inspiration, to mark the brand’s 15th anniversary. These minimal light pieces, some of which even draw inspiration from brutalist architecture, are Broom’s largest production to date. The fixtures are crafted from carved oak wood, aluminium, plaster and jesmonite, all handcrafted in its London factory.

“In designing this collection to celebrate my 15th birthday, I decided to revisit some of the things that inspired me to become a designer,” says Broom. “So I started looking at the brutalist architecture that I grew up with as a child, a period of architecture that I love. Deepening my focus, I turned to places of worship It took me on a fascinating journey of researching cathedrals, temples, and churches from mid-century antiquity to the present day.

The Venetian glass company has launched its latest glass chandelier, called the Magritte, inspired by the French surrealist painter René Magritte. The clear glass chandelier with 48 bulbs takes traditional glassware from the Venetian island of Murano, where the company has been headquartered for 700 years, and updates it for modern interiors. As Magritte once said: “Banish the déjà vu from the mind and seek the invisible”.

We may know Toiletpaper as the retro-inspired art magazine co-founded by artist Maurizio Cattelan and photographer Pierpaolo Ferrari. Now the duo have made their way into product design with Casa Toiletpaper. This Milanese home serves as both a showroom for their latest furniture design and an AirBnB. They call this property “an incomparable design” where visitors can “live in a work of art”. Their latest homeware series, as part of their Toiletpaper Home collection, also features lamps that are also surreal-inspired works of art. With a simple round glass globe on a black rectangular base. There are four design variations: a trumpet, snakes, playing cards and lipstick patterns.

The Italian lighting brand has opened its first showroom in Milan for Design Week, in the heart of the city’s Brera district, Milan’s most notable creative district. The company’s latest design collections including Volum (designed with Snøhetta), Flar (designed with Patrick Norguet) and IVY (designed with Vittorio Massimo). The Volum series features an icy white bulb, which pays homage to the Italian tradition of globe-shaped glass lamps. Oslo-based designers Snøhetta said the historic craft of glassmaking was the inspiration. “To see something like above, below or next to something else, to a light source, it has to be as functional and beautiful of all the prepositions in the space,” says Marius Myking, product manager at Snøhetta. “The Volum series solves this problem in its technical solution, while celebrating glass craftsmanship.”

Design company Formafantasma has collaborated with Maison Matisse, a design company run by the family of French artist Henri Matisse, to create limited-edition lamps inspired by the artist’s creations. They call the series “Fold,” and these angular, abstract fixtures are meant to “reinterpret the inventive paper cutouts and pure colors of Henri Matisse.” Many of the metal lamps resemble seaside shapes that Matisse drew when he lived on the French Riviera. And some use his trademark cobalt blue. They unveiled the new series last week at the Studio Nerino Showroom. The design team worked with folded paper mockups before creating the digital designs, as folded paper for 3D compositions was one of the ways Matisse created the art.