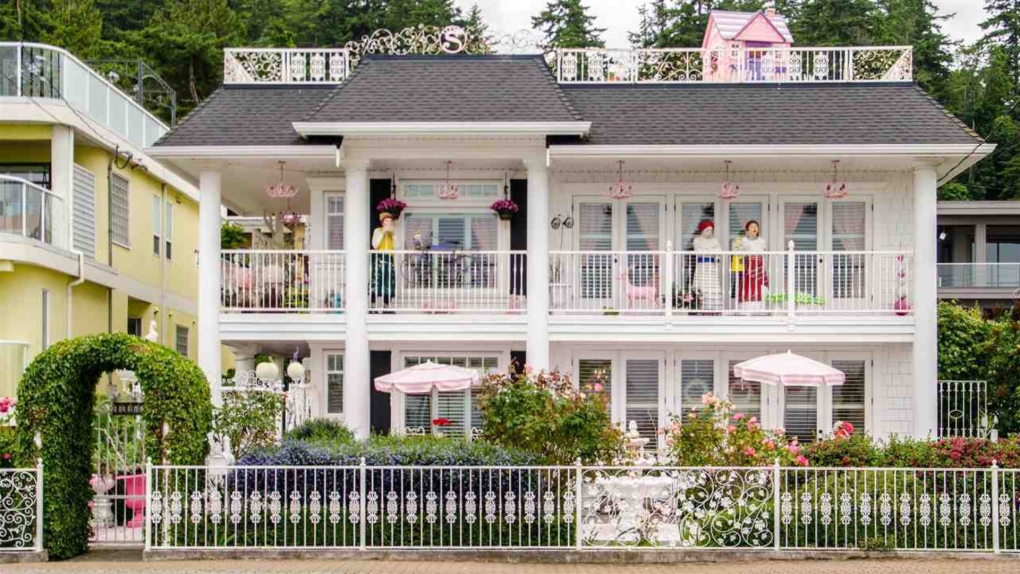 “Like Walking Through Disneyland”: The Story of the Whimsical $ 4 Million House for Sale in White Rock, British Columbia

Outside there are life-size dolls perched along the upstairs balcony railing. Inside, a miniature train passes from one room in flamboyant colors to another, passing through holes in the walls on a track suspended from the ceiling.

Needless to say the two-story house for sale on Marine Drive in White Rock, B.C. – which a viewer might describe as a human-sized dollhouse – unlike any of the other multi-million dollar properties that line the city’s waterfront.

“It’s beyond your imagination,” said Cindy Russell, the real estate agent representing the property. “To be completely honest, it’s like stepping into Disneyland a bit. It gives you that feeling.”

There is the miniature Ferris wheel on the roof. The iron tub in the living room. The sea of ​​pink walls, umbrellas, bedspreads and soft furnishings – not to mention the pink water fountain.

Then there are the countless trinkets and eye-catching keepsakes that adorn the walls, coats, and wardrobes, much of which was collected during the owner’s lifetime.

“It’s just the most amazing, unique, artistic and flamboyant place you’ll ever see,” said Russell. “This house is alive.”

With an asking price of just under $ 4 million, any potential buyer will need to have deep pockets – and Russell acknowledged that this could come with expensive tastes that don’t quite match the current owner’s penchant for the fancy.

“It’s not everyone’s decor,” she said. “But it would be a shame to see it cleaned up. It was a labor of love, until every installation.”

The owner, Susan Strangway, did not want to be asked about the property, but was happy to share a part of her story. She moved in in the 1990s, after her father – Dr David Strangway, former head of geophysics at NASA and long-time president of the University of British Columbia – asked her to come and look after her. one of her aunts in White Rock.

Over the years, Strangway and partner Weave Cleveland have taken ownership of the property, gradually transforming it into an eccentric and iconic part of the waterfront. Their philosophy, said Russell, was to go against the boring standards of interior design in a way that would bring instant joy to those who walk inside.

“And that’s right, you can’t be miserable in this house,” added the realtor. 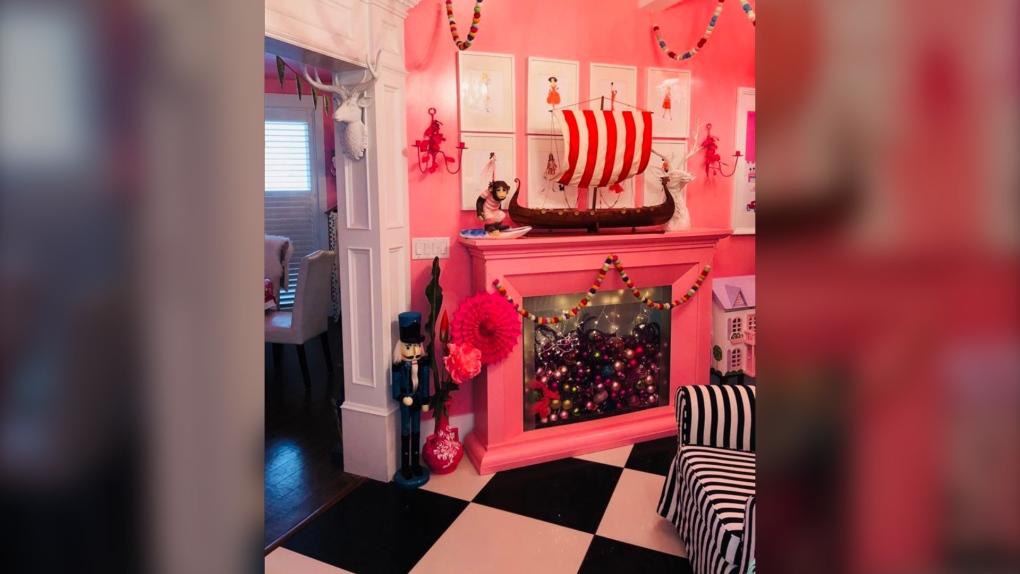 Russell was approached to represent the property after meeting the owner at a block party. The two clicked instantly, and it’s not hard to see why – Russell is known to roam around town in a pink range rover and hold a magic wand in his ads.

Naturally, she jumped at the chance to list the house.

“I’ve been selling real estate for 25 years, it’s the most unique home ever, bar none,” she said. “I wouldn’t change a thing about it if I bought it.”

So why is Strangway leaving after all these years? The answer is as fanciful as the house itself.