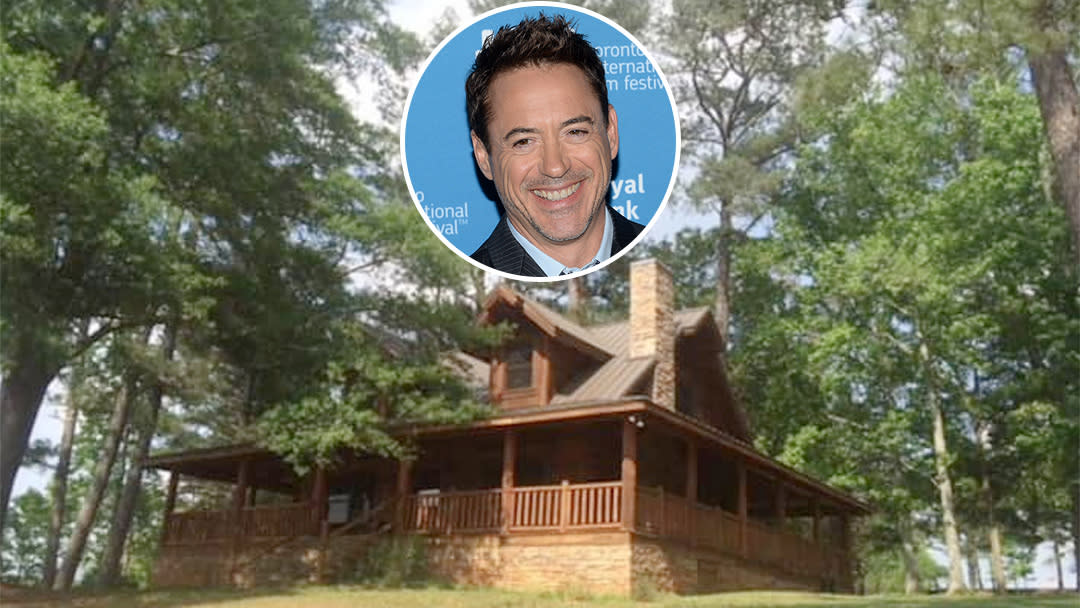 Live like Robert Downey Jr. for a night in this Atlanta Airbnb from ‘Avengers: Endgame’

“Everyone wants a happy ending, don’t they? Asks Tony Stark (Robert Downey Jr.) at the end of “Avengers: Endgame”. While the 2019 film doesn’t exactly give audiences one, the finale brought together virtually every superhero in the Marvel Cinematic Universe, along with the legendary actors who play them. Reading like a Hollywood Who’s Who, the roster of stars who came together to shoot the iconic ending sequence includes Michael Douglas, Chris Pratt, Jon Favreau, Chris Evans, Jeremy Renner, Paul Rudd, Gwyneth Paltrow, Samuel L. Jackson and Mark Ruffalo, among many others. And no, the assembly of the A-Listers was not done via CGI. The IRL rally took place outside a small cabin in Chattahoochee Hills, Georgia, about 25 miles northeast of Atlanta.

With such an incredible celebrity roster, the shoot even proved overwhelming for those involved! Of the milestone event, producer Kevin Feige said, “They were all there in the front yard of this cabin and it was amazing. It was moving for all of us. You’ve had things like Tom Holland, who plays Spider-Man, come up to me and say, “Is that Michelle Pfeiffer over there? Is she in there? ‘ because we hadn’t released ‘Ant-Man and the Wasp’ yet. ‘”

And now fans can walk in the revered footsteps of the legendary cast as the bucolic home where the poignant segment was filmed hits the vacation rental market. via Airbnb. Located on the grounds of a huge 8,000 acre horse ranch known as the Bouckaert farm, the rustic residence is currently available for $ 800 a night. And the reviews are excellent, with many customers commenting “You are going to love this place 3000!” “

The allure is understandable. The Marvel connection notwithstanding, the pad has a lot to offer. Nestled beside a scenic lake in a superhero-like setting, the two-story property has three bedrooms and three bathrooms and can accommodate a total of six people. Amenities include a working fireplace, air conditioning, washer and dryer, as well as a Keurig machine and Nespresso machine, to ensure no coffee grounds are thrown away! The TV is also equipped with Disney +, which means guests can participate in an “Endgame” viewing right where it was filmed!

Strongly consider rescheduling or postponing your trip to the central Okanagan: Henry