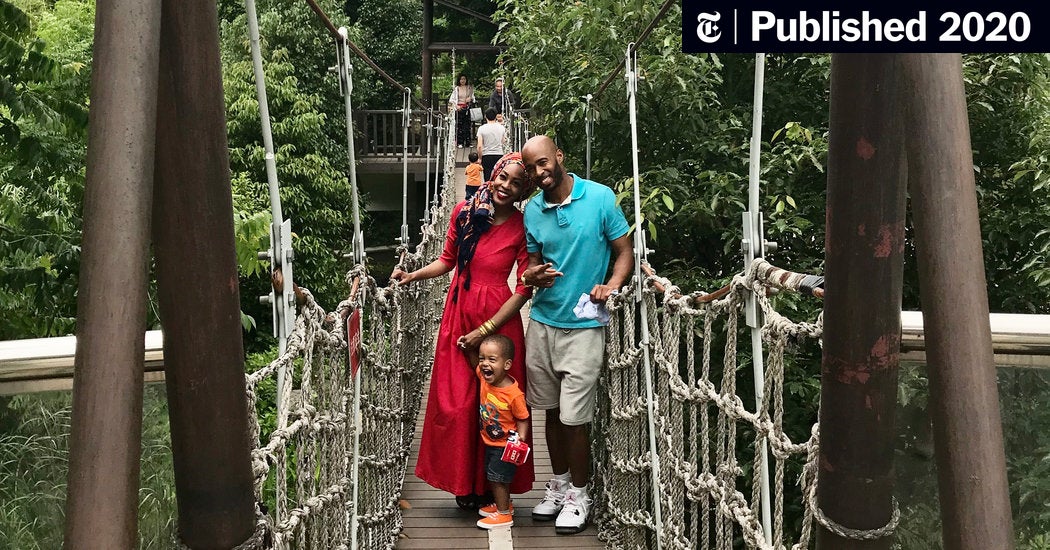 I gave birth to our son Nasir in February 2017. He was born in Szczecin, where my husband signed a contract a few weeks before the due date. I have refused to give birth in the States because black women are three to four times more likely to die during pregnancy, childbirth and the puerperium than their white counterparts. Black kids do infant mortality, which is higher than children of any other race. I just wanted us to survive and I couldn’t trust it would be the end result if I stayed in America.

Before Nasir was 2 years old, we left Poland and returned to Egypt. Then we moved to China. We traveled everywhere for pleasure. People liked Nasir, no matter where we went in the world. Strangers handed him money or sweets, and sometimes people just wanted to high-five, hug or kiss him.

“He’s such a good boy,” noted a team of flight attendants on the trip we went to Greece. They were so in love with him and handed me a European chocolate that was as big as he was.

As much as I relished in their goodness, I began to think, “When is this changing?” I knew that although Nasir was cute to people now, he could at one point be Tamir Rice, Trayvon Martin, or Michael Brown. So I decided to ask a friend who has four sons of different ages, hoping that maybe I was just paranoid.

“Do people view your sons differently when they reach a certain age? And at what age is it? I feel people are so in love with Nashra now, but I’m afraid that will change, I told her.

Before she even replied, I felt a twitch at the bottom of my stomach. It was an intuitive panic that screamed, “Get ready!”

She told me this changes around 10. Then you start to experience teachers saying your child has behavior problems and women start grabbing their purse or walking by quickly to avoid contact with your sweetheart boy.

After losing major events, Airbnb hosts are working to just cope during pandemic