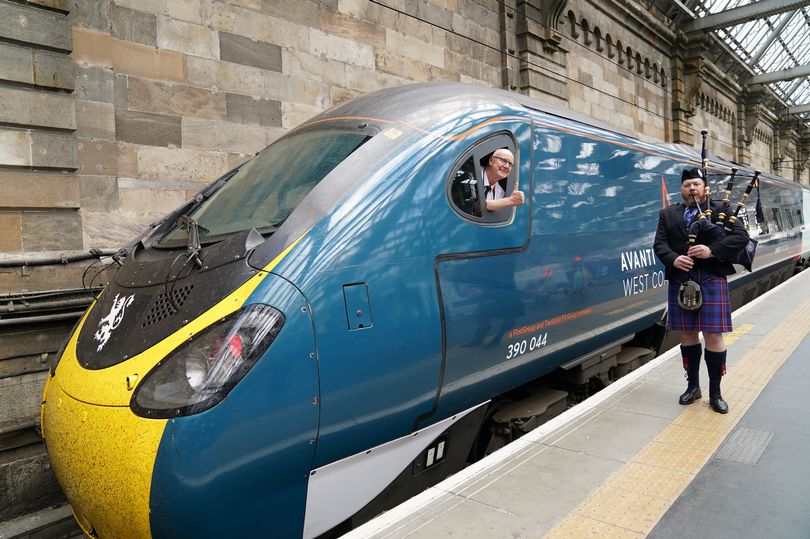 An attempt to break the 37-year record between London and Glasgow by train ended with the arrival of the Pendolino 39004 at Glasgow Central Station in 21 seconds.

The previous record was set at 3 hours 52 minutes and 40 seconds in 1984 by a BR Advanced Passenger Train (APT).

Officials said the attempt missed the record due to speed limits. While the Pendolino was limited to 125 mph, the defending APT champion was able to reach speeds of over 160 mph in 1984.

Mark Smith, former rail industry employee and train expert, tweeted that a temporary speed limit at Carstairs had cost them 90 seconds, but “it’s still the fastest train I’ve ever taken from. London to Scotland ”.

Prior to the record attempt, the train was called ‘Royal Scot’, a nod to the iconic name of the flagship London to Glasgow Train which operated from 1927 and was retired in 1962.

Seats on the train were donated by Railway Magazine, with the proceeds going to Action for Children and the Railway Benefit Fund.

The operator of the service is already planning a second attempt next year. Nick Westcott, director of operations at Avanti, said Scottish they “need to have another record crack next summer.”

“We’ll have a party before HS2 takes our breath away. “

High Speed ​​2 (HS2) will reduce train trips from London to Glasgow and Edinburgh to 3 hours 37 minutes and will continue further north on the West Coast Main Line.