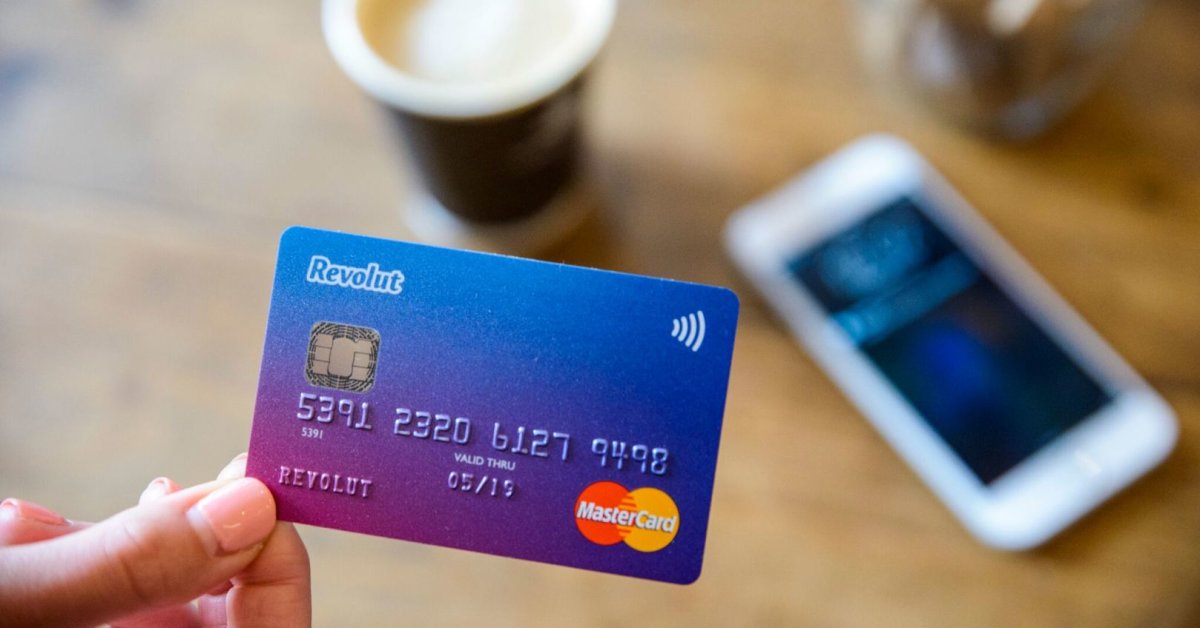 One month ago, the first Europe Lithuania granted a specialized banking license to the company Revolut, which caused suspicions to the Member of the Seimas S.Jakeliūnas. Parliament appealed to the FNTT and VSD to verify the business model of the financial company and its links to Russian policy. Although S.Jakeliūnas does not comment on secret certificates, according to him, the information provided is cause for concern.

What is it about the information that casts a shadow on the financial technology sector and the fashionable start-up, which are fiercely defended by the Bank of Lithuania? LRT law enforcement sources revealed that data on Revolut’s plans to establish servers in Russia, as well as on the relations of the company’s founder N.Storonskis’ family with Gazprom, had been withdrawn in secret certificates. The LRT Research Division verified this information.

The father is associated with Gazprom

Revolut was introduced as the UK’s financial startup. It is no secret that one of its founders, N.Storonski, was born and educated in Moscow. N.Storonskis is publicly named as a Russian emigrant, but his own and the company’s ties with his homeland may be much stronger than announced.

LRT Research Division managed to find out that the father of Revolut founder N.Storonskis is Nikolajus Mironovičius Storonskis – Deputy General Director for Science of Gazprom research center Gazprom promgaz. NMStoronski is not only an official of the research center, but also an order of the Russian authorities for merits to his homeland, as well as a certificate of honor twice awarded to Gazprom.

Moscow Population Register information is found that both Storonskis are registered at the same address.

The LRT Research Department also managed to obtain a real estate statement stating that the housing at the specified address in Moscow from the acquisition of Gazprom was the same NMStoronskis. This can be significant so that data on Revolut CEO N.Storonskis can be obtained. 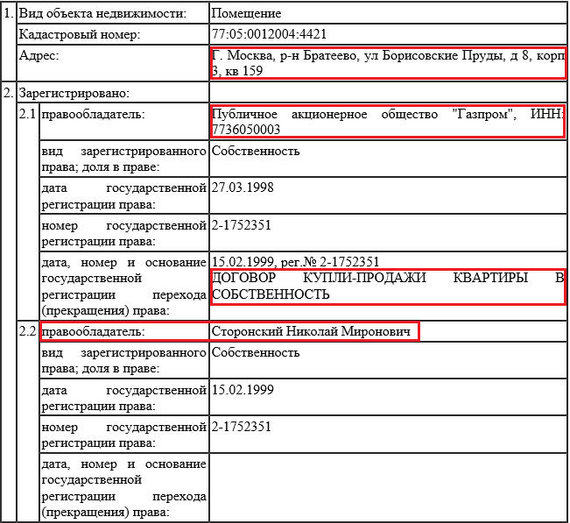 The LRT Research Division contacted Revolut for this information. On Friday, January 18, Ieva Elvyra Kazakevičiūtė, Public Relations Representative for the Northern European Region, presented a response that strongly denied the information collected from the registers. “I cannot comment on the creditworthiness of the source, yet our CEO Nikas Storonskis replies that the said person is not his father,” the letter said.

However, just before appearing for the investigation with all the documents collected, Revolut representatives still confirmed the authenticity of the information.

“I just personally ended the interview with our CEO N.Storonsky, and you were right – Nick confirmed that his father is NMStoronsky from Promgaz, who you mentioned. Once again, I am sorry, I feel very unprofessional, that we were misled at first, but now we are transmitting Niko’s direct answer, “the letter received on the eve of the publication of the study.

When asked if he has knowledge of the Storonskis interface, the SSD only needs to answer to the extent that it discloses intelligence – it is forbidden. The same answer is valid in the case of the Revolut certificate for the parliamentarian S.Jakeliūnas. The FNTT provided similar answers to the same questions.

The media reported last year that 250 million invest by investing in DST Global funds owned by one of the oligarchs of the Russian Federation Yuri Milner. This is what you need to buy, and shares of Facebook, Twitter, Spotify, Airbnb, WhatsApp and other technology companies. 2017 The International Center for Investigative Journalism released documents and evidence that Milner had received funds from the Kremlin to acquire shares in Facebook and Twitter.

According to the US daily NYTimes, the investment in the social network Twitter was received through the Russian government-controlled bank VTB, and the funds for Facebook shares came from Gazprom Investholding, the company is also controlled by the Kremlin. DST Global was founded in 2009, just as Milner began working with Russian oligarch Alisher Usmanov to invest in that other fund.

Usmanov is close to Vladimir Putin’s environment. This is evidenced by the receipt of four state awards: the Medal of Honor of Russia, the Order of Merit for the Homeland, as well as the Order of Charity and the Medal of Merit in International Relations.

U.S. security experts comment that Kremlin-related institutions are investing in business not only for commercial but also for strategic interests. All the more so as both Gazprom and VTB are on the Western sanctions list. 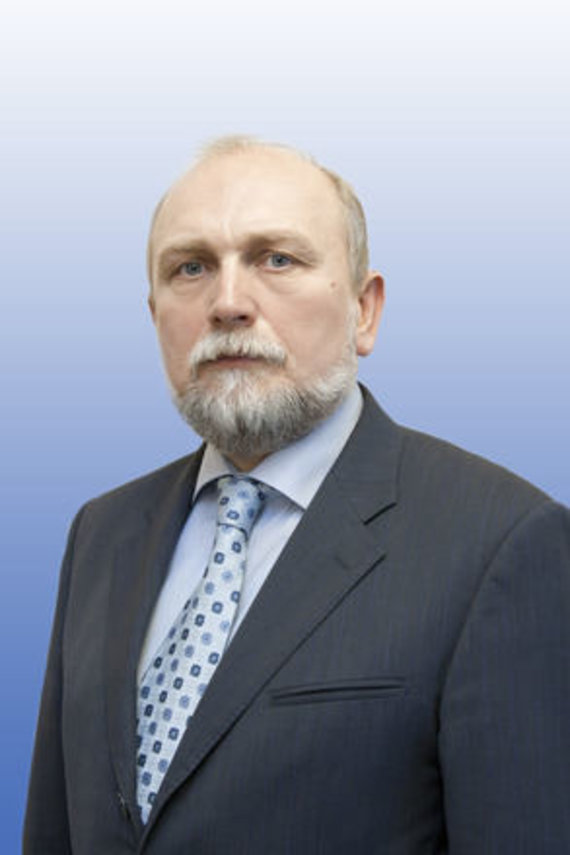 According to the head of Vilnius Institute of Political Analysis. Analyst, security expert Marius Laurinavičius, J. Milner and A. Usmanov’s investments in Revolut show that the company is based on Russian capital. “This is why the risk of opacity and corruption remains. J. Milner and A. Usmanov are part of the regime, they can be talked about as an independent businessman, “says M. Laurinavičius.

According to the expert, the confirmed link between Revolut and Gazprom means that N. Storonski Jr. did not come out of nowhere and simply founded a financial company. “This could be another confirmation of the link to Mr Milner’s € 250 million. yes. This is another proof that Revolut offers with the regime. “

The company’s servers have puzzled the riddle

Data on Revolut’s servers being relocated to Russia were made public last year by the country’s media group RBK. She quoted Bogdan Uzbekov, the company’s representative in the country, as writing about Revolut’s launch in Russia. “Uzbek has clarified that Revolut is already relocating servers to Russia to comply with local regulations on the storage of personal data.” written in the publication.

If the company’s servers are or will be in Russia, it means that they will be available for the security of the country. 2017 The Law on Critical Information Infrastructure Security adopted in 2006 obliges the protection of the country’s health, transport, communications, finance, energy and other key industrial enterprises from cyber attacks. The law says everything when a company keeps information systems under the supervision of state institutions.

The decree signed by Putin makes it clear that the FSB is the main institution protecting critical information infrastructure. The decree comes after a legal dispute between the FSB and Russian-based correspondence companies Telegram, which owned $ 100 million. consumers worldwide.

The FSB required the company to pass on decrypted correspondence from its customers to the security service. The company asked for sensitive information, but the court ordered Telegram to comply with security. It is after the end of legal disputes in favor of the FSB that the government decides to pass this law, which prevents any legal disputes over the transfer of information. 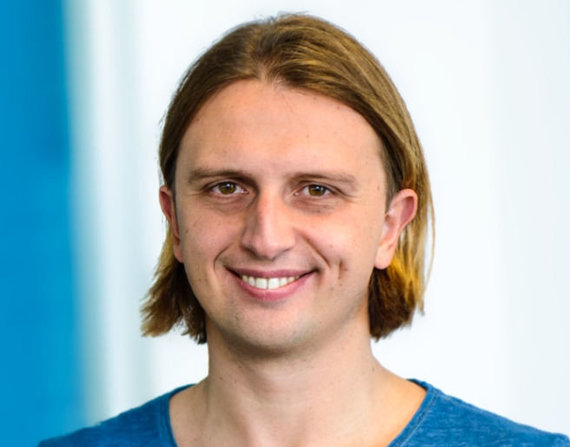 Now that Revolut’s servers are allegedly being relocated to Russia, the FSB can request data from the startup at any time. And the data contains very sensitive information. The Revolut app requires access to customers at permanent locations, contacts, cameras. The mobile app collects data on how and where a person spends money, what his habits and hobbies are.

A Revolut service phone has also been purchased, and the user must confirm their identity by taking a photo of the identity document. Cybersecurity expert Marius Pareščius says that he has not heard about the company’s servers being relocated to Russia. According to him, if this is true, in this case the data on Lithuanian customers should be stored in the EU, the regulation of watch data protection. Mr Pareščius sees many opportunities for the Russian FSB to have direct access to European population data.

“In Russia, according to their laws, data must be stored only on Revolut cards issued. On the other hand, if Lithuanian residents pay for any bank card on Russian portals, transfer or receive funds to or from cards issued in Russia, then the data on such transfers is stored on the servers, ”M. Pareščius explains.

At that time, the representatives of Revolut paint reality a little differently. When asked about the server, the LRT Research Department received the following answer:

“I am afraid that my colleague Bogdan was in a hurry with the comments made in 2018. June, or they did not have to understand and communicate in the media. Thank you for applying and for being able to dispel any confusion that arises as the story is not here.

All our servers are in the UK and EU only. We do not have servers in Russia and we do not raise ten of them. We do not provide services in Russia, then our activities in the European Economic Area (EEA) are not regulated by Russian law.

The ultimate goal of Revolut is to operate in many parts of the world;

“I emphasize to Darkart that Russia is not in the EEA as a result of this development outside the EEA and, as a result, new server plans, and I believe that Bogdan’s communication is specifically linked to this, unfortunately, partial knowledge of the plans.” for communication IE Kazakevičiūtė.

Information about the alleged plans of Revolut in Russia, statements of LRT sources, withdrawing marks for the parliamentarian S. Jakeliūnas, only is it not the case that the data do not correspond to reality? LRT Research data, the crystal of truth is.

The whole Russian market is in Revolut’s plans. Last May, a Russian fast settlement platform Qiwi on its portal announced a partnership with Revolut. Commenting on the partnership, a Qiwi representative assured that Revolut is bound by all Russian laws in order to work with Qiwi and ensures full integration into the Qiwi platform. Revolut representatives are seeking confirmation of the information, but the whole truth is not revealed.

“The first agreements have been signed with Qiwi, so that they will be our partners when we ever start operating in Russia. However, the partnership and no work is currently underway on enlargement in Russia. Naturally, Revolut offers an interesting international game “Qiwi” was interested in future cooperation as soon as possible, “says IEKazakevičiūtė.

Although Qiwi sounds like a progressive and advanced information technology company, its ties to the Kremlin are no different from conventional financial institutions. One of Qiwi’s shareholders is Otkritie Bank, owned by Otkritie Holding. Its shareholders are Russian bankers and oligarchs, with state awards, such as billionaire Leonid Fedun, who owns ten-year-old companies Lukoil and the Moscow football club Spartak.

There is also another person on the Qiwi board who is closely associated with the Kremlin. Mark Jeims Rhodes, one of the board members, is also on the board of the fertilizer company PhosAgro. One of the shareholders of the fertilizer companies is Vladimir Litvinenko, who became a billionaire during Putin’s rule and led Putin’s presidential campaign in St. Petersburg in 2000, 2004 and 2012.

In addition, Qiwi joined FinTech, the latest financial technology association established by the Central Bank of Russia, two years ago. It owns a group of Russia’s most influential banks, including Sberbank, VTB and Gazprombank.