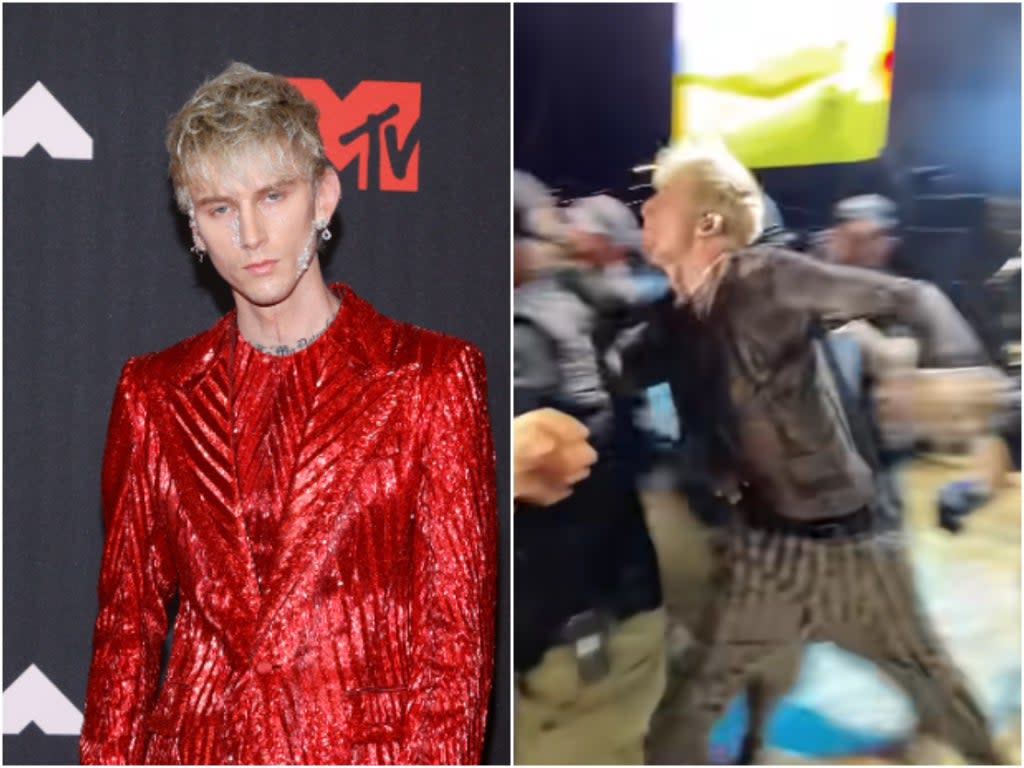 Kelly machine gun was filmed brawling with an audience member at a Kentucky festival this weekend.

The singer was performing at the Louder Than Life Festival in Louisville on Saturday, September 25, when a man pushed him after he jumped off the stage.

Machine Gun Kelly then attempted to take on the man while continuing to play, before throwing himself forward and appearing to punch him in the face. He was then detained by security.

Earlier that night, the musician had received boos from the crowd wondering why the rapper was performing at the Louder Than Life Festival, given that it is an event typically performed by metal bands.

The independent has contacted representatives for Machine Gun Kelly for comment.

McGregor has denied the rumors, declaring: “Nothing happened with me, I only fight real fighters, people who really fight… I certainly don’t fight little vanilla rappers. I don’t even know the guy.

Machine gun Kelly then started another feud with Slipknot last week after making fun of them on stage at Riot Fest.

However, it was put in his place by Slipknot frontman Corey Taylor, who denied Machine Gun Kelly’s claims that Taylor worked on one of his songs but it was “fucking terrible.”

He shared two screenshots of emails. One, apparently from Barker, sent comments from MGK indicating that Taylor had “f *** in killed” him with his vocal contribution and that he was “thrilled” to have the Slipknot frontman on the track. . MGK added some notes on the changes he made to the song and the requests for the second half of Taylor’s verse.