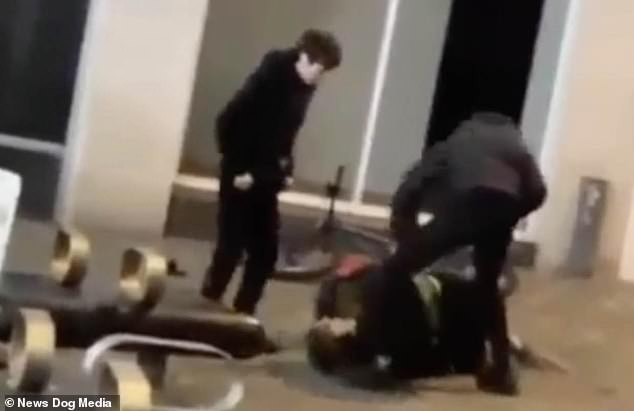 By James Gant For Mailonline

Shocking footage shows a man beaten and “stabbed” by thugs while lying on the ground in a shocking attack in the city center.

The gruesome video shows the moment the fight erupted in Williamson Square in Liverpool over the weekend.

Merseyside Police said they were aware of the clip although the incident was not reported to them.

Officers urged anyone with information to come forward to help catch the culprit.

The grisly video showed two men grappling with the ground as two others stood nearby and kicked and punched them.

One of those who stood up then puts his hand in his pocket and pulls out what appears to be a blade.

He then forces his arm in three stabbing strokes towards one of the fighters on the ground as someone screams.

Police said there was an increased presence in the city center to deter any further attacks.

Officers said they were investigating to try to understand what happened and when the attack occurred. 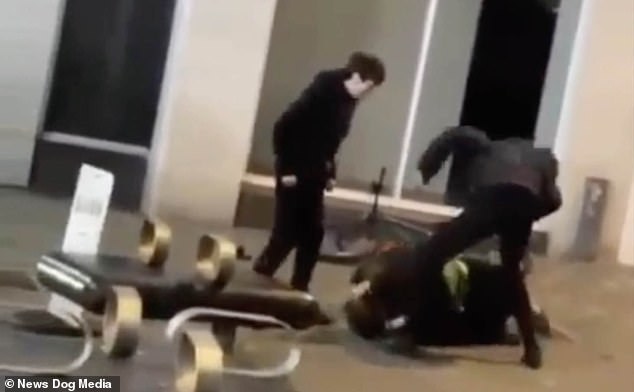 Chief Inspector Gary O’Rourke said: ‘If you saw this shocking incident – if you were the one filming the video you are the victim or you witnessed anything then say so. -we.

“Whether you come forward directly or anonymously, your information could be vital in helping bring those responsible to justice.

“Knife crime has no place in our communities and we rely on members of the public to provide information on such incidents to keep our streets safe.

“We are increasing patrols in the downtown area today to make sure everyone can have fun safely while on the move.

“As a force, we have seen a decrease in reports of knife crime over the past two years.

“However, over the past week we have witnessed unacceptable and criminal acts of violence in the downtown area, including two appalling hate crimes.

“We will continue to work tirelessly with the public and our partners to prevent violence and eliminate the scourge of knife crime from our streets. 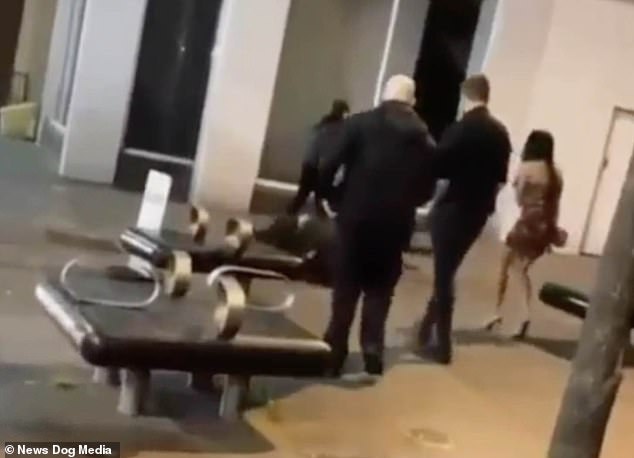 “Reducing knife crime is one of the priorities of our force and our message to those who might think of carrying a knife is clear: it just is not worth the risk.

“Every day, we patrol, carry out searches, execute warrants, do everything we can to arrest offenders and bring them to court.

“We routinely search the lands and houses where we believe knives have been stored and if you get involved in knife crime it is only a matter of time before you are injured or arrested.

“We are also working closely with our communities, schools and protection partners to tackle knife crime by taking a more preventative approach, working to educate, divert and influence youth away from knives and other violent crimes.

“During Operation Scepter, a week of action dedicated to the fight against knife crime, police officers proactively engaged with young people to warn them of the dangers of carrying a knife and the consequences of this type of criminal activity.

“We will never stand idly by and let people carry knives and threaten their safety and the safety of others.

“With the help of the public we can make Merseyside a safer place and I call on anyone with information regarding this incident or a knife crime in Merseyside to contact the police.”