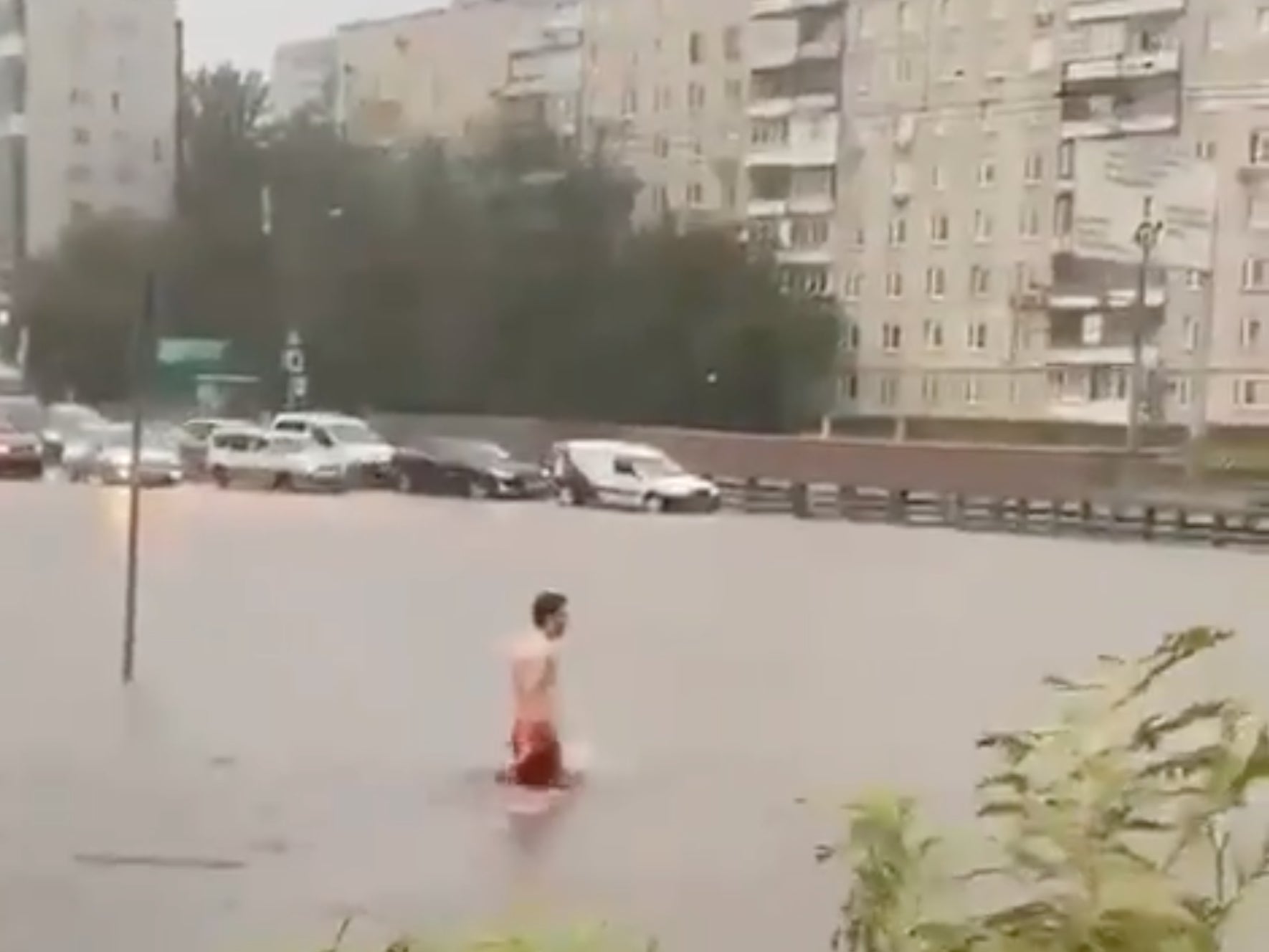 Moscow was hit by a “super storm” of heavy rain, which left a metro station and several streets severely flooded. In a single day, the capital experienced torrential rains that were equivalent to 70% of their monthly norm.

The Russian Emergency Situations Ministry has since responded and issued an emergency warning regarding the extreme weather conditions with heavy rain, thunderstorms and hail expected until the end of the day.

For the most part, the weather warning encouraged people to stay indoors, but for a man, “where there is a will, there is a way” comes to mind. In a video shared on Twitter, he opted for a leisurely afternoon swim amid the chaos.

In the video, Alex Kokcharov said: “This is the weirdest video ever. #Moscow, #Russia, today. Moscow experienced a day of torrential rains, with rainfall equivalent to 70% of the monthly norm.

Responding to the bizarre video, a disapproving user said, “In my experience, when a city is flooded, the floodwaters are immediately contaminated by the sewers.

Another added: “I hope this guy has access to good antibiotics.”

An emergency service source told Russian news agency TASS: “We know at this point that the downpour has flooded several streets east of Moscow. The traffic is congested because of this. In addition, the Yasenevo metro station is flooded. There is no train service between Tyoply Stan and Novoyasenevo stations ”.

Just as we thought it couldn’t be worse, across the pond in Detroit, Michigan, it seems like swimming in floodwaters is becoming a theme.

In an image shared on Twitter on Monday, residents can be seen enjoying a morning’s rest, complete with inflatable swimming pools … in a flooded highway.

A local concerned turned to Twitter. She said: “I have been through several huge ‘once in a lifetime’ floods and it never ceases to amaze me how many people go swimming, headstand there etc. even after learning there is had raw sewage and who knows what else in it.

We hope this doesn’t become a new TikTok trend!