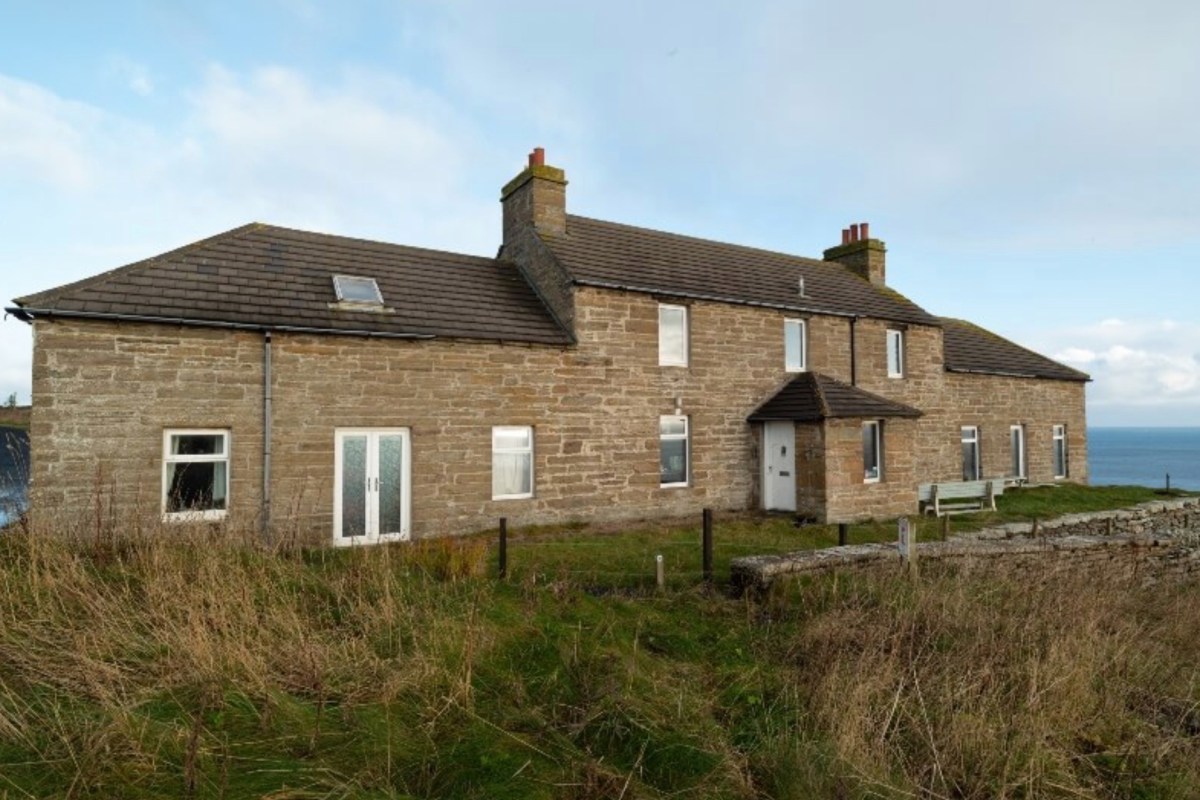 Mansion with spectacular views is up for sale for just £325,000

A MANSION with spectacular views has gone on the market for £325,000 – and comes with a very special feature.

The five-bed coastal cushion, which dates back to 1860, features a castle-style courtyard, commercial kitchen and, best of all, its own waterfall.

The unique house is spread over two floors, with four bathrooms and has an original style of decoration.

It has hanging lampshades, exposed brick walls and floor level windows in the main reception room.

Other rooms have lots of color, including one with blue walls, a blue fireplace, and blue accent tiles on the floor.

Located in the Scottish Highlands, the property sits above the famous Whaligoe Steps and rugged coastline rocks.

But its real draw is the breathtaking view of the waterfall.

The house was previously a restaurant known as Whaligoe Steps Café and Restaurant, with the ground floor as a stop for those exploring the steps and the coast.

Prior to this, the B-listed property was a herring station with a cooperage and stables.

The main garden is a courtyard enclosed by brick walls but could do with a bit of TLC.

There are several other garden spaces around the property, as well as plenty of open land surrounding it for those who like greenery.

The boutique building measures 2,551 square feet in total, which equates to £127 per square foot.

A listing spokesperson said: ‘Bought by the current owners for the position and the views, it has been extensively refurbished to an extremely high standard.

“Dating back to 1860, the B-listed property was originally a herring station with a cooperage and stables.

“Part of the ground floor was, until recently, a restaurant with a commercial kitchen, a reception room and guest toilets.

“A new owner could continue with a similar business or manage Airbnb in the upper wings.”

The visit is absolutely essential to appreciate not only the uniqueness of this house, but also the location, the breathtaking views and also the potential it has.

The ground floor comprises a huge living and dining room with windows at ground level, a kitchen, two large reception rooms, a utility room with two separate WCs and a bedroom.

All windows are double glazed and the heating system is oil fired although a large Ecco stove in the lounge and dining room can heat most of the building.

There is also off road parking for several cars outside.

The spokesperson added: “Viewing is absolutely essential to appreciate not only the uniqueness of this home, but also the location, the breathtaking views and also the potential it has.”

The nearest railway station to the rural property is 11km or Gills Bay ferry terminal 32km.

Five-bedroom house in the Scottish Highlands with a WATERFALL on its doorstep on the market for £325,000

These are 10 of the best wineries in New Hampshire