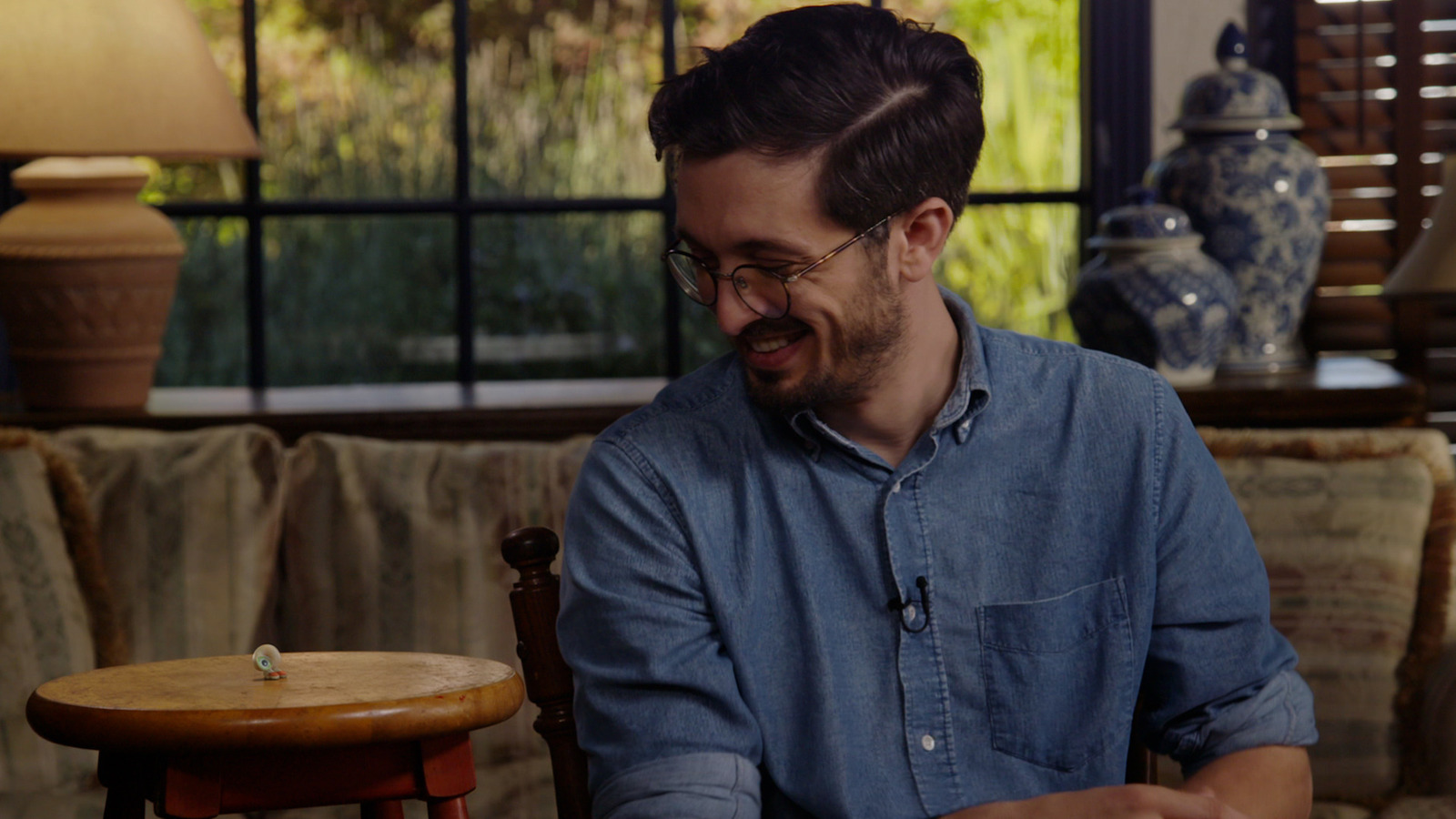 Alright, so first of all, great movie. I laughed. I cried. I was very, very touched. But back to the original “Marcel” shorts.

It’s these cute little three-minute vignettes without much narration. What made you think, “I should make a feature out of this?”

I know it’s a little crazy, isn’t it? I kind of love that we were able to do it in such a surprisingly emotional way, and that the bar was so low for people who come in because they’re like, ‘I remember those silly little snippets of a story, a character.” And then they’ll just be emotionally hammered by the movie.

I went to film school and the goal has always been to make “Marcel” a feature film. And I think it took a while to figure out how to do it. How do you develop this story from such a small core, and how do you do it in a holistic way with what’s special about the character?

So “Marcel The Shell With Shoes On,” despite starting out as a solo character in a series of shorts, is really about community and family — or more specifically Marcel trying to reunite with his family. Why was this the direction of the film as you developed it?

In a lot of our early brainstorming sessions on how we’re developing this character, your immediate thought is, how can we put him in a [movie] …and also that was influenced by the fact that we kind of took a lot of studio meetings in the beginning, because we didn’t know what we were doing. And everybody wanted to adapt that character, but they wanted to do it in a bad way, “How can we pair him with John Cena and they can fight crime,” or whatever. So we were, through this process, forced to – I suddenly was like, ‘Oh, okay, we’re not going to be able to do the right expansion of this character without taking some time and finding the right people to do it, and really connect emotionally with what’s personal to us about it.”

And we started thinking, how do we look up close instead of far away, how do we connect to the things that really matter to us? And I think community is a big part of my life, and I felt very lucky to have fallen into a scene of people, both in film school and then in the comedy clubs around New York when I lived there, and I really felt like a community of people who were all doing the same thing, had similar interests, were all trying to make each other laugh and trying to make things, like good art, trying to Excel. And that shaped my first artistic experience so much more than going to film school.

Are these really “charity shops and cafes”? Spent a day in Yorkshire’s smallest town – just a 30 minute drive from Teesside

Laura Yuen: How to travel with just hand luggage – and some tips if you…