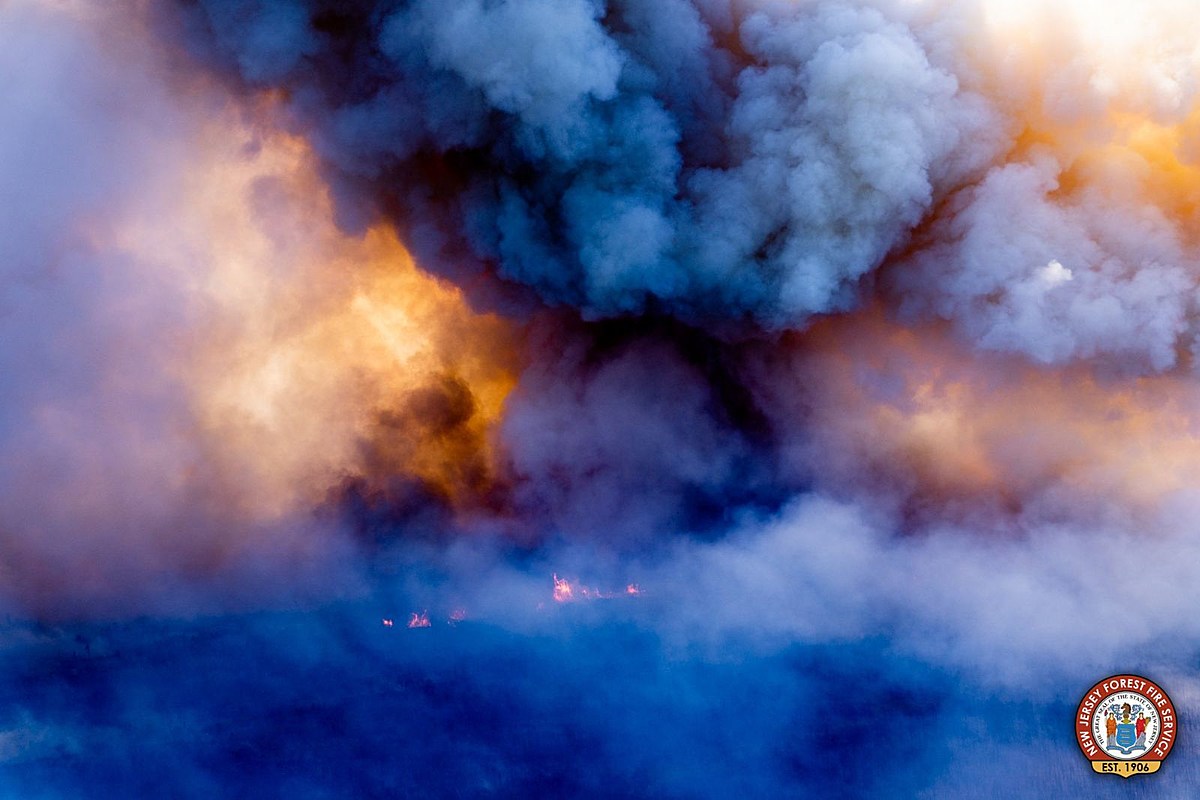 The smell of smoke continues to linger across much of New Jersey as the Mullica River wildfire is nearly brought under control.

The Mullica River wildfire remains 95% contained Wednesday morning, according to the NJ Forest Fire Service. 13,500 acres have burned so far. The New Jersey Forest Fire Service said the fire would consume no more than a planned 15,175-acre containment area.

The blaze is on track to be New Jersey’s largest since a blaze that charred 14,000 acres near the Warren Grove Firing Range in 2007.

The faint smell of smoke lingers

Models show a slight odor drifting through central and northern New Jersey on Wednesday on a southwest wind, according to New Jersey 101.5 Chief Meteorologist Dan Zarrow.

“I don’t think we will face serious air quality issues in the future,” Zarrow said. Air quality reached dangerous levels in some areas on Tuesday.

Firefighters will remain at the scene for several days until there is significant rainfall, according to Forest Fire Service Fire Chief Gregory McLaughlin. There is rain in the forecast which is expected by Thursday.

“There will be some showers around Wednesday and Wednesday evening, with a quick dip expected Thursday morning,” Zarrow said. “That will definitely help.”

Kayaking and canoeing along the Mullica and Batsto rivers remain closed between Atsion and Batsto. Pinelands Adventures has suspended kayak and canoe tours.

McLaughlin asked anyone with information about the illegal campfire that allegedly started the blaze Sunday morning to contact his Division B office at 609-726-9010.

Before fireworks light up the New Jersey night sky, celebrate the nation’s birthday with a daytime celebration near the coast at one of New Jersey’s Independence Day parades.