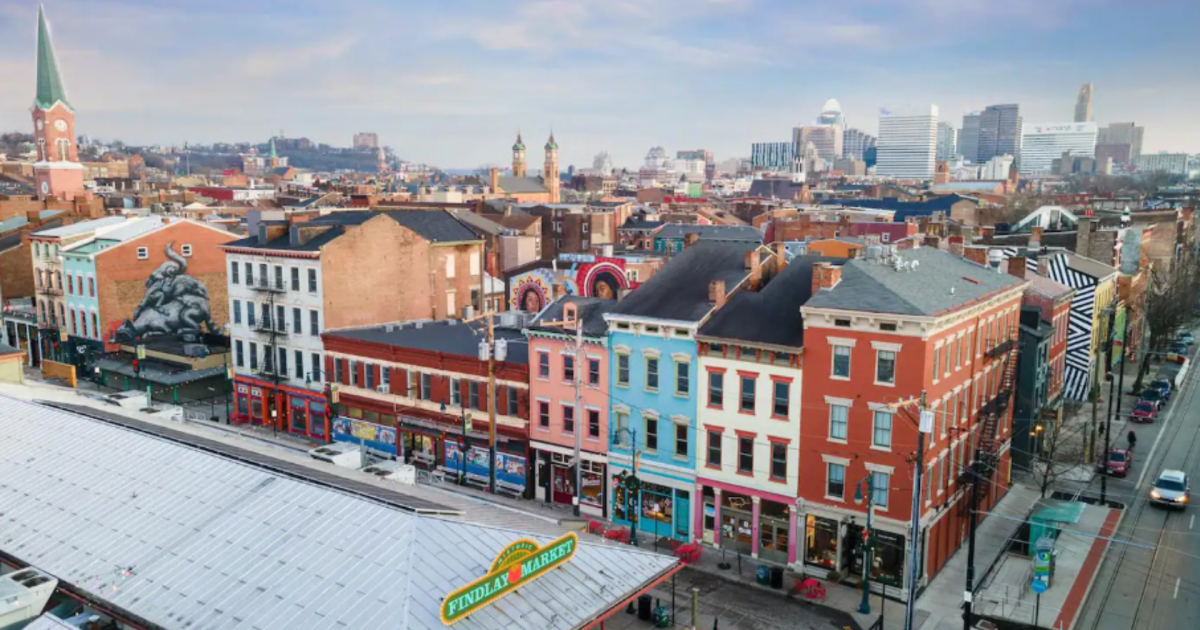 Meet the host with 71 listings

CINCINNATI — Danielle Henry spends her days arranging dozens of condos, apartments and entire buildings around downtown Cincinnati. The properties she manages are all short-term rental units.

Before moving from German townhouses to luxury apartments in the Queen City, Henry spent years in the traditional hospitality industry, working at hotels like Marriot and Hilton. With the emergence of websites like Airbnb and Vrbo, she saw a better solution.

Now Henry works as a city operations manager in a small team in Liberty Hill Rentalwhich operates short-term rental properties under the host name “Chris & Chris” on Airbnb. According to its website, the company offers “centrally located homes away from home for business travelers and vacationers.”

Chris & Chris have 71 listings to their name in Cincinnati. Prices range from $50 to $3,000 per night, some of which include multi-family stays where costs can be split.

Chris & Chris started in 2015 in founder Chris Hikel’s spare bedroom. He listed it on Airbnb to try and make some extra money. When Liberty Hills Rentals was officially founded in 2019, Chris owned 21 short-term rental properties in the Queen City. After rebounding from a significant drop in business due to COVID-19, the company now has more than 70 rental listings in at least 15 buildings in Over-The-Rhine, Mount Adams, Pendleton and Covington.

Henry said the majority of Chris & Chris listings are not owned by Liberty Hill Rentals.

“We actually manage for private owners,” Henry said. “We take care of day-to-day communications, property upkeep, housekeeping and everything from there.”

Henry said Hikel owns about 25% of the slates. The other 75% they manage are owned by locals and people who live out of town. According to Henry, some listings are single units in condo complexes while other listings are entire buildings with multiple rentals available for reservation.

One of their buildings is right next to the Rhinegeist Brewery, with different themed suites named after Rhinegeist beer like the Suite Bubbles, Swizzle Suite or the Cheetah Suite. Henry said the brewery would often recommend guests of large events like weddings to stay at Airbnbs owned by Liberty Hill Rentals.

“Rhinegeist obviously has this event space, so we’ve had a lot of weddings, a lot of wedding parties; they need a good amount of space. We’ve had family reunions in this building, just different gatherings” , Henry said. . “Thanksgiving it…usually rents for the whole building because people are looking for a place to put their whole family together.”

Henry said rentals aren’t limited to one week per week. She said that while they don’t offer typical 12-month leases, customers lease for 3-6 months at a time. She said she’s seen everyone from traveling nurses to filmmakers contact the company because they need more than just a hotel room, but won’t be in town long enough. to rent for a year.

“I think we’re filling a need,” Henry said. “Our portfolio is so diverse that we can almost have something to satisfy everyone.”

Henry believes there will always be a need for the standard hotel, but with the emergence of companies like Airbnbtravelers have thousands of other options for where and when to stay.

Currently, their business is growing through word of mouth, but Henry said that after reaching their goal of 80 listings by 2023, they will start focusing more on communicating with other owners. ‘Airbnb and asking them if they could use their management services. Ultimately, the long-term goal is for the business to expand outside of Cincinnati.

Henry said all of their listings can be found on Airbnb and the company’s website. She said some listings are also now online Vrbo.

Henry said property developers and landlords are turning to a short-term rental plan instead of a traditional 12-month lease because it gives them a better return on their investment.

The short-term rental industry has repeatedly been blamed for driving up housing prices by contributing to housing shortages in the United States and abroad. The charges come from city councils in popular travel destinations like Amsterdam, London and New York.

Charles Tassell, chief operating officer of the National Association of Real Estate Investorssaid the real estate and rental markets are “hot,” but he doesn’t generally see short-term rentals having an impact on the overall housing and rental market in Cincinnati.

“It doesn’t particularly affect low-income renters or even middle-income renters,” Tassell said. “These are high-end properties being turned into short-term rentals.”

Tassell said those properties that are rented out have never been in the market price range for low- to middle-income renters.

According Apartments.com, most rentals in and around the same geographic area where Liberty Hill Rentals has the most listings start at over $1,000 per month for a studio. The cheapest listing we found was one bedroom for $800 per month. Less than a mile away, the most expensive ad we found was $4,302 for a two bedroom.

The boom in the short-term rental market is not just a phenomenon in Cincinnati. HomeAdvisora partner company of Angi, recently released a report that highlights the best and worst US cities for rental investors. Although The Queen City is not on the list, there is a trend that confirms what Henry told Liberty Hill: it is more lucrative for investors to buy and operate Airbnb properties in cities that are not not considered destination hotspots. Investors get a much better return if they operate an Airbnb in Cincinnati than in San Francisco or New York.

New York, one of the American cities with the most Airbnbs, would have now has more short-term locations than apartments for rent.

The New York City Comptroller’s Office released a report arguing that the Airbnbs increase cost New Yorkers a total of $616 million in additional rent in 2016 due to price pressures. Airbnb responded by criticizing the methodology, saying it “severely misrepresents the impact of [the] housing platform.

Although preliminary research suggests that Airbnb’s short-term rentals are having some impact on house prices, there’s still much debate about just how big this increase really is.

What Liberty Hill Rentals (AKA Chris and Chris) is doing is a smaller version of a trend happening across the country and the world.

Tassell said that of 143 million households across the country, less than 700,000 are short-term rentals, and it’s not big business that’s buying them all.

“About 10% of homes that have been bought for rent are bought by big corporations. The majority of them are mom and pop; they’re local neighbors who are reinvesting in their neighborhood. It’s 90%,” a Tassell said.

Despite a recent redfin rental report which showed a 32% increase in rents year over year, Tassell said the Cincinnati area is still one of the most economical areas to rent.

“There has been construction, but with rising interest rates, builders are getting nervous, so they’re slowing down,” Tassell said.

According to Tassell, many construction companies are extremely conservative due to the 2008 housing crisis.

“Companies that survived 2008 have these scars, so they’re reluctant to overbuild,” Tassell said.

Meet the Airbnb Host with 70 Listings in Cincinnati