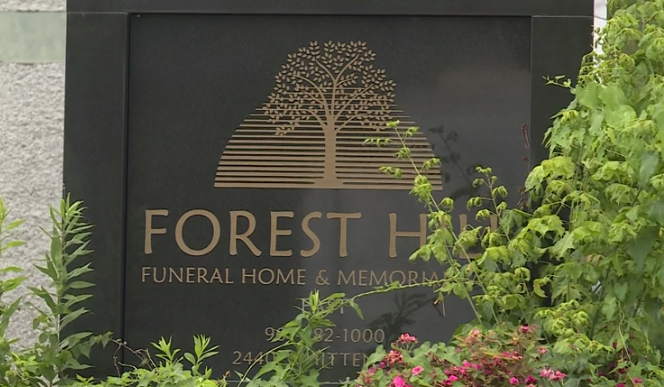 MEMPHIS, Tennessee (WREG) – The Tennessee Department of Commerce and Insurance has imposed another fine on a Memphis cemetery for infestation of rats.

According to the department, Forest Hill Funeral Home and Memorial Park, owned by StoneMor, allowed a rat infestation to continue for nearly a year inside their body preparation building at one of their locations.

The rats caused damage to two bodies in their care, according to a complaint filed with the state by a Forest Hill manager who has since resigned.

State officials presented their findings at a May 11 meeting before the Board of Funeral Directors and Embalmers.

“The respondent establishment has a rodent infestation and the owner’s management has not taken steps to mitigate or resolve the problem,” a presenter said at the board meeting.

WREG also obtained the complaint brought to the state by the former director, who said the rat problem started in June 2020 and continued until at least March 2021, allowing rats to gnaw on bodies. of which they had custody.

“One family has been notified and the other has not,” said the presenter.

The former manager said he reported the issue to his superiors on several occasions, but they never did anything.

“Despite the warning from the ex-employee who was employed at the time, the respondent continued to use the prep room,” the presenter said at the board meeting.

Struggling cemetery under state surveillance, promises to clean up

When WREG visited the cemetery in May, a note covered the door marking the entrance to the corps preparation building. He called the room a “sacred space” where loved ones come to prepare for the most difficult event in a family’s life. The sign promised an “endless commitment of respect.”

But outside, the building showed signs of deterioration. It was covered with excess insulation and had a cracked facade. There were also additional gravestones left outside and overgrown with weeds.

According to previous reports, seven state disciplinary actions have been taken against Forest Hill in the past year.

“It hurts a lot because I’m going to be buried there and I want it to look good,” said Merdis Pewitt, whose husband is buried in the cemetery.

In response to Memphis’ complaint, a StoneMor official said earlier this month that they were flying as a team to revamp operations and replace all management.

A company statement called the rat infestation an “isolated situation … which was addressed immediately.”

“It’s ridiculous for a company in this profession to let something like this happen,” said client Eddie Hayslett, whose wife died last summer. He is still waiting for a permanent headstone for his grave.

“You call, half the time you don’t even get a reception. Receive a voicemail message, ”he said. “No return calls.”

A provisional stone has since been placed. “After you contacted, the ball was rolling,” Hayslett told WREG.

Hayslett said he was relieved that he didn’t use Forest Hill for funeral services in addition to the burial.

“Knowing what I know now, if I had to do it again, I would go elsewhere,” he said.

Council fined StoneMor $ 14,000 for the rodent incidents and asked them to repair the building and reimburse affected families.

StoneMor is also at risk of losing its operating license in Tennessee, officials said.