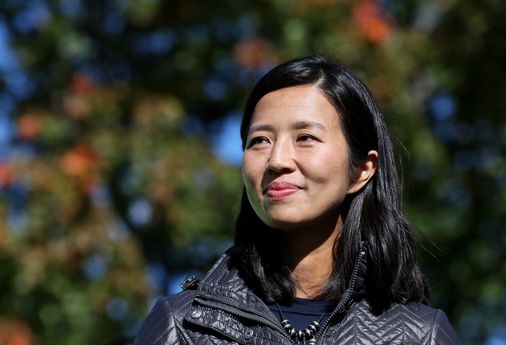 Michelle Wu for Mayor of Boston

In this election, this choice is very clear: the Globe supports General City Councilor Michelle Wu of Roslindale, the first place in the preliminary election who has both a broad vision for the next chapters of the city and a proven track record. of ethical leadership.

Wu, who was first elected to the board as a Harvard recent graduate in 2013, has used her position to push for meaningful regulations, including Airbnb rentals and lobbying of the town hall. Perhaps less well known, she was also the voice of voters navigating the city hall bureaucracy, who were listening to how smoother clearance can help various businesses thrive.

In this election, she outlined an agenda for a greener and more equitable city. She is committed to tackling one of Boston’s enduring and ingrained problems – a police department that is not trusted by too many locals. She is a strong advocate for public transport and rightly sees it as a way to both clean up the environment and alleviate the crippling traffic jams that have been an unfortunate byproduct of the city’s growth. She plans to put in place a system to help families navigate the bewildering complexity of Boston public schools.

Her opponent, City Councilor General Annissa Essaibi George of Dorchester, has also been a hardworking councilor. She has shown leadership on family roaming and the organization needle cleaning drives. During her years on the board, she clearly demonstrated a deeper passion than Wu for public education.

In the campaign, Essaibi George has made harsh criticisms of Wu, and in particular of the feasibility of some of Wu’s most grandiose promises – including a free MBTA and a return to rent control. The best leaders learn from their detractors, and if elected, I hope Wu takes to heart some of the legitimate concerns Essaibi George has raised in this campaign.

After all, rent control is illegal, and the mayor of Boston wouldn’t have the power to restore it even if it was a good idea (it isn’t). For Wu, promising something that she can’t actually deliver without the help of the legislature is the kind of thing that can breed cynicism in the political process. His tendency to over-promise is one of the reasons why, in the preliminary round of the election, the Globe editorial board approved a different candidate, who struck a better balance between vision and feasibility. Wu also shouldn’t take for granted the decades-long and relentless efforts of previous leaders to make Boston a viable place for business growth and prosperity, which underpins its current prosperity.

Yet even though Essaibi George is right in some of her criticisms of Wu, she hasn’t built a compelling case for herself. With a wink and a nod, she made it clear to the city’s interest groups, including the police, that they didn’t have to fear too much change if she was elected. Meanwhile, some aspects of his record on the board are troubling. The fact that as an elected official she opposes a South Boston development project next to a property owned by her husband, a leading real estate developer, does not hint at how she would manage. potential conflicts of interest if she were elected mayor.

Whichever candidate wins, it will be a milestone in the city’s history: she will be the first woman and the first person to identify herself as a person of color, elected mayor in its 400-year history. from the city. This in itself is a sign of the progress the city is making. However, the winner will not have much time to savor her victory: the mayor will be sworn in in November instead of the typical January nomination. And she will immediately face major challenges.

The most urgent is the human tragedy at the intersection of Avenue Mass. and Melnea Cass Boulevard, which continues to deteriorate. It is inhumane and unacceptable for people with drug addiction, homelessness and mental health issues to live on the streets in such a wealthy city. The new mayor must take over the work that interim mayor Kim Janey is doing to finally take care of the camp. In the long term, the next mayor should lead a regional conversation about providing more and better drug treatment services; In the short term, she must remove the tents from the streets, tackle violent crime in the region and make sure no one freezes to death this winter.

She should also make sure public schools don’t end up in state receivership. While this drastic action may become necessary at some point, strong city leadership could address chronic absenteeism, late buses and other shortcomings identified in a state audit last year. Hopefully the next mayor will make a quick decision on whether or not to retain current Superintendent Brenda Cassellius, and then offer whoever heads the district continued political support for needed reforms.

Finally, the next mayor will also have to negotiate a new contract with the Boston Police Patrolmen’s Association. Since the murder of George Floyd in Minneapolis last year, citizens have become much more aware of how seemingly obscure details in union contracts can protect abusive agents and hamper accountability. In the way these contracts regulate overtime, they can also increase costs to taxpayers. Former mayors have often dodged questions about negotiating municipal employment contracts, saying they did not want to negotiate in public. But this excuse will no longer fly: the times demand that the next mayor introduce more responsibility into police contracts and that negotiations be transparent to the public.

This is exactly what Wu is committed to doing.

It’s a big commitment – and unlike some of Wu’s other plans, it’s well within the mayor’s power to keep his promises. Indeed, this promise gives a glimpse of what has always been most attractive about Michelle Wu. She is rigorous, detail-oriented and has demonstrated admirable transparency. And in a city where people are so often looking behind closed doors, whether in union negotiations or real estate development plans, she has never seemed interested in playing the insider’s game.

Earlier in the campaign, Wu drew attention for championing the architecture of Boston’s City Hall, the vintage ’60s concrete pile that many city residents see as an eyesore. As hard as it is to imagine now, there was a great idea behind the design; it aspired to convey openness and accessibility, and “confidence in the idea of ​​government,” as one of its architects put it. It was a disruptive break with the politics of the past – symbolically, but also in reality, as it was chosen through an open architecture competition rather than the old boy network. Its construction, just as the city emerged from its mid-century nadir, was meant to send a message that Boston was back and was on a bolder new course.

If Wu wins in November and moves into the mayor’s office at City Hall, she might never convince the city to like this building. But he can be trusted to stand up for the best of what he was meant to symbolize and to continue the progress he was meant to herald.