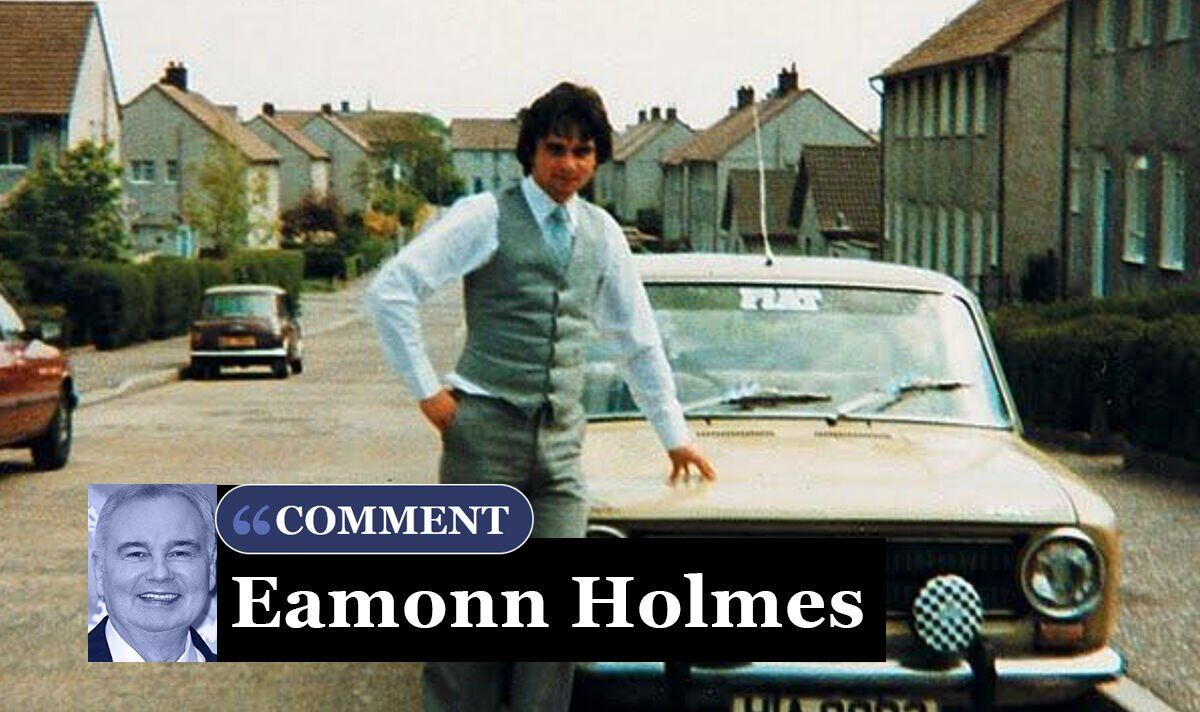 In 1982, one of the most wonderful, positive and fulfilling events happened in the life of my family – my mother and father became landlords. They were in their early 50s, but they had never owned a place they had lived in before. We were tenants. To this day, I remember the rent man calling on a Friday and I also remember the time I was told, “Eamonn, don’t answer the door if HE knocks.”

Once my parents bought their own house, there was none of that.

We had lived in our council house for so long that it was offered at a reduced rate under Margaret Thatcher’s right to buy scheme. From memory, we were offered it at around £8,000 – around half a day’s wages for the modern Premier League superstar and a total freebie. But even with this pittance, my father still had to get a loan from Credit Union. To help further, myself and my other working brothers participated.

Dad didn’t really like it. He wanted to do it on his own – but it wasn’t going to happen without us.

I remember thinking at the time why shouldn’t we pay our way? Most of us still lived there, myself included. Even so, Dad always said, “I’ll pay you back that money as soon as I get it.” Through no fault of his own, he never did.

One of the reasons my parents buy their home sticks so strongly in my mind is the spring in the step it gave them. They, and us, felt like “somebody”.

And my 93-year-old mother still lives in the house to this day.

Now that the government is once again encouraging such things with its right to buy system, you probably expect me to applaud.

I do not like this at all. I can see now that we weren’t just sold a house in the 1980s – we were actually sold a lie.

The message that was passed on loud and clear at the time was that the social housing stock would be replenished.

We were told that people who weren’t owners could still have a place they could call home.

Instead, new social housing has not been built at the rate it should have been.

The result was a housing crisis across Britain that should now be seen as an embarrassment to successive governments.

I believe the housing crisis is as bad as it has ever been. Climbing the ladder is hard enough for my children and I dread to think of the challenges that await my grandchildren if we don’t get this under control.

But his recently announced right-to-buy policy, which he hoped would win a vote, is an even bigger lie now than it was last time.

The lame duck policy comes at a time when we just don’t have enough places for people to live anywhere in the country right now. We have a demographic crisis, a cost of living crisis and inflation that is expected to reach 11% by the end of the year.

Big cities like London, Birmingham, Manchester, and even Belfast and Leeds, have empty downtown apartment blocks – owned by foreign investors and millionaire developers. Yet too many people across Britain simply have nowhere to stay.

It is so important that we solve this crisis. Cities need people to function, without them how can we staff schools, hotels, hospitals, airports and restaurants.

How do I find bus drivers, postal workers, security guards and delivery drivers? These people are either overpriced from their gentrified areas or have no security in the rental market.

So as we count down the two by-elections, Boris Johnson appears intent on trying to buy your vote by exacerbating the housing crisis with ill-thought-out policy. It’s not rocket science.

The dignity of knowing that your home, rented or not, is yours for life should be a human right.