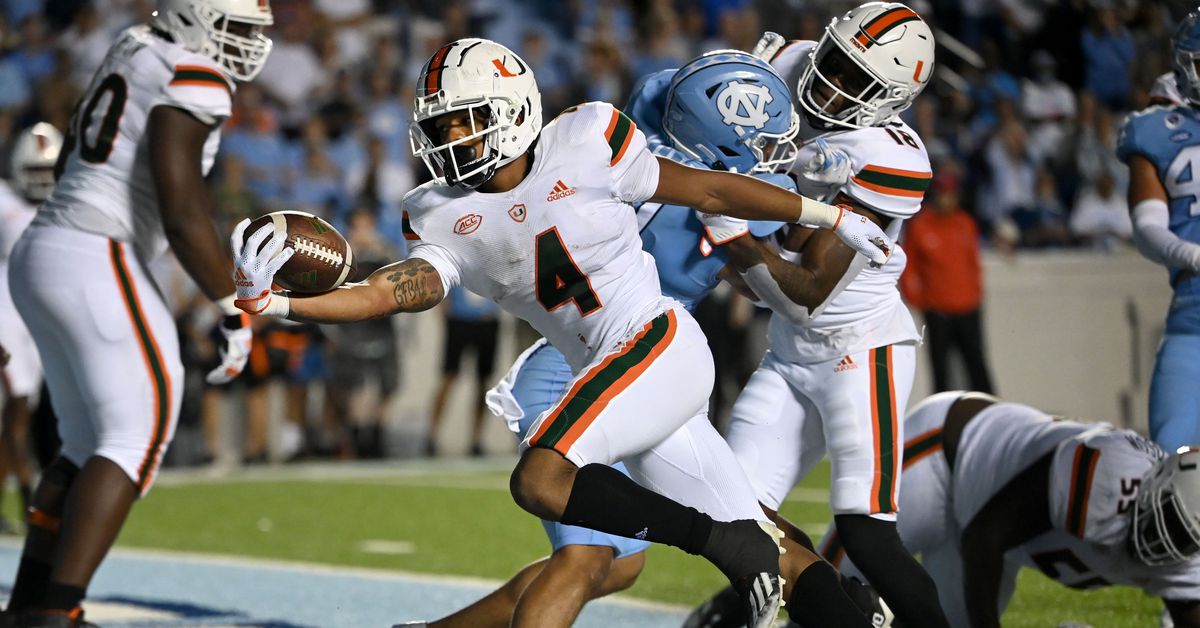 It is On Monday Tuesday (yesterday we had some technical difficulties which prevented me from publishing this article on time)! That means it’s to slap those orange and white plains and bounce off the thoughts related to Canes running through my mind.

1) First of all, I went to Chapel Hill last weekend, and I have to say … it was a very fun trip, despite the outcome of the game. We landed in Raleigh on Friday afternoon, had a few drinks at the Whiskey River bar in the lobby terminal, then took an Uber to our AirBNB house. It was absolutely magnificent. Wooded setting with swimming pool and all the amenities of the house. It’s the way people travel. I won’t be staying in a hotel again on a road trip, if I can help myself.

2) So we went to the nearby town of Carrboro on Friday night, as there were a number of microbreweries. This place … really wasn’t too much of my scene. From organic grocery stores to independent style cafes, yes, I was less than impressed. The brewery selections were … okay, I guess. IPAs and lagers weren’t worth writing at home. We had some really good food and probably the best beer at the Spotted Dog in Carrboro, where we saw Clemson wrestle with Syracuse. The chipotle burger and fries were * the chef’s kiss *. We knew we had to pick up our pace this weekend, so we got home around 11am and crashed watching Oregon underperform against an inferior Cal team.

3) We woke up and had breakfast at Neal’s Diner in Carrboro (nearest town). The bacon and chili cookie with a side of oatmeal was phenomenal. Highly recommend. After returning home and watching the start of LSU-Florida, we took an Uber to Franklin Street and walked into a bar called Might as Well. They had tons of games with open tables so it seemed like a pretty decent place. The wings were ok, and I stuck with Coors Light at that point. We watched Florida explode against LSU, but then the clouds opened and the rain fell. We didn’t want to get soaked, so we stood there and watched the typical slow start to Miami’s first quarter, with a surprising pick-six from Jahfari Harvey sprinkled on top.

4) The rain stopped so we walked across campus which is pretty nice. The crowd that followed earlier had been very polite. Mostly a group of wines and cheeses in white tents, which were still being dismantled as the stadium approached. After entering and having a few beers, we headed to our seats. Just in time, of course, to see the UNC kicker get brutalized, followed by a touchdown from Sam Howell to make it 28-10. Surely that 4 point swing wouldn’t matter later ……..

5) The Kenan Memorial Stadium is absolutely beautiful. Yes, it’s dated, but it’s in the middle of campus with hanging trees on one side and a campus view on the other. It’s a good size at around 51,000, which makes it feel like a small big stadium. It was easy to get in and out with a number of doors which is a plus as well. They also had more concession stands than I would have imagined. However, the bathroom situation was dire. Nothing upstairs unless you were in the box. We commoners at 202 had to get off, where it looked like half the stadium was converging. Terrible.

6) Jaylan Knighton is now RB1, due to Cam Harris’ unfortunate knee injury. It was sad to see. Harris has been operating efficiently (when the line was doing its job) the past few weeks, and you hate to see his Miami career end like this. However, we saw the spark that Knighton gave when he got the ball in his hands. I touched on this in my season preview: Knighton is the biggest home run threat out of backfield, and we saw that when he took a swing pass and walked 60 yards for the score. 3 touchdowns on his first chance as a full-back star. He has to be a 20-25 touchdown player per game going forward without a doubt.

7) It was one of the worst tackles you’ve ever seen in a game, and that can’t be excused. Must be supported. There’s a certain rookie defenseman with high school experience who doesn’t have an operating theater to his name in this week’s depth chart and I expect a ton to move forward . THAT ALL IS SAID, the defense bowed and stopped the Tar Heels to give the ball back to the offensive one last time. It was a series of big boys, and I never expected to see. Kudos to the defense for keeping the game alive.

8) I have no problem with the play call which led to the rush intercept. I’ve seen reviews on Twitter about it. Come on, all of you. He had an open receiver (although he would have been tackled past the first marker by security) and likely hit it. This is a higher cast percentage than a fade. Do you want an exit called? Okay, but calling a tilt that would have caused the clock to stop first as stupid is a bit silly. It was a monster game – a game we almost expected to happen on our damn schedule – and a game you just have to shake your head and get out of. Or at least that’s what we did.

9) We walked around laughing to ourselves (because what other choice did we have at the time? Cry?) Back to Franklin Street and, again, to Might as Well, where we handed in a lot more beer before driving home an Uber. We all got on the plane the next morning.

10) Overall I found it to be a fantastic trip. With the exception of one person (an obnoxiously loud redneck wearing a # 1 UNC jersey in section 203 around row J) everyone was very kind and welcoming. Even the drunken students leaving the fraternity houses were respectful. I was honestly surprised. Congratulations to the UNC group. We will be back someday.

Anyone else going to the game? Tell us about your experiences. Go Cannes.

Tips for traveling with your dog