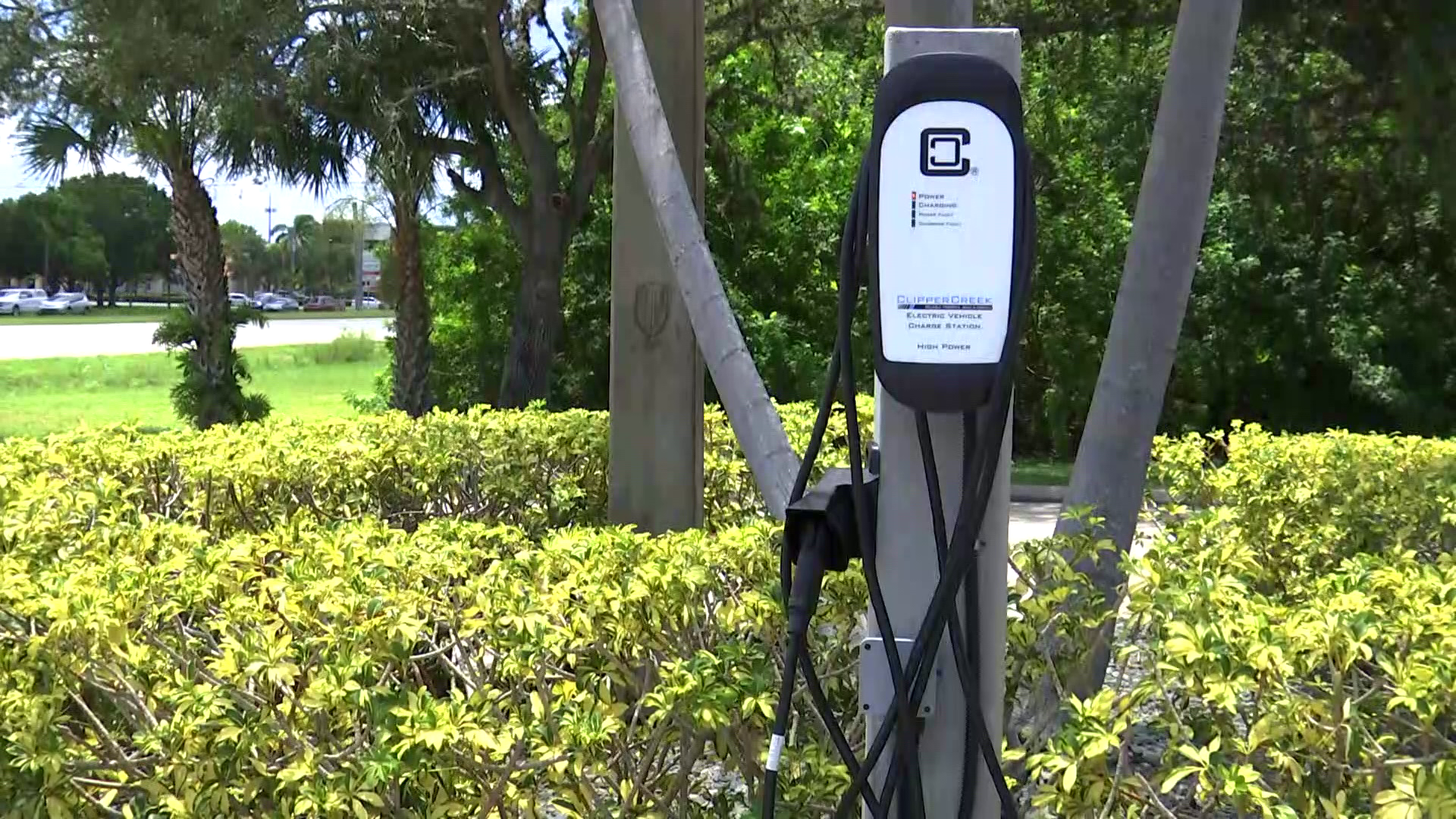 There’s federal push to own electric cars to save the environment, but in one city in southwest Florida, there just aren’t enough electric charging stations.

There is now a need in Cape Coral for charging stations.

There are currently only three charging stations in Cape Coral that the public can use.

The others in town are part hotels as well as a private Airbnb.

Those for the public are located at FAFCO and Sutherland Nissan of Cape Coral and Roger Dean Chevrolet.

Roger Dean Chevrolet’s charger is considered a level 3, which gives people a full charge in 90 minutes. However, if someone uses it, you will have to wait your turn.

If you take a drive down Pine Island Road in Cape Coral, you see gas stations on every corner, but no chargers.

“There are a few apps you can use to identify stations in the area. So the problem with these is that they don’t really give you a whole lot of detail about it. So you kind of have to drive on your own, see if they work,” said Jerica Manzi, who drives an electric car.

Plugshare is one of the most popular applications.

“We knew when I bought the car that, you know, if we were traveling, we had to find stations and stuff. I didn’t know how difficult it would be,” Manzi said.

Manzi said she travels a lot between Cape Coral and Tampa and is considering getting rid of her electric vehicle.

“As electric cars become more popular and more people invest in them and in the future. If Cape Coral doesn’t live up to this. I feel like it’s going to be you know, it’s going to be the hesitation there,” she said.

“I mean, we had to do it, we had no choice,” Ciulla said. “Electric vehicles will be the future.”

Located at the front of the dealership, Ciulla said it is available to anyone who needs it and there is no time limit as they know the struggle of electric vehicle drivers in Cape Town.

Ciulla said Chevy plans to be fully electric by 2035, which means Cape Coral needs to keep up.

“A lot of electric things are new. And it’s, you know, kind of a really big pressure on us with the changes and everything that everybody wants to do with electric vehicles… but I’ll tell you they’re going need a lot more charging stations here to make it work,” Ciulla said. “I saw multiple Uber drivers. Usually it’s when we’re getting ready to leave in the evening, they stop and they say, “Hey, do you mind if I sit here and watch a movie and charge for a few hours and of course, not of problem.”