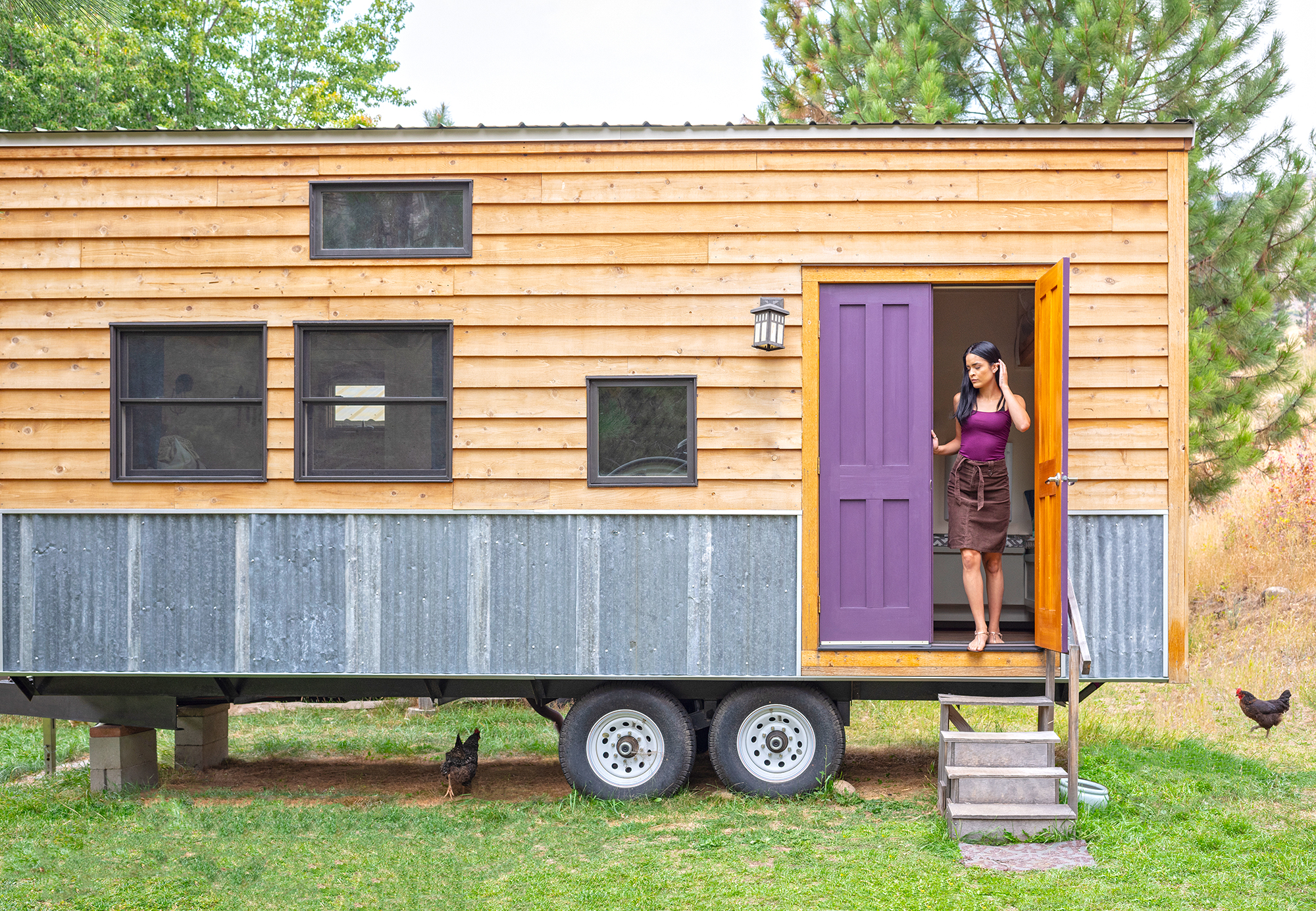 Even without rising inflation, the cost of housing continues to rise year after year for most Americans. The so-called American dream of home ownership seems out of reach for many, especially the younger generations. Tiny houses may be the answer.

The cost of housing ranks as the largest monthly expense. And it’s not just rent or mortgage, but also property taxes, insurance, utility bills, repairs, maintenance, and various other expenses.

While it’s not for everyone, living in a tiny home has dramatically lowered those costs for millions of Americans, and the popularity of homes is only growing. A tiny house is a dwelling no larger than 400 square feet, or about the size of a standard two-car garage, according to the 2018 International Residential Code.

In a 2020 survey by IPX1031, a subsidiary of Fidelity National Financial, 56% of Americans said they would consider living in a tiny house.

Additionally, 72% of respondents indicated that they would consider using a small house as an investment property. This is a surprisingly large number of people interested in the merits of tiny homes, but perhaps less considering the rapid growth of the Airbnb market and the popularity of tiny homes on this platform and VRBO.

Young tenants also explain the growing interest in tiny houses. Besides reducing their monthly housing expenses, many young adults have yet to accumulate a lot of furniture or other material possessions that make life in a small home impossible.

Even during the pandemic, tiny home living has continued to be popular despite the potential issues of working from home in close proximity to other household members and staying home for long periods of time.

While many Americans try to cut housing costs by moving to cheaper parts of the United States or leaving the country altogether, tiny homes tend to be popular in the most desirable states where housing costs in the searched areas are exorbitant. According to Business Insider, the top states for small home ownership are California, Florida, Colorado and Texas.

Tiny homes are, of course, more practical for smaller households, such as childless couples or singles. But that doesn’t mean tiny house living should be isolated. Small house communities are becoming more common across the country, offering very affordable community living.

Deciding whether or not to pursue life in a tiny house is a complex choice. While saving money is a welcome and sometimes necessary side effect, most small home dwellers have chosen the lifestyle for sustainability, minimalism, and simplicity. There’s usually a good reason to choose a tiny house over other ways to cut bills, like living with family or finding multiple roommates.

National Debt Relief confirms that living in a tiny house saves people a lot of money. However, there are other important factors to consider. Although you can build tiny homes for less than $10,000, the cost per square foot is actually higher, on average, than building a traditional home.

However, the savings don’t stop with building or buying a tiny house. Property taxes and insurance are generally based on the value of your home, and utility bills tend to depend on its size and energy efficiency. Tiny houses are built to be energy efficient; often with an off-grid life in mind.

It is, however, essential to be aware that there are other reasons why inhabitants of small houses may be financially better off than those of traditional houses. As mentioned earlier, they are less likely to have children and some are already retired, perhaps with significant retirement savings.

Interestingly, Tiny Living also reports that small house dwellers are twice as likely as the general population to have a master’s degree. They also earn a slightly higher salary than the average worker.

Whether or not to move into a tiny house depends on several factors, most of which are not financial. Tiny living is a lifestyle choice that can save you money. But it is above all a lifestyle choice. The most important thing to consider is whether you will actually enjoy tiny life and whether it aligns with your values.

If the answer to this question is yes, then this might be right up your alley. At least for a moment. And meanwhile, all things being equal, you’ll probably save a lot of money by living in a traditional house.

This article was written by Wealth owner and syndicated by Geek Wealth.