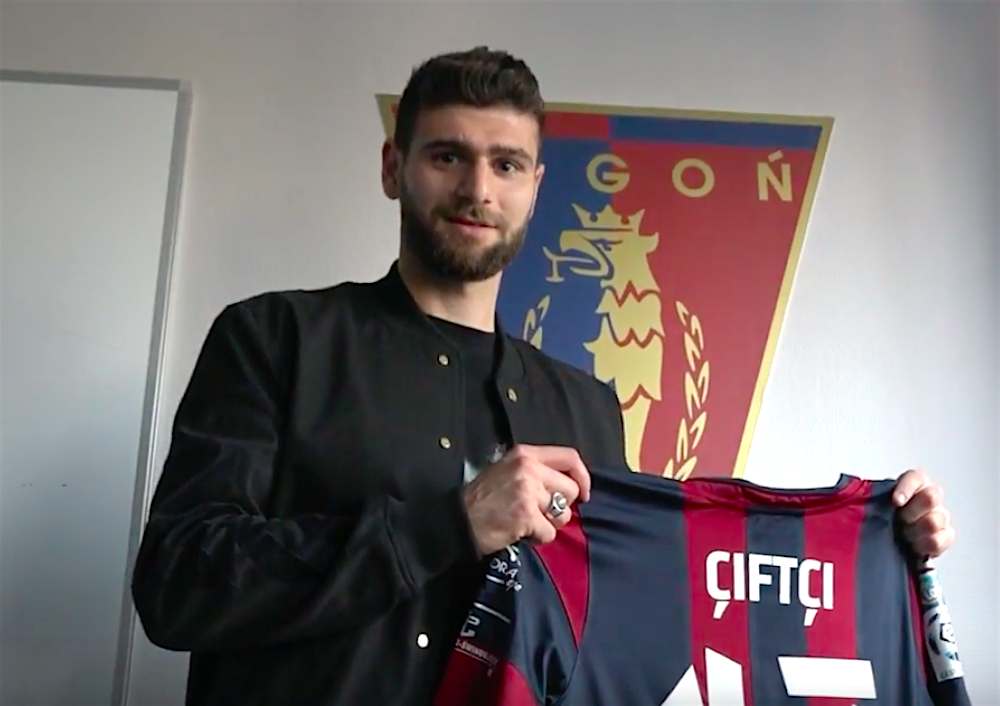 Nadir Ciftci says he is delighted to meet “brother” and former Dundee United teammate Jarosław Fojut again after joining Pogoń Szczecin on a loan agreement from Celtic until the end of the season.

Hoops coach Brendan Rodgers has allowed the Turkish forward to travel to Poland, using the 25-year-old in just four games this season.

In making the switch, Ciftci reunited with close friend Fojut with whom he played alongside Tannadie during the 2014/15 campaign and is delighted to see a familiar face in the locker room.

Ciftci, who is to make his debut in the Sunday match at Cracovia Kraków, said: It’s good that I already know Jarosław, we played together for Dundee United for a year, but we were like brothers.

“We have a very good relationship so I’m looking forward to working with him.

“I am very happy to be here and I hope to give the fans and the band all I can.

“I am very excited, it will be something new for me, a new challenge. I’m ready for it and I hope the fans are ready for it.

Fojut’s mid-half says his friend’s arrival is a coup d’état for Pogon.

He said: “I’m glad Nadir joined us, he has the necessary skills to make a difference in the Polish league.

“I was even a little surprised, but it’s good that Nadir didn’t want to sit on the bench at Celtic and that he prefers to play.”

Indy’s most interesting cars on Turo, the Airbnb auto