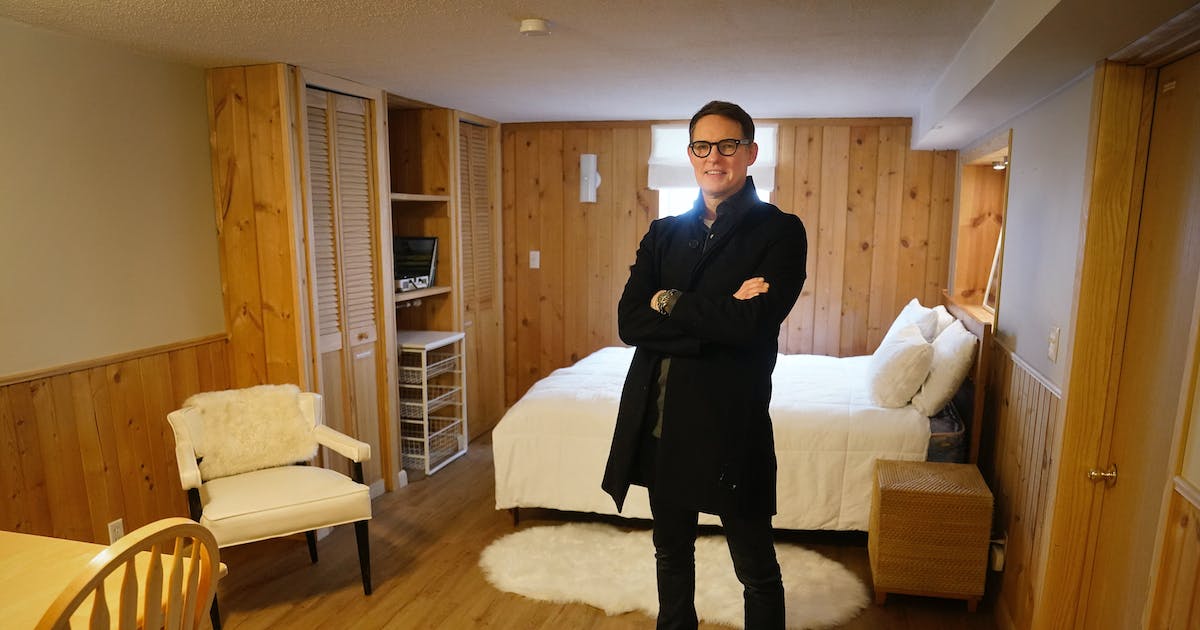 Home prices have more than doubled over the past decade, and mortgage rates have done the same in less than a year. So what’s a cash-strapped home buyer to do?

Buy a duplex and use the rental income to help pay your mortgage.

Duplexes have long been a first stop for new renters and those looking to increase their buying power, as you can live in one unit and use the rent from the other to qualify for a bigger mortgage than you can afford. would otherwise.

Although this strategy has been a challenge over the past decade due to competition with investors, it is once again emerging as a viable option for homeowners.

Owner-occupied duplexes can cut mortgage payments in half or more, depending on financing costs and market-rate rents in the area.

It’s not the only way to increase your buying power. A growing number of homeowners are supplementing their income with secondary suites and by making room in their home for a short-term vacation rental.

Here’s a breakdown of some of those options.

The return of the duplex

A duplex is basically a house made up of two units, usually side by side or stacked on top of each other. For generations, they have been the benchmark for buyers who want to use rental income to increase their purchasing power and those who want to start investing in real estate.

Over the past decade, however, many duplexes have been off limits to first-time, budget-conscious buyers as rising rents have made rental properties a sought-after commodity for traditional investors. This has created particularly fierce competition for those who intend to own and occupy them.

These challenges are beginning to dissipate. Higher borrowing costs – and house prices – have made it difficult for many investors to generate cash flow for duplexes, meaning it has become more difficult to bring in enough rent to cover the increase in the cost of owning a rental.

Redfin reported that during the third quarter of 2022, investor buying nationwide fell more than 30% year-over-year. It was one of the largest annual declines since the Great Recession, outpacing a 27% decline in home purchases nationwide.

“Investors are unlikely to return to the market anytime soon,” Redfin chief economist Sheharyar Bokhari said in a statement. “It means regular buyers who are still in the market no longer face fierce competition from hordes of cash-rich investors like they did last year.”

Staci Horwitz, director of operations for the City of Lakes Community Land Trust (CLCLT), agrees that the equation for those intending to own and occupy a duplex is shifting in their favor.

“The market has calmed down somewhat, so competitive bidding is less of an issue now,” Horwitz said.

During the first half of 2022, the Minneapolis-based nonprofit, which provides advice, support and access to a number of non-traditional paths to homeownership, responded to an increase in number of queries from potential duplex owners, Horwitz said.

At CLCLT, buyers can purchase owner-occupied duplexes through the Homebuyer Initiation Program, but Horwitz said higher duplex prices have made it difficult to find a property that makes financial sense.

She said it had been about two years since a buyer had been able to purchase a duplex under her program, in part because CLCLT buyers had been outbid by other homeowners and investors.

Taylor said duplex buyers are often disappointed because most duplexes aren’t owner-occupied and are less likely to be updated and staged. That’s especially true, she says, when it comes to properties affordable to entry-level buyers, typically those priced below $400,000.

The sharing economy has been a boon for homeowners, especially those with little space to share. Short-term rentals, which are typically vacation rentals marketed on national platforms such as Airbnb and VRBO, have become an increasingly popular way to earn extra cash.

While that money can’t be used to qualify for a mortgage, Airbnb recently reported that in 2021, the typical host raised more than $13,800, an 85% increase from 2019. And , according to an Airbnb survey, nearly 40% of all hosts in the United States said income generated from renting space in their home helped them stay in their home.

Accessory dwelling units (ADUs), a technical term for what used to be called “grandmother’s apartments” and “mother-in-law’s apartments”, are also increasingly popular with buyers.

What is the difference between an ADU and a duplex? Generally, duplexes are considered separate residential units with different mailing addresses, although there is usually only one owner.

CLCLT developed several single-family homes with ADUs aimed at first-time buyers, but with rising construction costs, the approach made less sense. Horwitz said the last home with an ADU attached was completed and sold in 2019.

“The construction costs reached a point where it was no longer feasible,” she said.

This does not mean that ADUs are out of bounds. Many homes have ADUs that have been created in the existing space.

Bruce Erickson, sales agent at Compass Real Estate, who previously worked at Coldwell Banker Realty, recently listed a mid-century modern hiker in the Waite Park neighborhood of northeast Minneapolis, which was built in the late 1900s. 1940s as a single family home, but has a lower level finish that included an ADU and a double lot with room for expansion.

In the listing, Erickson touted its potential as a non-traditional rental, and Erickson said many buyers were drawn to its income opportunities.

“Don’t miss this immaculate property with its built-in Airbnb and plenty of development opportunities,” the listing reads.

The 1,712-square-foot home, which had gone on sale for $429,000 in early October, quickly received an offer after Erickson dropped the price by $10,000 a month after it hit the market.

“There’s no doubt that the flexibility of the space to be used as a short-term rental, a mother-in-law’s apartment, or converted into a family room added appeal,” Erickson said.

Jamie Stolpestad, partner at YardHomes MN, a Twin Cities startup that builds ADUs, said they’re especially good for multi-generational families looking for a convenient and affordable way to house a parent who wants a degree of independence.

“ADUs have gone from being an expensive piece of backyard jewelry for generally affluent consumers,” he said, “to practical options for the elderly instead of the life of the elderly [or] skilled nursing facilities. »

Philadelphia cracks down on Airbnbs and short-term rentals in 2023