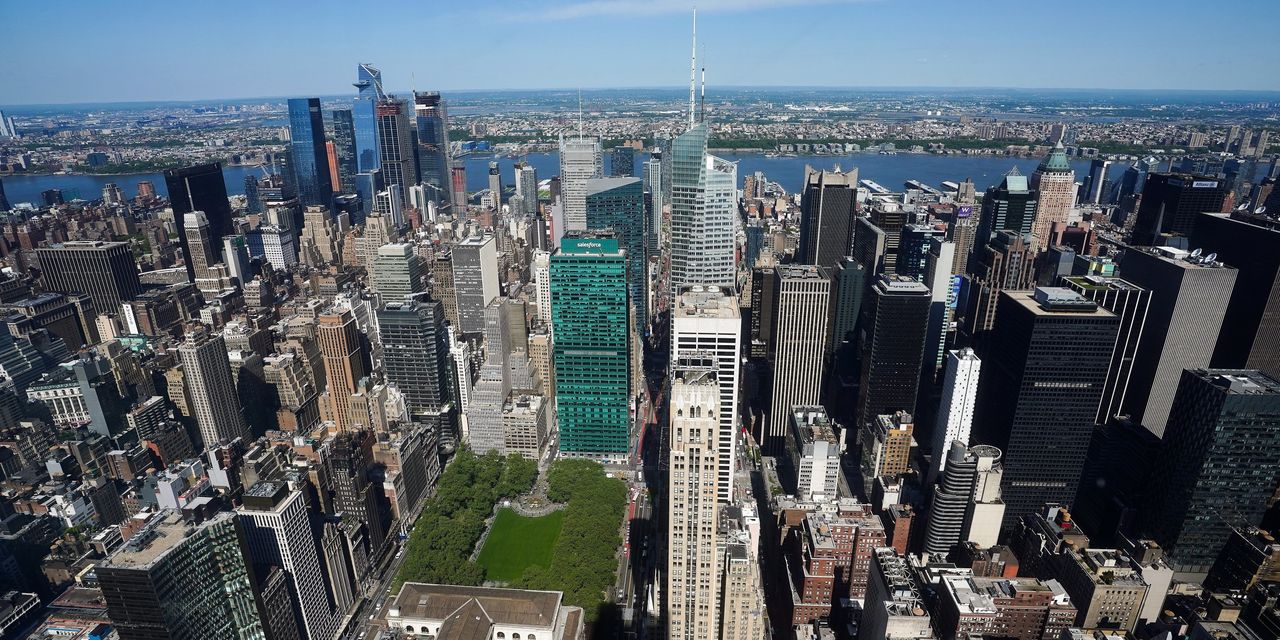 and other home-sharing sites are expected to register with New York City under a city council bill introduced on Wednesday.

City Councilor Ben Kallos, a Democrat from Manhattan, said the bill would reduce the number of illegal short-term rentals and increase the stock of permanent housing in the city. Mr Kallos said the legislation would also help the hospitality industry, which has seen occupancy rates drop due to the Covid-19 pandemic.

Currently, it is illegal to rent an apartment or an entire house in a building for less than 30 days. However, law enforcement is largely driven by complaints from neighbors. The Mayor’s Office of Special Enforcement handles investigations of illegal rentals in the city.

The bill would prevent thousands of illegal short-term rentals from accessing Airbnb and other roommate sites, Kallos said.

“This legislation will mean that registrants, through the registration process, will learn if they can even be hosts,” he said in an interview.

It is not known when the city council will vote on the bill.

“The city will review the bill to eliminate illegal short-term rentals, restore housing and clarify the law for guests sharing their permanent residence,” said Mitch Schwartz, spokesperson for the mayor of New York Bill de Blasio.

Alex Dagg, Airbnb’s director of northeast policy, said in a statement Wednesday that it was “disappointing” to see legislation intended to limit tourism at a crucial time in the city.

“For years, Airbnb customers have played a significant role in tourism spending in neighborhoods outside of midtown Manhattan and we remain ready and willing to partner with state and city authorities to regulate the sharing of housing in the five boroughs in a responsible and thoughtful manner, ”said Ms. Dagg said.

A representative for short-term rental site Vrbo did not respond to a request for comment.

Manhattan borough presidential candidate Mr. Kallos said there were more than 37,000 short-term rental listings in the city in February and about 40,000 hotel rooms available.

Under the bill, any registration would be assigned a registration number which would be entered on the rental platform. This would require the host to be the legitimate occupant of the unit and be present during any rental period, which prohibits the rental of entire homes or apartments, Mr Kallos said.

Vacation hot spots such as East Hampton on eastern Long Island in New York City have a similar registration program for rentals.

The city would be required to maintain an electronic system that short-term rental sites could use to verify that a home has been registered.

Booking sites that do not use the electronic check could face civil penalties of up to thousands of dollars, according to the bill.

The bill is the latest attempt by city officials to curb the multi-billion dollar short-term rental industry, which has been the subject of legal challenges.

The council passed a bill in 2018 requiring Airbnb to disclose the names and addresses of its hosts to the mayor’s office in charge of special enforcement.

Airbnb announced last year that it would dismiss its lawsuit against the city over sharing information about short-term rentals, and the city agreed to collect less data.

The city’s hospitality industry is looking to bounce back from Covid-19, which hit restaurants and hotels in particular. Despite the challenges, the city is expected to add 78 new hotels this year with more than 13,000 combined rooms, according to data company STR.

Corrections and amplifications
Currently, it is illegal to rent an apartment or an entire house in a building for less than 30 days. An earlier version of this article incorrectly stated that it was illegal to do so in a building with three or more units. (Corrected May 20)

Coronavirus vaccinations for young people at Covid hotspots in Glasgow