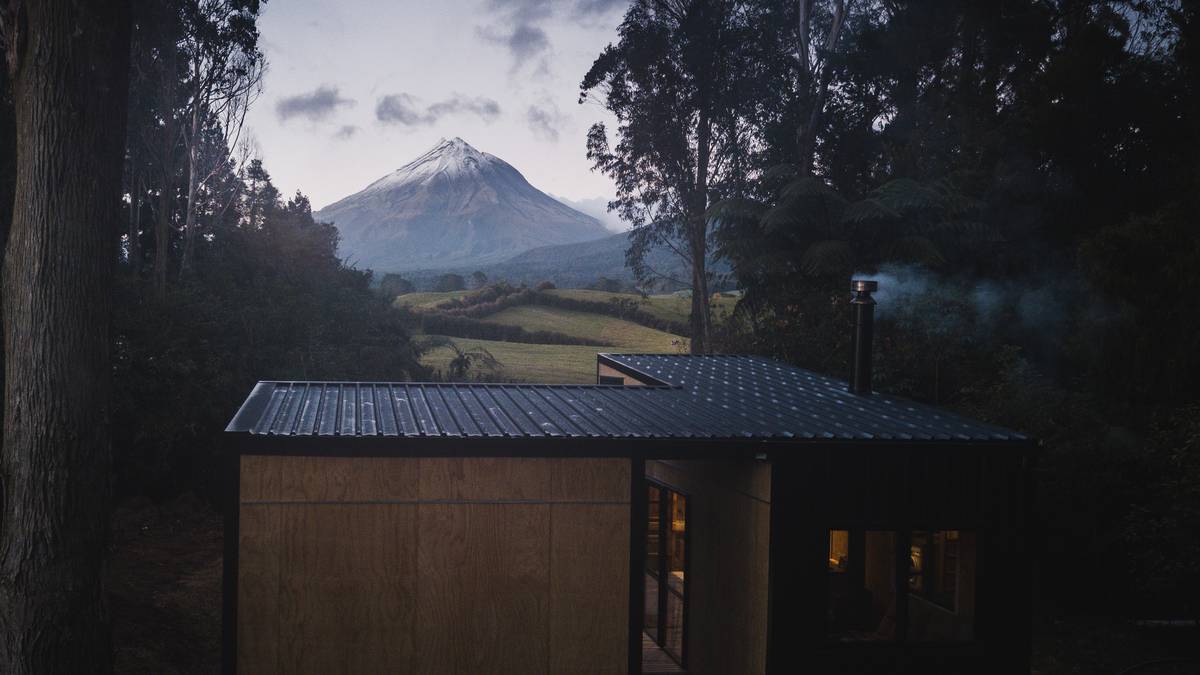 New Zealand’s Best Airbnbs and Host of the Year Revealed

The winners of Airbnb’s first-ever Host Awards were announced today, recognizing the country’s most welcoming, creative and generous hosts.

Christchurch’s Angela Cossey was named Host of the Year, thanks to rave reviews from guests and thoughtful touches she includes in her luxurious town center townhouse.

The winning hosts were selected by judges Shelley Ferguson, host of The Block, and superhost expert Merrydith Callegari, who sits on Airbnb’s Global Hosts Advisory Board. The winners were selected based on extensive Airbnb data, customer ratings and reviews.

With 37,000 listings on the site, from Kaitaia to Oban, it was a busy street.

Angela said she was “absolutely radiant” to be named Host of the Year, and many guests were already waiting for the level 2 upgrade.

“One of the criteria we got the best scores on was the number of regular guests over the past 12 months,” she said.

Located in central Christchurch, the home away from home for guests on a city break, in the heart of the cultural and hotel hub, by the Margaret Mahy Playground and the River Avon.

Coming from a large army family and being deployed overseas, it was excellent hospitality training.

Having spent 19 years in the Defense Force with her husband Glenn, who is still employed in communications, ten years ago they were deployed to Afghanistan.

“We traveled a lot, where we could,” says Angella, who says she has a lot of family travel experience.

With their three children in tow, they moved for work across the country and traveled abroad when possible.

“Because we saw the world through the Defense Force, we wanted to give the kids a taste of what we had seen.”

From Vietnam to Australia, Angela says she tried to incorporate as much as she could from their overseas adventures, “both what was great and what was not.” Staying with BnBs was a natural decision, getting a local perspective for visitors to a new city, landing on their feet.

Importantly, she has three tips for New Zealand BnB hosts that helped her win the host of the year award.

Communication is the key:
Today, contactless check-in, key lockers and hands-off accommodation are standard for post-Covid travel. However, that doesn’t mean you should ignore your guests. Knowing a little more about why your guests are traveling can help make everyone’s visit smoother.
It’s about asking enough questions, Angela said.
“Are they here on business, have they been here before, are they looking for a place to eat?” “

Anticipate customer needs:
After two decades of administration experience for the Defense Force, Angela knows that planning for travelers’ needs never goes awry. The logistics of moving a car full of hungry children are about anticipating needs.

“It’s nice to feel that someone has thought of what you need and anticipated it. I have certainly tried to integrate this into my accommodation.”

To be generous:
Even the difference between providing a full bottle of milk on a small sachet is nothing, but it says a lot. Especially if it avoids a late trip to the supermarket when everyone is tired and hungry.

Callegari says Cossey used his own Airbnb trips and stays to inspire his accommodation. “Her guests describe her as considerate, thoughtful, tasteful and generous.”

The price was good news for Cossey, who says she has a lot of bookings while she waits for level 2.

“[Parker] gives everything and then finds more to give, ”says Callegari. “She runs her business very well and does things that benefit the community and those in need. It’s a real commitment. “

Architect Cushla Thurston let her profession and personality shine through at Studio Seventy Four. At the top of Vogeltown, on the edge of the capital, the studio gives the impression of being far away in the wopwops. The outdoor bath is also part of this bucolic getaway in the suburbs of Welly. The treated wood used in the design was milled by Cushla’s father.

“The exterior design is perfectly positioned to take advantage of the spectacular 360-degree views,” said Judge Shelly Ferguson. “Even soaking in the amazing outdoor tub!”

Wayne and Sue Gilinsky’s playful octagonal cabin keeps patrons young at heart. As you may have realized, Airbnb has a soft spot for treehouses, but Away stands out above the canopy, with its wrap-around windows and panoramic terrace overlooking eastern Waiheke.

“There is really something magical about being immersed in a forest, especially perched above the forest floor,” said Judge Shelly Ferguson.

A small freestanding house was designed and built by engineer-turned-BnB host Edward Lawly in just over a month. At the foot of Mount Taranaki, mini HEP generators and solar panels make the autonomous bach lack nothing.

“The photos don’t do it justice,” Meredith Callegari. “A fantastic example of sustainability and clearly the perfect getaway for nature lovers.”