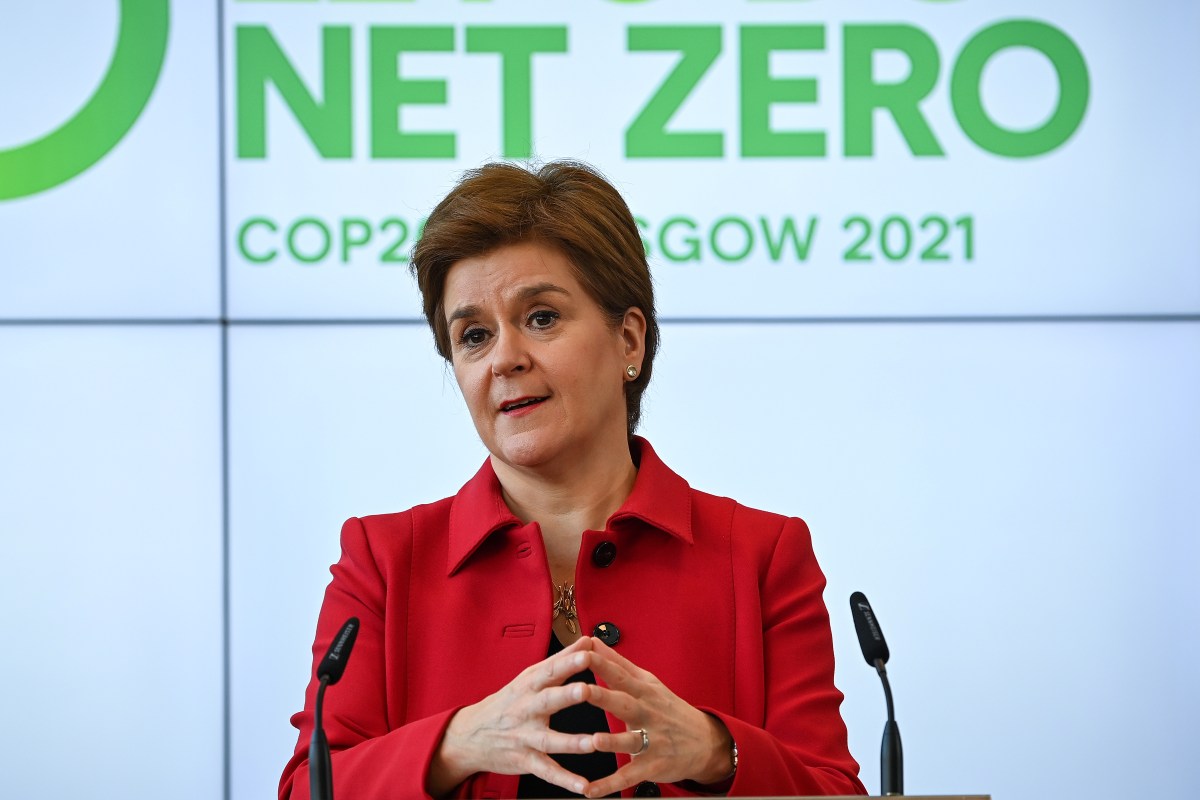 Nicola Sturgeon wonders why delegates get travel cards at climate summit, but no such program for locals

NICOLA Sturgeon was asked today about the lack of a London-style Oyster transport card for Scots – as a similar perk is handed over to COP26 delegates.

The Prime Minister was questioned in a question-and-answer session after a climate speech at Strathclyde University about when locals would get the same benefit. And she admitted, “We have a lot to do on this.”

No integrated transport card is in place for Scotland despite a 2012 plan unveiled by Ms Sturgeon for ‘Saltire Card’ – a Scotland-wide travel smart card for use in different modes of transport .

It emerged earlier this month that official COP26 attendees will receive a free card allowing travel to and around Glasgow, as well as Edinburgh, by bus, train and metro.

During the question-and-answer session, Aswad Choudhry, member of the Scottish Climate Assembly – a citizens ‘group set up by the Scottish government – said:’ I know COP26 delegates have access to transport public transport in Glasgow, during the conference, with the use of an integrated transport card which can be used on all public transport.

“However, the general public will not be able to.”

In her response, Ms Sturgeon said: “We have a lot to do on this.”

The FM added: “We often talk about the Oyster cards which in London, for example, have been a huge success.

“I think there is now a need to go beyond the physical card and support a lot more, which many bus companies are doing, contactless payments.

“There is a lot of effort to try to find these solutions. So there is work to be done. “

Glasgow has a ZoneCard for travel on ScotRail and the Underground, but it does not include all bus services and is not a smart ticketing system.

Scottish Labor transport spokesperson Neil Bibby said: “Again, what the SNP promises and what they deliver are worlds apart.

COP26 Airbnb and accommodation prices – what do owners charge for stays and are there any free places?

“In the nine years since the Saltire card was announced, we have had nothing but delays, downgrades and disappointments.

“All this rotation and hypocrisy by the Prime Minister is a shameless attempt to avoid admitting that they abandoned these plans years ago.

“We have fallen behind the rest of the world in smart ticketing because of the dragging SNP.

“With the eyes of the world on Scotland for COP26, it is time for them to show ambition for once and deliver on the agenda they promised almost ten years ago.”