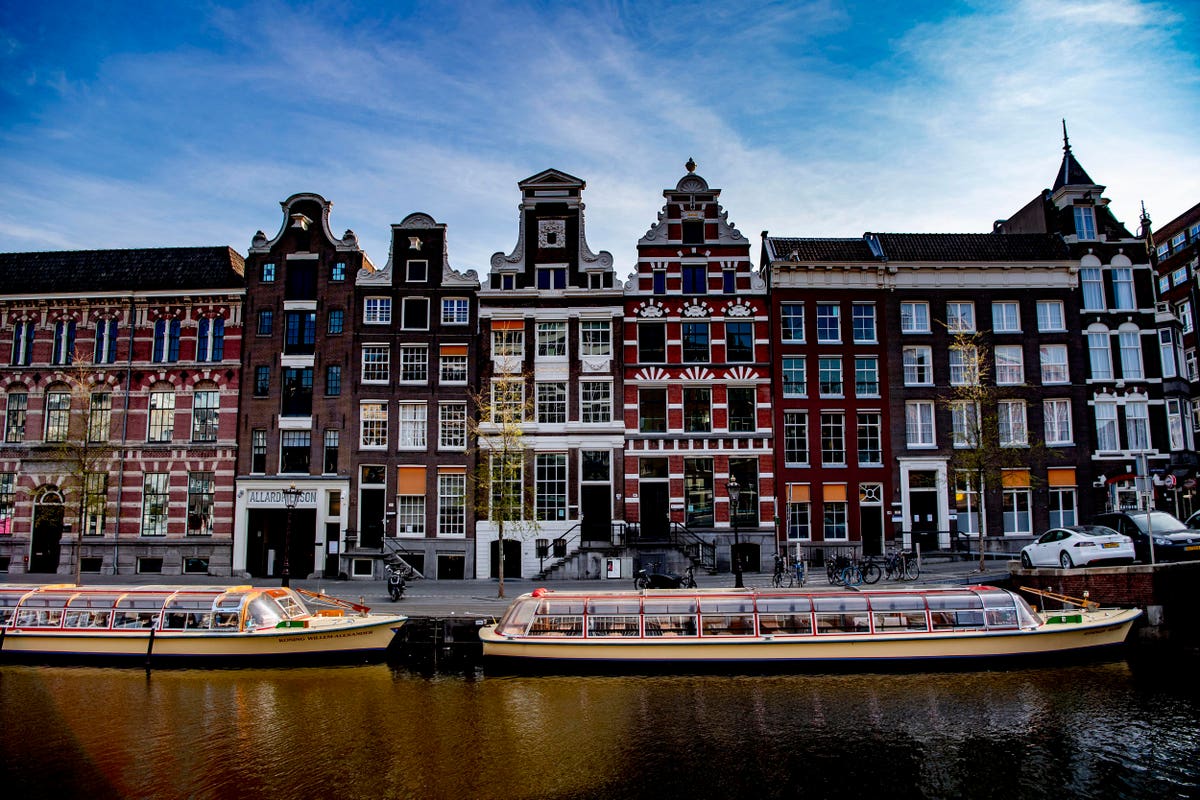 Before the coronavirus, there was a mass tourism crisis in Amsterdam, with its residents feeling alienated by the hordes of rowdy visitors, the squares and parks littered with garbage, noise and public unrest in the historic city center. .

In the wake of the pandemic, the beautiful 500-year-old Dutch city has gone from an average of around 55,000 visitors per day to almost zero.

Now that like most of the rest of Europe, the Netherlands reopens after months of restrictions, many in Amsterdam want to make sure the city says ‘good riddance to mass tourism’ and returns visitor numbers to how they were around 2014, before the situation got out of hand due to low cost flights, Airbnb and economy tours.

“The scantily clad sex workers in the windows of brothels in the back alleys like Stoofsteeg in the red light district were gone, as were the hordes of tourists who came to admire them; cafes in historic squares like Rembrandtplein and Leidseplein have not attracted visitors who descend into the city by the thousands for the cannabis they sell, ”Bloomberg reports.

This is not the first time in recent years that Amsterdam has tried to control the number and quality of its visitors and to develop sustainable tourism that creates sustainable jobs while minimizing the damage caused by the industry.

Nevertheless, as The Guardian explains, “most hotel groups, tour operators and national tourism authorities – regardless of their stated commitment to sustainable tourism – had continued to prioritize economies of scale which inevitably lead to more tourists paying less. money and putting more pressure on those same assets.

The 2020 forecast for international travel in general – before the pandemic – was an increase of between 3% and 4%.

Although since last year Amsterdam has one of the highest tourist taxes in Europe at € 3 per person per night – added to the tax of 7% of the price of a room and Airbnb is increasing its rates by 10% per night while cruise passengers were charged € 8 per person – over-tourism had not weakened the numbers drastically.

With just 870,000 inhabitants, Amsterdam attracts more than 19 million overnight visitors per year, according to official statistics. But some consider this number to be far from the reality due to the fact that private vacation rentals are not always officially registered.

A post-pandemic petition that aims to limit the number of visitors, ban the creation of new hotels and impose an increase in tourist taxes has collected the 27,000 signatures required to trigger a city council referendum on the issue of future of tourism in the Dutch capital.

The main objective of the citizens’ demand is to impose measures which will effectively limit the number of visitors to 12 million overnight stays per year, considered “the manageable levels of 2014”.

“It’s a huge noose for all entrepreneurs who focus on tourists. But it also offers a welcome break to all residents who feel increasingly distant from their city, ”says the petition.

What the proposal wants is to change the focus of any new measure from treating the city simply as a place for tourists to a place where residents are central, so that “tourists don’t visit a park. attractions but a bustling city with a diverse neighborhood economy. . “

Since those 19 million annual visitors represent revenues of over $ 6.8 billion, the city will need to strike a better balance between visitors and residents.

Among the proposed changes, the motion calling for Amsterdam’s return to its inhabitants includes:

According to The telegraph, “a survey by the Amsterdam office for research, information and statistics shows that around 42% of UK visitors said they would come back to Amsterdam less often if they were not allowed to buy cannabis there “.

Tired of being permissive

In a recent letter to city council, Femke Halsema, the city’s first female mayor, suggested not only cleaning up the city’s red light district, but moving it entirely out of the city center, from purchase goods and limit permits to ensure that the old town is not only dotted with tourist shops selling souvenirs, cannabis and junk food, but attracts businesses where residents work, grocery stores, and outlets. sale that welcome them and housing where they can live again.

For the townspeople – notorious for the permissive attitude that led them to put up with the million tourists visiting their town to smoke weed in coffeeshops and ogle legal prostitutes in red light district windows – enough had become. too much.

The coronavirus epidemic that forced the emptying of the city offers the opportunity to impose the much-desired controls.

In an article titled Call to end mass tourism, the Dutch Review wrote: “The people of Amsterdam are tired of tourists. They are taking advantage of the coronavirus to call for a reform of mass tourism in the city. ”

He adds that while the drop in visitor numbers due to the pandemic has widespread economic consequences for local businesses, residents are nonetheless enjoying the break.

“As destructive as it is, the virus has given us the opportunity to imagine a different world – a world in which we start to decarbonise ourselves and stay local,” he added. The Guardian Remarks. “The lack of tourism has forced us to consider ways to diversify, indigenize and reduce its dependence on the singing and dancing carbon disaster that is global aviation.”

The most popular UK accommodations on Airbnb right now