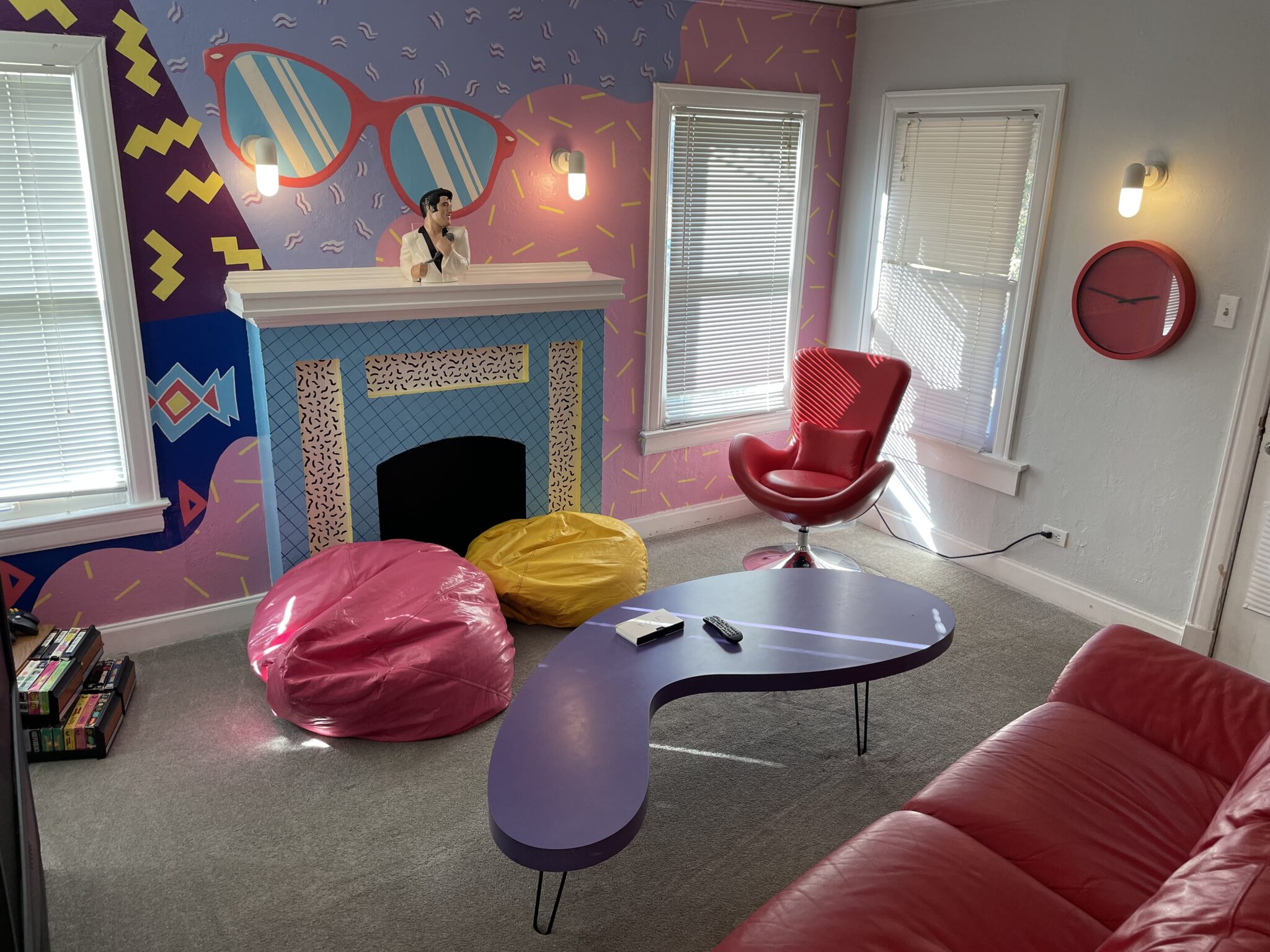 Nostalgic Airbnbs in Dallas, Texas give you a taste of the 80s and 90s

When Jeremy Turner decided to get into Airbnb business in Texas he knew he wanted to have fun with. He decided to turn his rental properties into nostalgic themed units celebrating the 80s and 90s. He affectionately refers to the rentals as “The Slater”, his 90s space named after a character from the hit show “Saved by the Bell”; “The McFly” for its 80s space named after Marty Mcfly from “Back to the Future”; and it even has a “Home Alone” themed rental unit named “The Kevin”. Here is an overview of these unique themed spaces where you can spend the night and take a trip down memory lane.

In “The Slater,” you can watch VHS tapes on the big-screen TV and play video games on a Nintendo 64 in a living room filled with bean bag chairs, with a cleverly painted wall reminiscent of the opening theme song sequence. from “Saved by the Bell.” When it’s time to eat your sugary cereal and other meals, you can do so in a kitchen that looks a lot like The Max’s restaurant from the series. Rooms are adorned with toys and collectibles from yesteryear as well as posters of pop culture icons such as “Friends,” “Titanic,” and “New Kids on the Block.”

Although these two units have completely separate entrances, they share the backyard, complete with a playground iconic to McDonald’s restaurants of yesteryear.

Next time you’re in the Dallas area and looking for a place to spend the night, you might want to book a stay at “The Roofer,” “The McFly,” or “The Kevin” for a night of nostalgic throwbacks. Be sure to follow the creator @jeremynturner on Instagram to stay up to date with all of her latest Airbnb projects, including @TheSlaterDallasTX, @TheMcFlyDallasTXand @LeKevinBNB.

Check out our video tours of “The McFly” and “The Slater” below:

Now you can sleep in a small, retired semi-trailer house