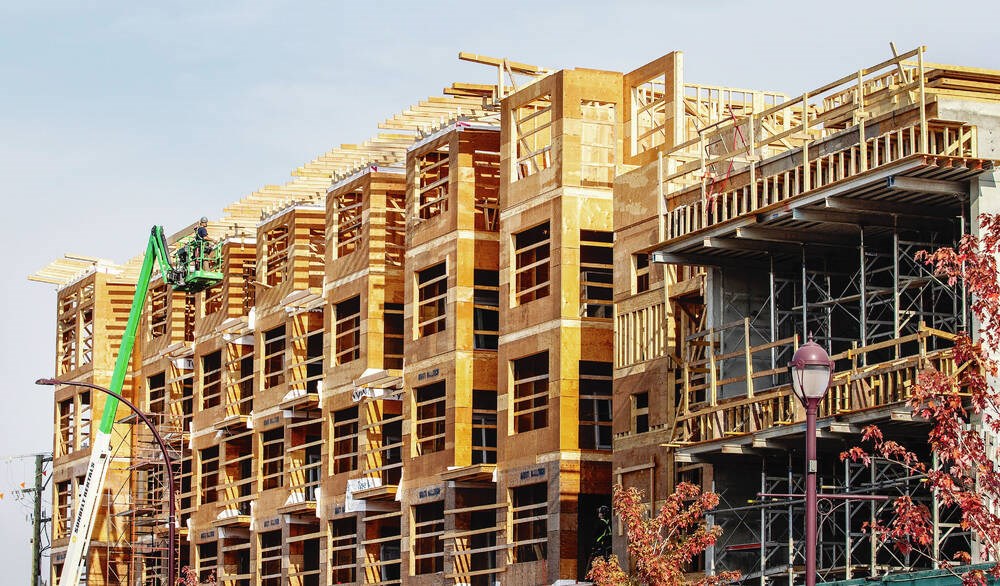 Plenty of housing if we act fast

With all the current Black Friday and Cyber ​​Monday sales advertisements, this presents our provincial and federal governments with a wonderful opportunity in Qatar.

When the FIFA World Cup is over on December 18, our government could pick up hundreds of “container” type accommodation units (currently costing $200 a night), rent an empty container ship and bring them here. .

These could be used for the homeless and provide affordable housing. And at least one multi-billion dollar stadium (the one where Alphonso Davies scored the one and only Canadian goal) should be bought, because Qatar won’t need it afterwards.

Hopefully the engineers and architects built them with planned deconstruction in mind to facilitate removal. Since there was apparently no limit on spending, I’m confident that the government of Qatar will either donate these items to BC and Canada (since we’re such nice people) or offer them at bargain prices .

As with all super sale events, we need to be on the front line in Qatar (installation camp) immediately so that when it’s all over Canada can be first and not have to be door smashes.

What an opportunity! Go Canada Go!

Lifeboat of today, iceberg of tomorrow

Premier David Eby is responding to the province’s housing crisis by demanding that more homes be built in a hurry, ordering municipalities to facilitate his directive or risk being bound by law if they delay.

And he sees another 100,000 people rolling into the Rockies next year. Get out all the stops, all hands on deck.

We probably have a problem. If not ourselves, we all know people who struggle for reasonable and affordable housing.

But how does the increase in population and the construction of more houses, along with all the necessary roads, bridges and other infrastructure, fit in with the other crises that have bedeviled us over the past decade: the “rivers atmospheric storms” that wiped out several cities last year, the “heat domes” that permanently incinerate our province and the smoke that suffocates us for an entire season, the increasingly intense droughts that dry up the reservoirs on the one of the wettest coasts on the planet?

Rampant growth, both in population and in consumption, may seem like the answer to today’s problem, but it is the known source of tomorrow’s disasters.

In desperation, we continue to launch lifeboats from the Titanic. Maybe it’s needed on a sinking ship.

But if we don’t have someone in the wheelhouse willing to slow down as we race at full speed through the fog and set a different course, we’re going to keep hitting icebergs.

Removal of the word “democratic” from the name of the party

The BC government is trampling on the rights of landowners.

First, it was the speculation and vacancy tax telling people they couldn’t own a vacant home without penalty.

Does the government also want to control the stocks or business interests in which the public is allowed to invest? All property owners in British Columbia are penalized each year by having to declare (online or by telephone) that their property is not vacant.

Now the provincial government has decided that all strata of British Columbia (55 and over exempt) must remove all restrictions on rentals. One day, we were told about it… the next day, it was the law. Strata communities no longer have control over their own environment.

They call themselves the New Democratic Party, but what is democratic about all that? The government is putting itself at risk by imposing unreasonable demands on current voters for the supposed benefit of housing new residents.

Overdensification is not the solution

Over the past five years, 7,482 homes have been built in Victoria. 1,348 are under construction.

Victoria is only 19 square kilometers. But with 4,406 people per square kilometre, we have a higher population density than Toronto.

We are obviously one of the municipalities that has created housing… a lot. Yet there is an accessibility crisis.

So when do we admit that intensification is not the answer to the housing situation in Victoria?

“Housing diversity” is used to justify building even more unaffordable housing. Trickle down housing, like the trickle down economy, has always been a failed vision.

The Airbnb effect of rising rental rates and shrinking rental housing stock is well studied and documented. Victoria must admit that we live in a city as desirable as Paris or Barcelona, ​​and ban non-hosted short-term rentals.

There is housing available, it’s just not affordable or long term.

The simplistic mantra: “We will build housing” is cheered by developers and people who naively think they can afford it, but who will really benefit and who will lose?

Wealthy investors have no problem buying new units – for second homes, for tourist rentals, to park their money and leave empty.

But local residents will lose out when rents and land values ​​inevitably rise due to this gentrification, and displaced tenants will have to move to other communities.

Amidst all the pessimism about the state of our health care, I wanted to highlight the great experience we had recently in the Neonatal Intensive Care Unit at Victoria General Hospital, when my grandson was born very prematurely at 24 weeks of pregnancy.

He then spent 106 days there before being sent home. I cannot say enough about the dedicated nurses, doctors and other staff, and the world-class professional and compassionate care our grandson and his parents received.

It was hard to believe he could survive this age and stage, let alone thrive and overcome every complication along the way – which was dealt with quickly, expertly, with full information, explanations and collaborative decision making.

The nurses go above and beyond their job duties, celebrating every milestone and “achievement,” writing baby notes to parents, and even making Halloween costumes for all the babies in the NICU.

We are so lucky and grateful that they were able to receive the care they needed here in their hometown – which made all the difference to the support of their friends and family and to being able to return home the evening after long days.

Since its release, it continues to enjoy excellent and timely follow-up and support from “the team”.

I support the recent article and advocacy by a local paediatrician for neonatal and pediatric care in Victoria, and have been privileged to see firsthand the difference it can make for the most vulnerable premature babies and their families. .

Controlled environments better than the street

This approach has been used for years and millions of dollars are spent with the obvious result of more violence, more homelessness and more overdose deaths.

Do you think we may need to be more proactive and put strategies in place that will address the most important issues first?

The most severely affected humans living on the streets have multiple problems that cannot be solved by superficial interventions. These people usually have serious mental illness, drug addiction, and possible brain damage due to their lifestyle.

Adults with Alzheimer’s disease or other progressive dementias are placed in a safe, controlled environment where family and staff can take them out into the community without fear of harm.

This type of frame is required for people on the street who cannot take care of themselves. It is against their human rights to leave them alone without interference from society.

These people need to be taken care of right now. We need to get them off the streets where they actually pose a danger to themselves and to others. Many are repeat offenders and exhibit behaviors that make our cities unsafe for businesses and everyone else in their neighborhood.

They need at least 30 days of assessment to determine the severity of their condition and whether they may need ongoing care in a supportive and safe setting.

All housing/treatment options should be explored and temporary solutions created until a more comprehensive system is in place.

Supported recovery homes, small group homes, psychiatric wards and empty hospital facilities could provide immediate respite to help these people be safe for themselves and the community.

Current downstream interventions are not working and the chaos is growing exponentially. We throw tons of dollars in the river and don’t have much to show for it.

That’s not to say we don’t have a lot of benevolent nonprofits out there trying their best to be helpful, but we still have to weigh results against time, money, and results to see what we have to do next and how to proceed.

Choose our military over being homeless

Trying to be constructive in addressing two longstanding societal challenges.

I see a number of able-bodied homeless people in our community who, in times of crisis, may be eligible to serve in our armed forces.

I respectfully suggest that every consideration be given to staffing and housing these young Canadians during these “exceptional” times.

SEND US YOUR LETTERS

• Submissions should not exceed 250 words; subject to editing for length and clarity. Provide your contact details; it will not be published. Avoid sending your letter as an attachment.

How much does a “White Lotus” holiday really cost?