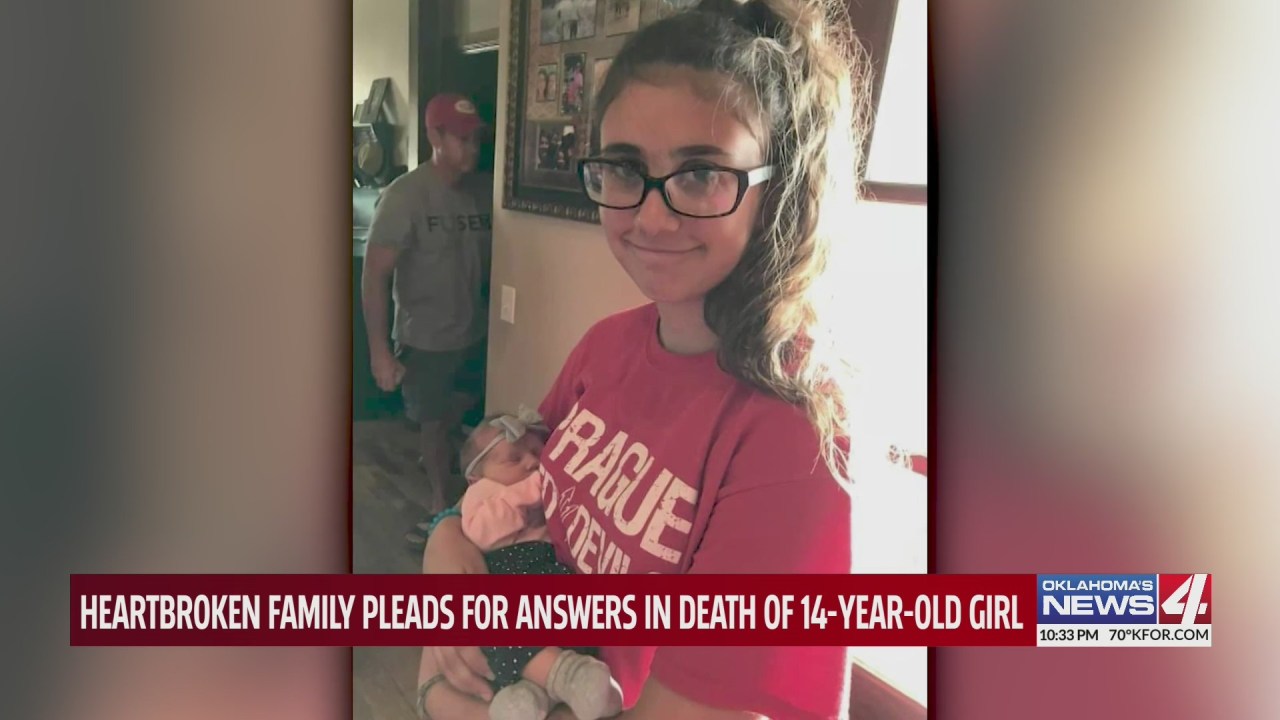 “If she’s seen you and you don’t have any friends, she’ll come talk to you.” She’s going to be your friend, ”said Heather Williams, Alaunna’s mother. “He was a very empathetic person.”

Alaunna Raffield’s parents said the high school cheerleader was also passionate about baking. They said she used her talent for birthdays or fundraisers for those in need.

“The world outside of town will never get to know her or see what she might be up to,” said Alaunna’s stepfather, Kevin Williams.

Early on December 8, Heather said she found Alaunna’s cold, lifeless body in the garage with a gunshot wound to the head.

“The gun was several feet from his body,” Williams said. “She was lying on her back and Heather was rocking her head.”

The Prague police and the medical examiner called his death suicide. However, Alaunna’s family said things were not quite right.

“She was right-handed and the shot was from the left side,” Williams said.

Police in Prague reportedly said the small pistol was too heavy for Alaunna to hold.

The Williams also wonder why more tests haven’t been done, including dusting fingerprints on the pistol and testing for gunpowder residue.

“No bullet residue test was done on his hand, clothes or head,” the teenager’s stepfather said.

Investigators tested the sweater Alaunna was wearing, but only after the funeral home washed it three times.

“A little triangular sample from each sleeve right next to the cuff and they tested it,” he said.

The results for gunpowder residue came back negative.

“There’s still someone, probably, someone else who knows something about what happened,” Williams said.

News 4 contacted the Prague Police Department, but no one was available to take our call.

Alaunna’s family said that a scholarship is underway in her name and that the first annual Alaunna toy race begins in December.

Oklahoma residents who are having thoughts of harming or are in crisis can call the national lifeline for suicide prevention – 24 hours a day, 7 days a week, free of charge. If you need assistance, please call 1-800-273-TALK (8255).