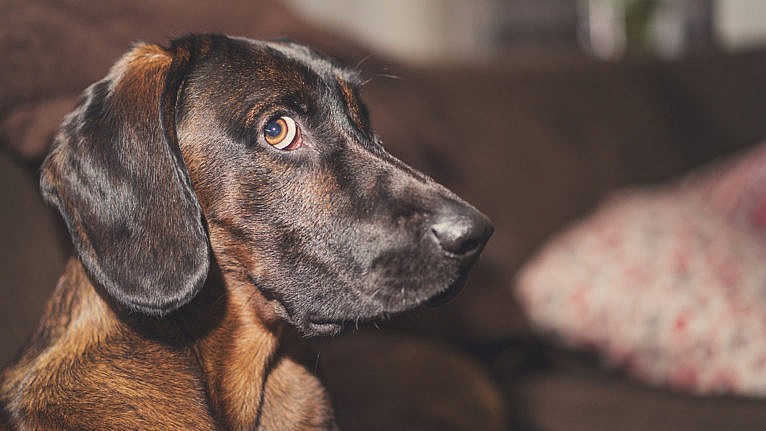 All those dogs Canadians adopted during the pandemic? They are a bit under-socialized now.

“I don’t take it if he’s that anxious,” said one would-be puppy sitter we found on Rover, an Airbnb-style app that connects pet owners with walkers and boarders. I couldn’t blame him: Our pandemic pup had just spent 20 minutes barking at him as we tried to exchange pleasantries when we first met at a neighborhood park. Any attempt she made to engage our dog was met with a lunge and a growl.

“He’s really nice once you get to know him,” I said, giggling.

“Have you tried CBD oil?” she answered.

In March 2020, when COVID first hit and many of us were sent home to work remotely, smiling dog memes started circulating proclaiming that at least the dogs of the world were enjoying that everyone is suddenly confined to the house. Then came another trend: people started adopting dogs in droves. A survey found that 3.7 million Canadians, or 10% of the population, have adopted, purchased or fostered a cat or dog during the pandemic.

MORE: The Case Against the Puppies

There was one small problem though: Dogs need various types of socialization, like interacting with other humans and other dogs, which was difficult during the early days of the lockdown when the streets were empty and people avoided each other on the sidewalks. They also have to get used to being away from their owners – another challenge when their owners have been told to go home and stay there.

Aron Broder, a 25-year-old actress who lives in Toronto, was in acting school and studying online in March 2020 when she got Mawzie, a six-month-old corgi mix. After restrictions were lifted and Broder started going to rehearsals in person, she realized that leaving Mawzie at home wasn’t going to be as easy as putting her in her crate and shutting down. the door. “When I start putting makeup on, his cock goes down. I see it in his eyes,” she says. “When I close the door, he starts barking nonstop and he’ll go to the bathroom in his crate.” was also scratching the crate and himself, often injuring himself in the process.

Carolyn Hatfield, owner of the Canine Social Company in Toronto, says that during the pandemic she has seen a striking change in dogs who are introduced to daycare, in how they deal with being away from their owners and interact with people. other dogs. “We used to approve 90-95% of the dogs,” says Hatfield. “Now we see [about] 40% are not approved. Some suffer from separation anxiety, she says, which “manifests itself almost like a deer in the headlights: ‘Why am I here? I’m afraid.’ ”

Philip Rooyakkers, owner of the Urban Puppy Shop in Vancouver, also sees anxious puppies at his dog daycare. Even dogs who were previously happy to be dropped off for the day weren’t happy to be separated from their owners after the lockdowns were lifted. “They’ve been so secure in that connection with their owners,” says Rooyakkers. “I’ve trained probably over 1,000 people on how to raise a puppy in the first year, and one of the things I always try to do is get people to let the puppy spend time away from them. [their owners] to teach them to be comfortable on their own.

So what does this mean for dog owners whose puppies are a little too attached to them? Broder says she’s spent thousands of dollars on training and can now leave Mawzie for four hours straight without him getting too upset. On our end, we put more effort into acclimating our puppy to his dog-sitter than we did our first-born at daycare. But the effort has paid off: the babysitter is now part of his “people”, and he is as happy at home as he is at home. We’re still working on the strangers he encounters on the street – he keeps rushing and growling occasionally. Of course, part of that is just learning what it means to own a dog. “I didn’t expect it to be so hard to leave him,” Broder says.

I didn’t expect it to be so difficult.

This article appears in print in the April 2022 issue of Maclean’s magazine with the title “Problem Puppies”. Subscribe to the monthly print magazine here.

Do you want more ?

Get the best of Maclean’s sent straight to your inbox. Sign up for daily stories and analysis.

ICYMI: Key lawmakers leading the fight against anti-LGBTQ+ bills in TX, AL, FL, KY, KS and TN highlight the urgency of the national crisis brewing in the states and provide insight into the way forward for LGBTQ+ people